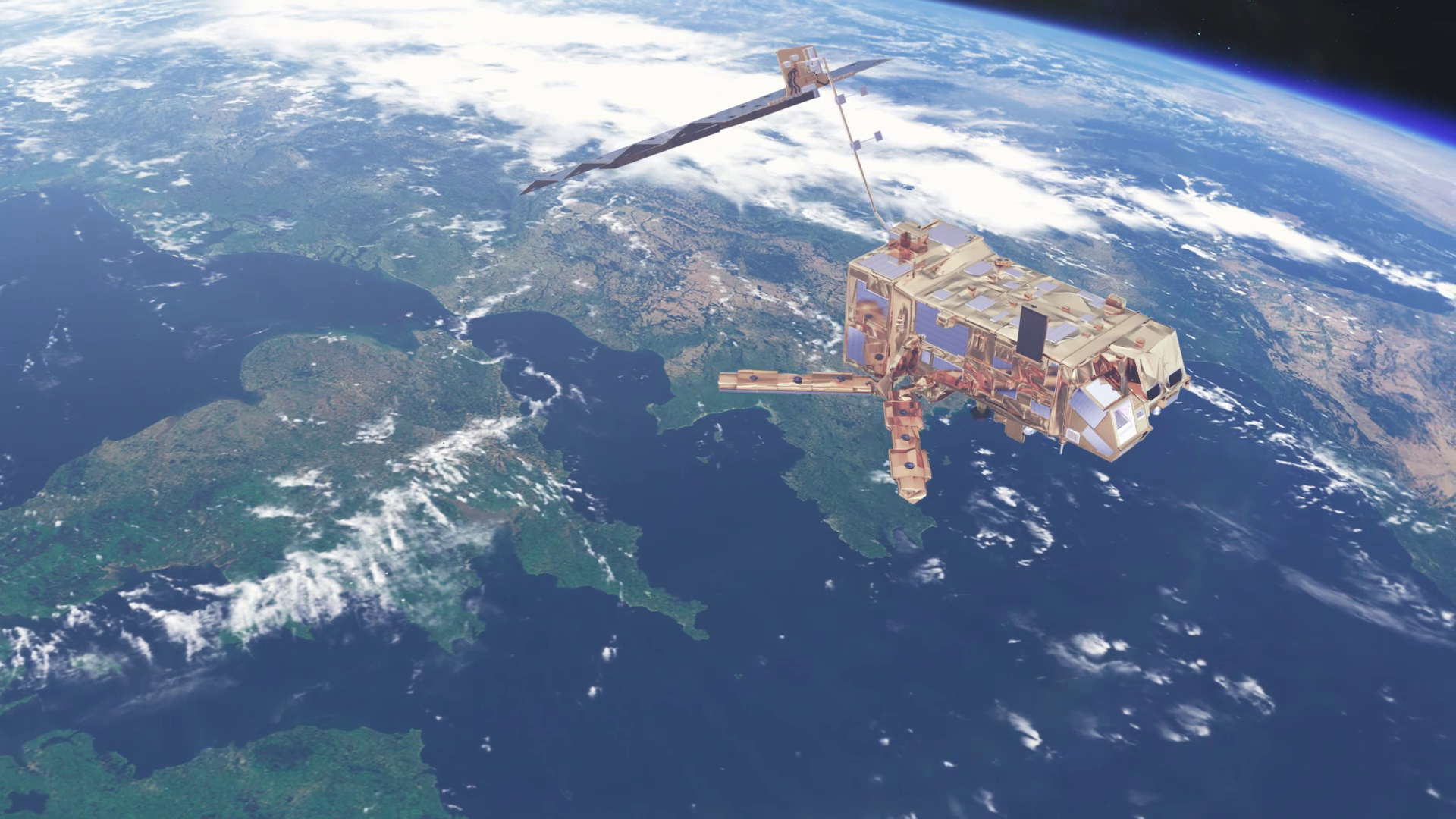 From pole to pole

In 2006, the launch of MetOp-A marked a new era in operational meteorology. It was Europe’s first weather satellite to orbit Earth from pole to pole, just over 800 km high, complementing the long-standing series of Meteosat satellites that hover 36 000 km above the equator in geostationary orbit. The MetOp programme comprises a series of three identical satellites. Launched sequentially, they ensure continuous observations of a host of atmospheric variables such as temperature, humidity, trace gases, ozone and wind speed over the ocean. These data are used largely for numerical weather prediction – the basis for weather forecasting. They also contribute to climate research. MetOp-B was launched in 2012 and MetOp-C launches in 2018. The MetOp satellites are developed by ESA under a cooperation agreement to form the space segment of the Eumetsat Polar System. This system is Europe’s contribution to a multi-orbit polar system shared with the US NOAA agency.