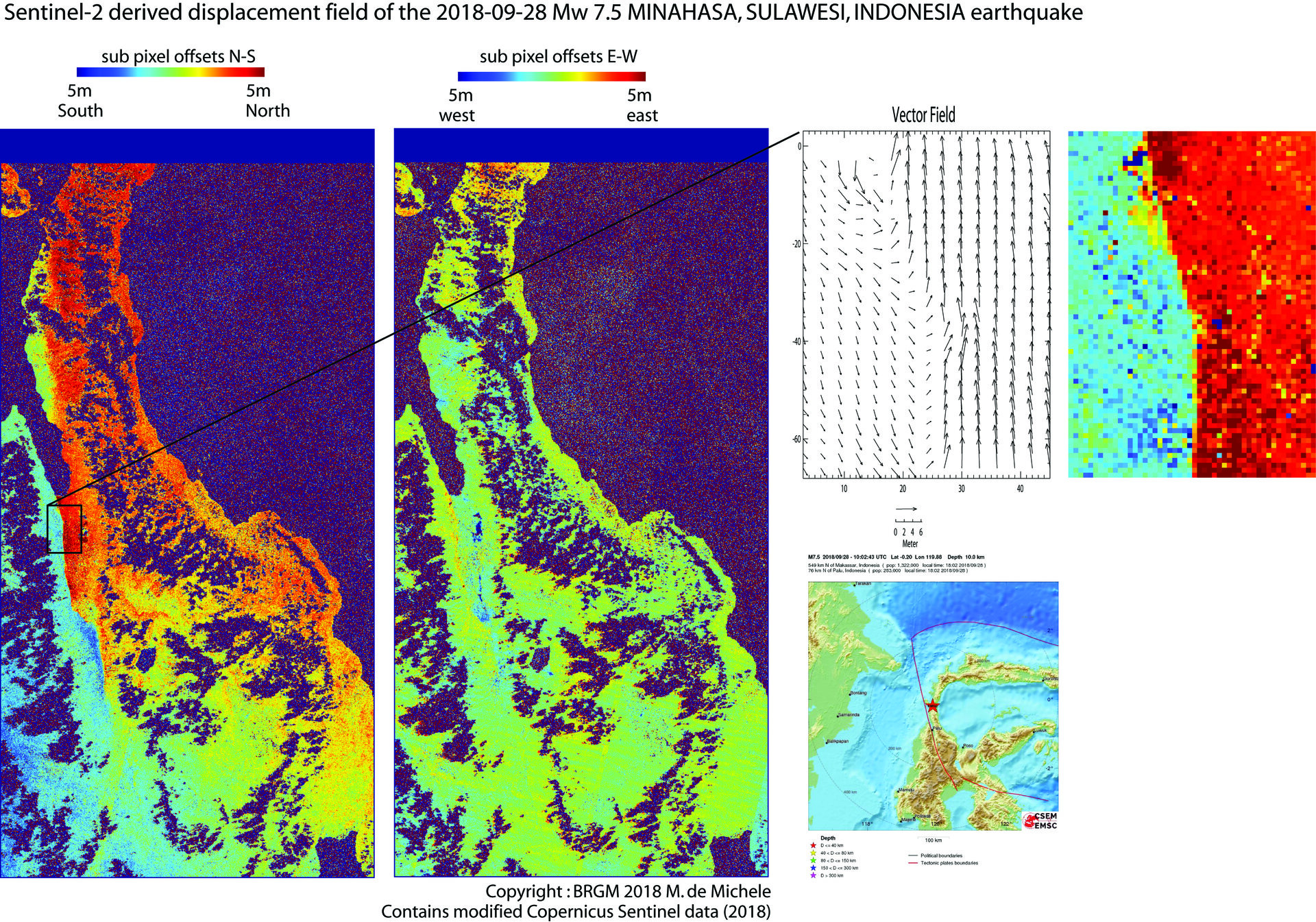 The earthquake and subsequent tsunami have destroyed homes and are thought to have claimed at least 1400 lives according to the most recent reports. It has been estimated that up to 1.5 million people will be affected by these events.

Satellite data can be used to support international disaster risk management efforts, such as those in Indonesia. One of the ways in which ESA is contributing to this area is through leading a range of activities in the framework of the Committee on Earth Observation Satellites (CEOS) Working Group Disasters.

In particular, the Geohazards Office, led by the French Geological Survey (BRGM) liaises with practitioners on the exploitation of Earth observation processing services to support hazard mapping and risk assessment. This is in the spirit of the International Forum on Satellite Earth Observation and Geohazards.