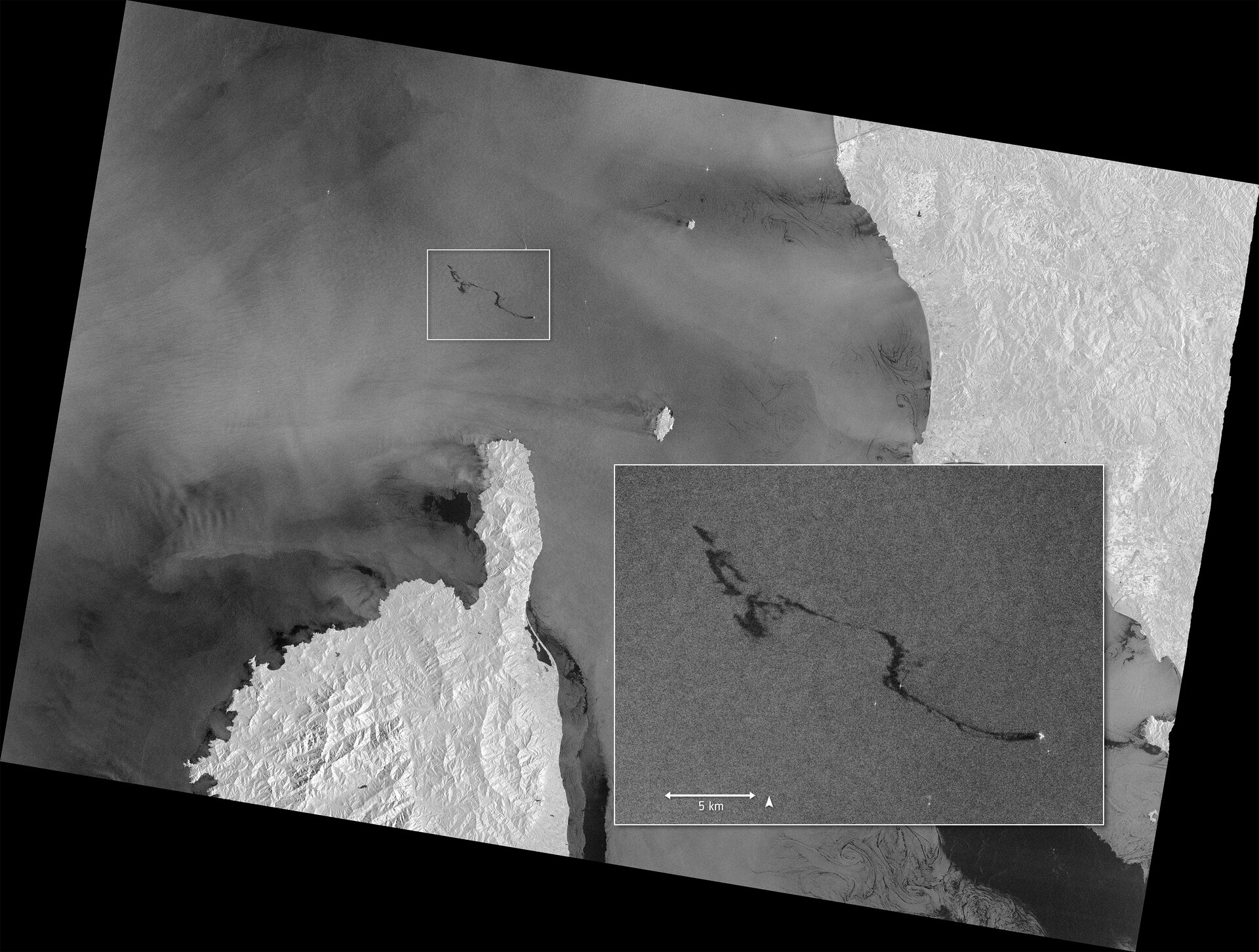 The Copernicus Sentinel-1 mission has imaged the oil spill in the Mediterranean following a collision between two merchant ships on Sunday 7 October 2018. A Tunisian cargo ship is reported to have struck the hull of a Cypriot container ship in waters north of the French island of Corsica. There were no casualties, but the collision caused a fuel leak – which has resulted in an oil slick about 20 km long. Although the collision occurred in French waters, the cleanup operation is part of a joint pact between France, Italy and Monaco to address pollution accidents in the Mediterranean.

This image of the slick, which can be seen as a dark patch north of the tip of Corsica, was captured by the Sentinel-1A satellite today at 05:28 GMT (07:28 CEST). Sentinel-1 is a two-satellite constellation built for the European Commission’s Copernicus environmental monitoring programme. The identical satellites each carry an advanced radar instrument that can ‘see’ through the dark and through clouds. Its wide swath allows large areas of Earth’s surface to be imaged so that events such as this can be detected and monitored easily. Sentinel-1 images are used by the European Maritime Safety Agency as part of CleanSeaNet, the European satellite-based oil spill and vessel detection service.