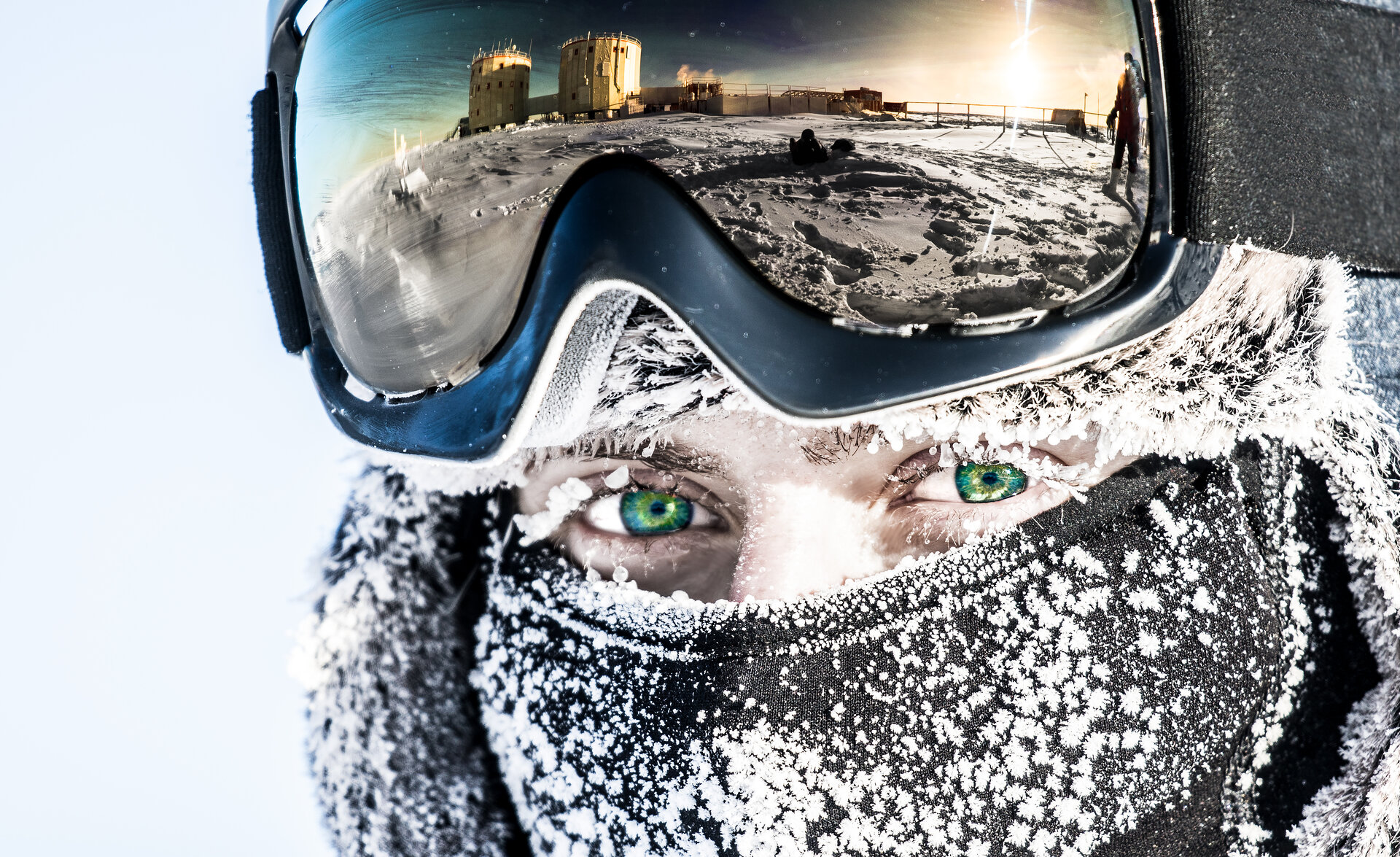 Space may be the final frontier for human exploration but it is certainly not the only frontier. Remote areas on Earth, like Antarctica, continue to draw researchers and explorers for their otherworldly potential.

Pristine environments, limited resources, and near-complete isolation are just some of the attractions of Antarctica, often termed the White Desert. Numerous research stations dot the outer regions of the continent where scientists gather data on glaciology, seismology, climate change and the stars.

The French-Italian Concordia research station is one of three year-round stations and is located on Dome C, a plateau some 3200 m above sea level. Secluded from the world in inhospitable conditions, the crew stationed there tackle temperatures that can drop to –80°C in the winter, with a yearly average temperature of –50°C.

The air is extremely dry, so the crew suffer from continuously chapped lips and irritated eyes. The great open landscape alternates between months of night and months of daylight, and colours, smells and sounds are almost non-existent, adding to the sense of loneliness.

In other words, Concordia is perfect.

Here, researchers study the atmosphere, free from pollution, to gain insights into how the world’s population is changing Earth’s climate. Scientists conduct glaciology research by analysing the Antarctic plateau to reveal clues to our past as chemicals are trapped and frozen in the ice.

The thin atmosphere, clear skies and zero light-pollution around Concordia make it an enviable place for observing the Universe. The very southern location of Antarctica also makes it ideal for studying Earth’s magnetic field.

Delving deeper, Concordia is looking at the inside movements of Earth. A seismograph at Concordia measures movement and the research base is part of the international network of seismograph stations.

And then there is the human factor. Despite all the hardships of life in Antarctica, up to 16 people spend around a year at a time living in Concordia in the name of science. In addition to helping conduct other experiments and station maintenance, they are an experiment themselves. And ESA sends a medical doctor to Concordia to study the crew, like this year’s resident Dr Carmen Possnig, imaged above.

The elevation, isolation and sensory deprivation can wreak havoc on crewmembers’ biological clock, making it hard to get a good night’s sleep. Researchers track the effects of this on the human body and mind which adds to data being collected on astronauts on the International Space Station.

Insights are used to help people on Earth like shift workers, bedridden patients and those suffering from sleep disorders, and of course, astronauts serving in low Earth orbit.

Antarctic research at Concordia is helping humans adapt, mentally and physically, to a changing climate, a longer voyage in space, and eventually, life on another planet.

Read more about life at Concordia on the Chronicles from Concordia blog.