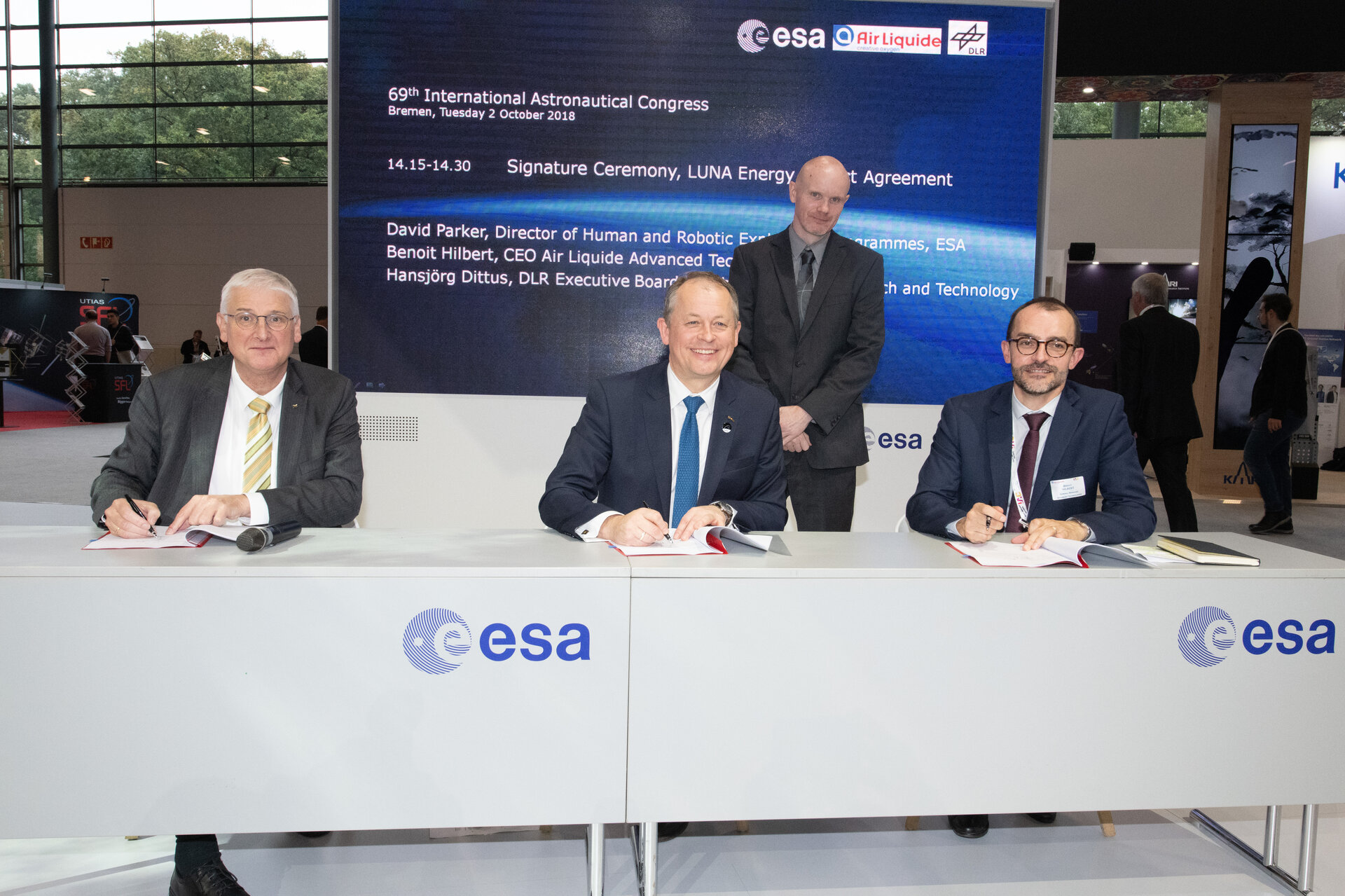 A signature event between ESA, Air Liquide Advanced Technologies and the German Aerospace Center DLR at the International Astronautical Congress in Bremen, Germany, on 2 October 2018.

The agreement sees the partners join forces to establish, operate and use an energy facility that simulates energy supplies for a lunar base. This cooperation supports ESA’s Exploration Strategy, promotes environmentally-friendly energy solutions and creates expertise for applications on Earth in the energy sector.

ESA is about to establish a lunar analogue called Luna next to the European Astronaut Centre in Cologne, Germany. This facility will hold around 1000 m2 of simulated lunar regolith representing the Moon’s surface, a moon habitat and an energy facility that supplies the habitat with electricity.

Luna will be used to prepare and demonstrate technologies and operations for human exploration of the Moon such as astronauts and robots working together or demonstrating tools.

The energy facility is a centrepiece of the Luna project. Energy on the Moon will be based on solar energy, which needs to be stored for times when the Sun is not shining – as on Earth except lunar days and nights last about two weeks. One way of storing solar energy is to produce hydrogen and oxygen through electrolysis. The hydrogen and oxygen can be stored to be turned into energy and water using a fuel cell.

The fuel cell will be provided by Air Liquide and DLR will provide the electrolyser. Both partners bring their broad expertise in integrating and operating such components.

The Partners also agreed to using the facility for individual or joint research and development for robustness of the facility as well as activities in material science, fluid physics and electrochemistry that are related to generating and storing energy on the Moon.

Partnerships to supply the other elements of the energy facility such as the solar panels, batteries and power control unit  are expected soon.