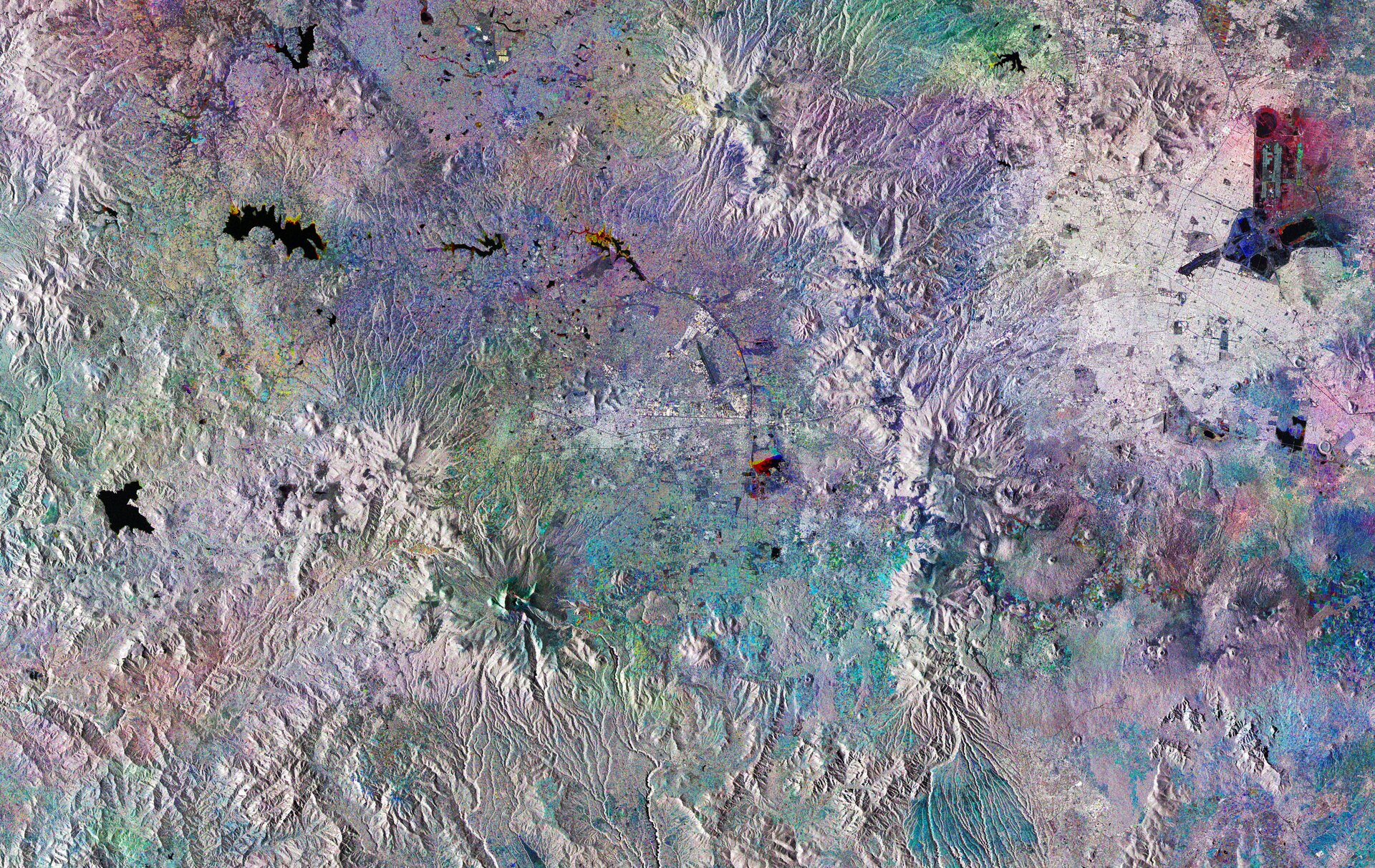 The Copernicus Sentinel-1 mission takes us over Mexico City. This huge, densely-populated capital can be seen in the top right of the image. It is home to almost nine million people, with the Greater Mexico City area recording a population of over 21 million. This makes it the largest Spanish-speaking city in the world.

This striking image has been created using three Copernicus Sentinel-1 acquisitions from 28 July, 27 August and 26 September 2018, overlaid in red, green and blue, respectively. Where we see explosions of colour, changes have occurred between the different acquisitions.

In the left of the image, three bodies of water are shown in black: Villa Victoria, Valle de Bravo, and Tepetitlán. Water is significant to the development of Mexico City, which is thought to have been built over a lake by the Aztecs around 1325.

Today, the city finds itself in a precarious situation in terms of water supply in spite of the regular flash floods and heavy rainfall it experiences during the wet season from June and September.

In the top right, we can see the round structure of El Caracol meaning ‘the snail’ in Spanish. Currently used as a reservoir for industrial facilities within Mexico City, there are plans for this to become a wastewater treatment plant. A 62 km-long sewer tunnel is also due to begin operating this year.

The Cumbres del Ajusco national park is shown to the southwest of the capital, in an area of the image that shows colourful dots forming a circle. Famous for being up to almost 4000 m above sea level at its highest elevation, it is one of many national parks surrounding the capital.

Volcanoes are also dotted around this area. Popocatépetl, to the south east of Mexico City, last erupted in September 2018.

Sentinel-1 is a two-satellite mission to supply the coverage and data delivery needed for Europe’s Copernicus environmental monitoring programme. The satellites each carry an advanced radar instrument to provide an all-weather, day-and-night supply of imagery of Earth’s surface.