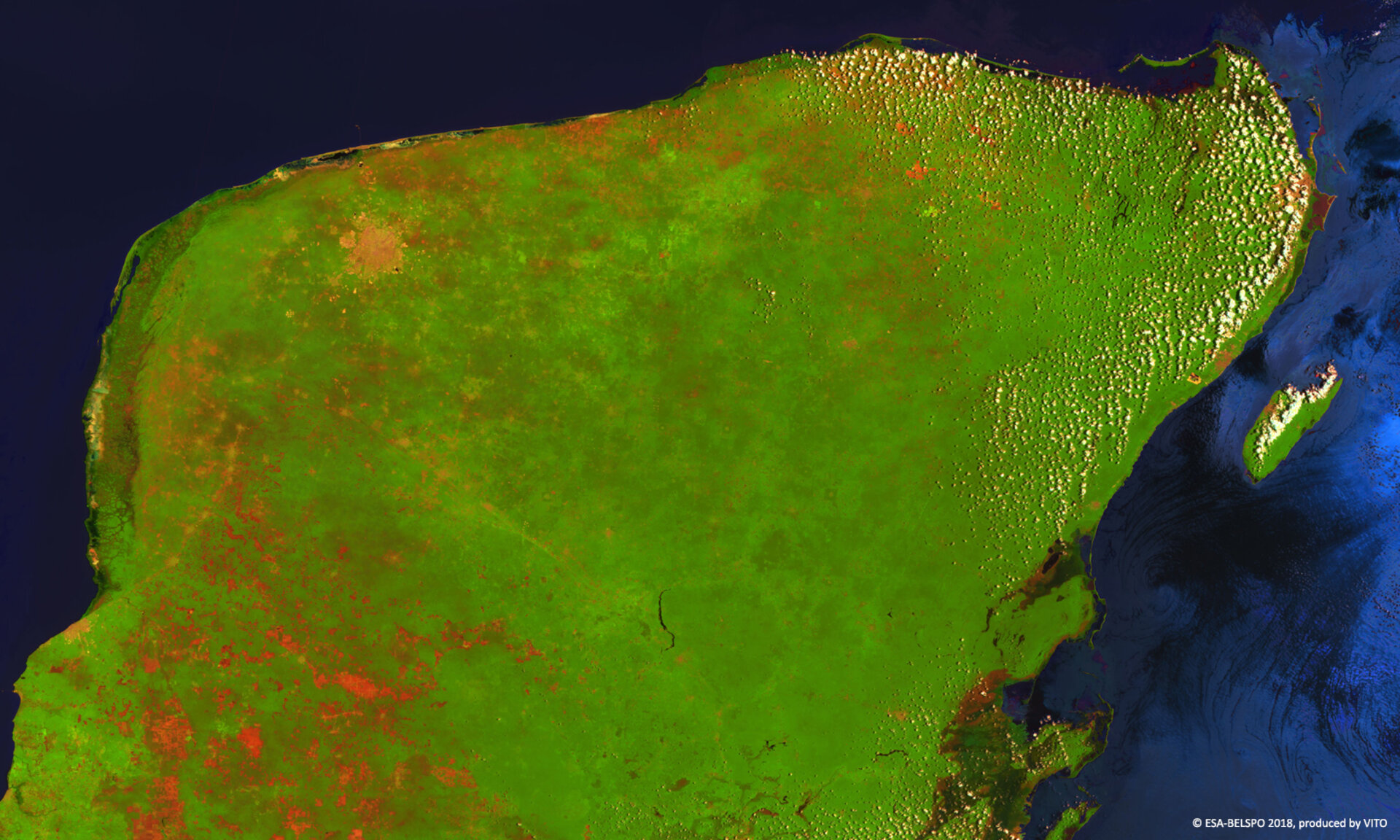 ESA’s Proba-V minisatellite images the verdant Yucatán peninsula, once home to the Maya civilization and the site of the impact believed to have doomed the dinosaurs.

As part of the Atlantic Hurricane Belt – placed between the Gulf of Mexico to the west and the Caribbean Sea to the east – the largely flat peninsula is vulnerable to storms from the east. Yet, its easternmost side is the site of popular beach resorts and tourist hotspots such as the city of Cancún. Moving further south towards Belize, the state of Quintana Roo is home to the biosphere reserve of Sian Ka'an, home to jaguars and archaeological sites of the Maya.

On the western side, the large orange-brown spot is the city of Mérida, near the centre of the buried Chicxulub crater. This was formed by the impact of a 10- to 15- km large asteroid or comet, triggering a major climate disruption and extinction event, just under 66 million years ago.