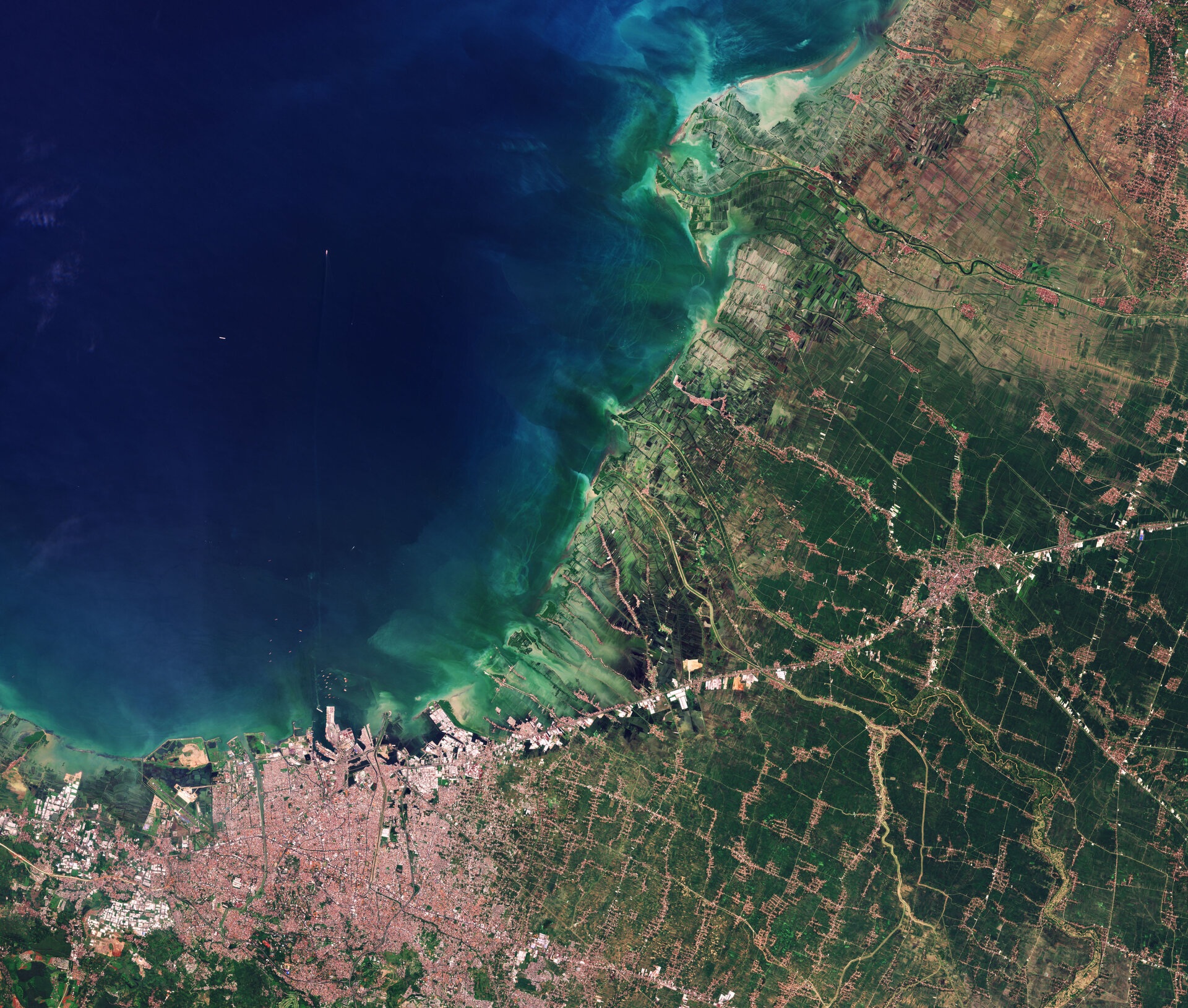 The Copernicus Sentinel-2B satellite takes us over Semarang, Indonesia. A port city on the north coast of Java, Semarang is the fifth-largest city in the country, covering some 374 sq km and home to just over 1.5 million people.

This true-colour image shows the heart of the bustling regional commercial centre in the bottom-left, where a range of industries from fishing to glass manufacture and textiles operate. Exports of rubber, coffee, shrimp, tobacco, and cacao, among other products, pass through the city’s harbour, which can also be seen in the bottom-left of the image.

The Java Sea dominates the left part of the image. Flood management remains an ongoing challenge for the area, with the city being prone to tidal flooding.

The island nation of Indonesia is particularly vulnerable to sea-level rise. Some parts of Semarang, such as the residential area of Candi Baru, shown in the bottom-left of the image, stand just above sea level.

In the right of the image we can see mainly agricultural land, with rice fields stretching across the landscape. Land subsidence has been widely reported in the area, particularly in the northern part of Semarang, accelerated by population increases and urban development.

The impacts of subsidence include the wider expansion of (coastal) flooding areas, cracking of buildings and infrastructure, and increased inland seawater intrusion.

This image, which was captured on 9 May 2018, is also featured on the Earth from Space video programme.