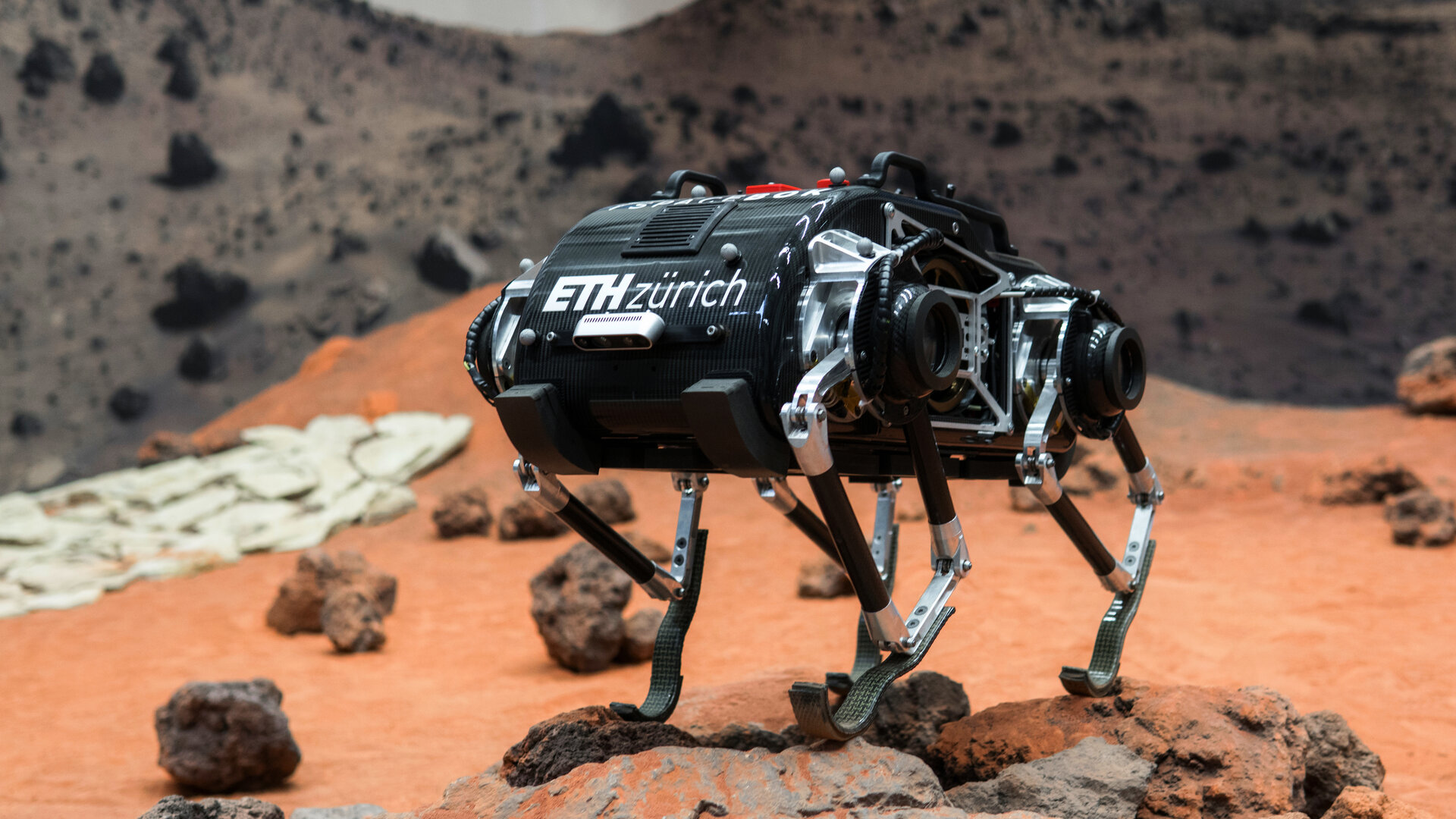 This walking and hopping robot is currently being tested in ESA’s Mars Yard.

SpaceBok is a quadruped robot designed by a Swiss student team from ETH Zurich and ZHAW Zurich, under the supervision of Professor Marco Hutter and PhD student Hendrik Kolvenbach, for future missions to the Moon or Mars.

“Legged robots can traverse unstructured terrain and could be used to explore areas of interest, such as craters, which rovers are unable to reach,” explains team member Patrick Barton. “As they are very versatile, they can change gait to adapt to different terrain.”

“In contrast to other legged robots, SpaceBok is primarily built for hopping,” adds team member Elias Hampp. “While this is not particularly useful on Earth, it could reach a height of four metres on the Moon. This would allow for a fast and efficient way of moving forward.”

ESA’s 8 x 8 m Mars Yard ‘sandbox’, filled with different sizes of sand, gravel, and rock, is part of the Planetary Robotics Laboratory at the Agency’s ESTEC technical centre in Noordwijk, the Netherlands.

See video of the SpaceBok here.