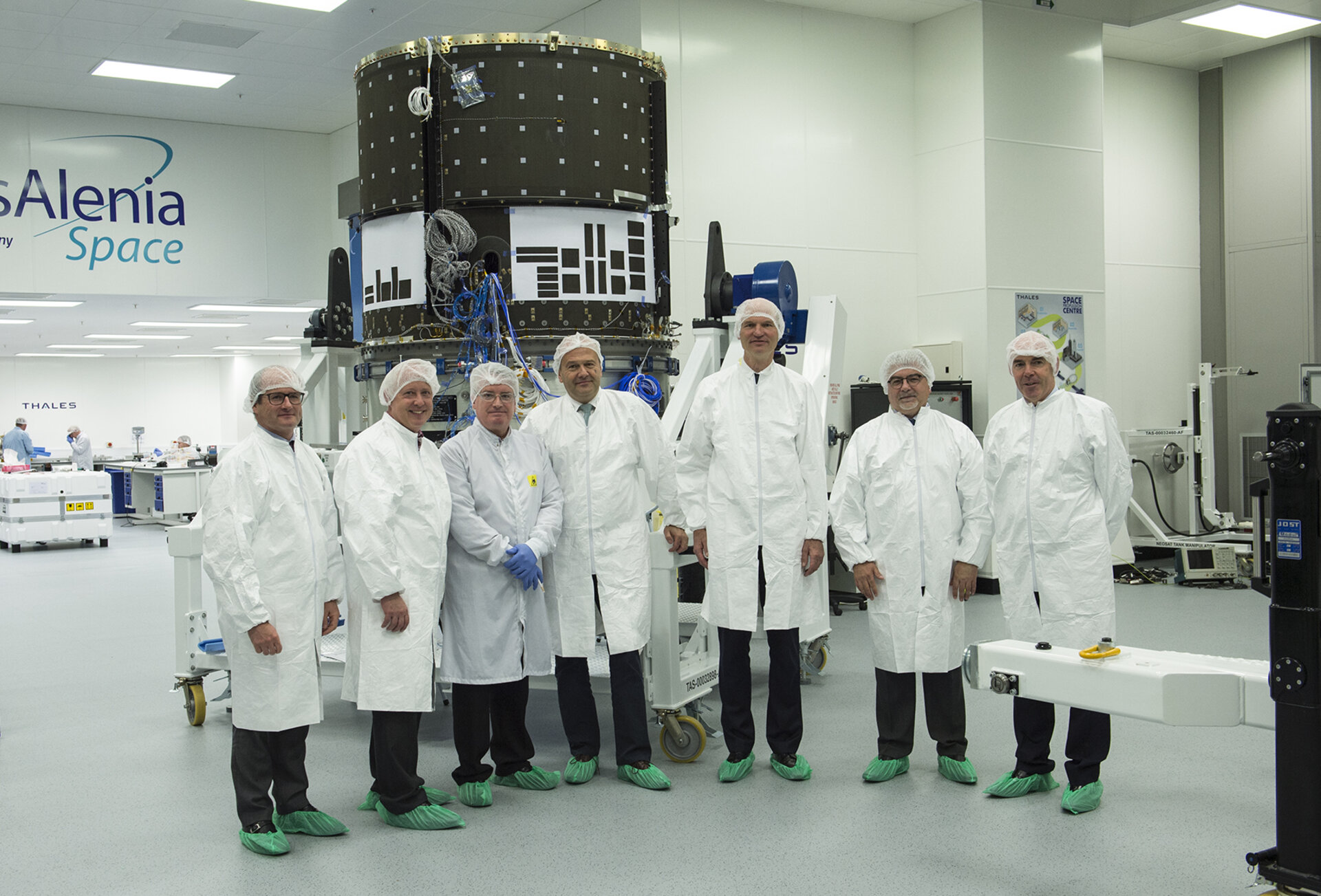 Spacebus Neo is a new telecom satellite product line by Thales Alenia Space, developed under ESA’s Neosat programme. Its first new electric propulsion module is seen in Thales UK’s Belfast assembly centre before being shipped to Cannes for final spacecraft assembly. This first satellite will be Eutelsat’s KONNECT, which will provide broadband to Europe and Africa.

The new Spacebus Neo product line is developed in the frame of ESA's Advanced Research in Telecommunications Systems (ARTES) programme, in cooperation with space agencies from ESA Member States, particularly CNES and the UK Space Agency.

The Neosat programme comprises both Spacebus Neo by Thales Alenia Space and Eurostar Neo by Airbus Defence and Space. It includes development and in-orbit validation of the new satellite product lines for both companies, allowing the two European satellite prime integrators to deliver competitive satellites for the commercial satellite market.