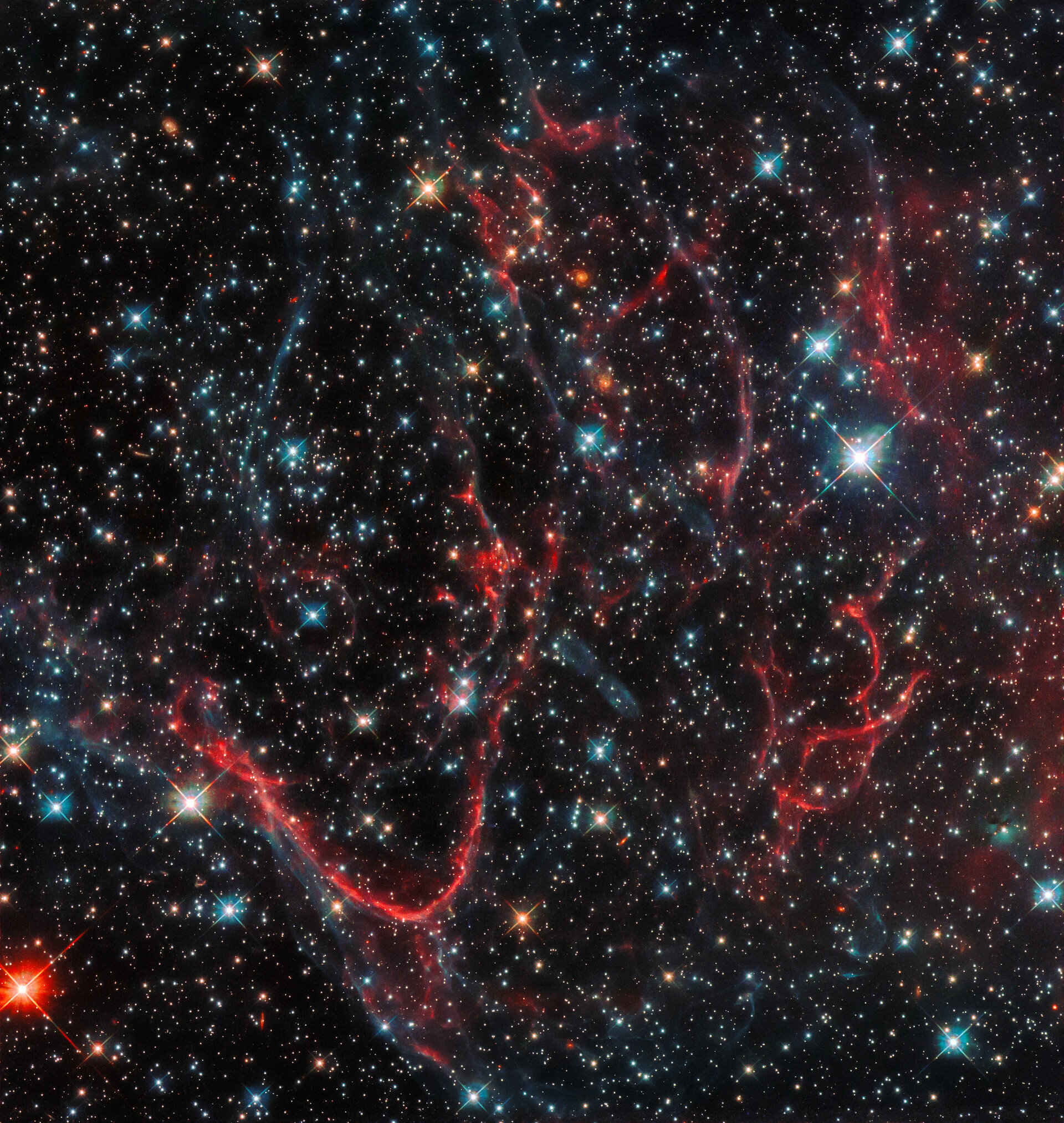 This dark, tangled web is an object named SNR 0454-67.2. It formed in a very violent fashion — it is a supernova remnant, created after a massive star ended its life in a cataclysmic explosion and threw its constituent material out into surrounding space. This created the messy formation we see in this NASA/ESA Hubble Space Telescope image, with threads of red snaking amidst dark, turbulent clouds.

SNR 0454-67.2 is situated in the Large Magellanic Cloud, a dwarf spiral galaxy that lies close to the Milky Way. The remnant is likely the result of a Type Ia supernova explosion; this category of supernovae is formed from the death of a white dwarf star, which grows and grows by siphoning material from a stellar companion until it reaches a critical mass and then explodes.

As they always form via a specific mechanism — when the white dwarf hits a particular mass — these explosions always have a well-known luminosity, and are thus used as markers (standard candles) for scientists to obtain and measure distances throughout the Universe.