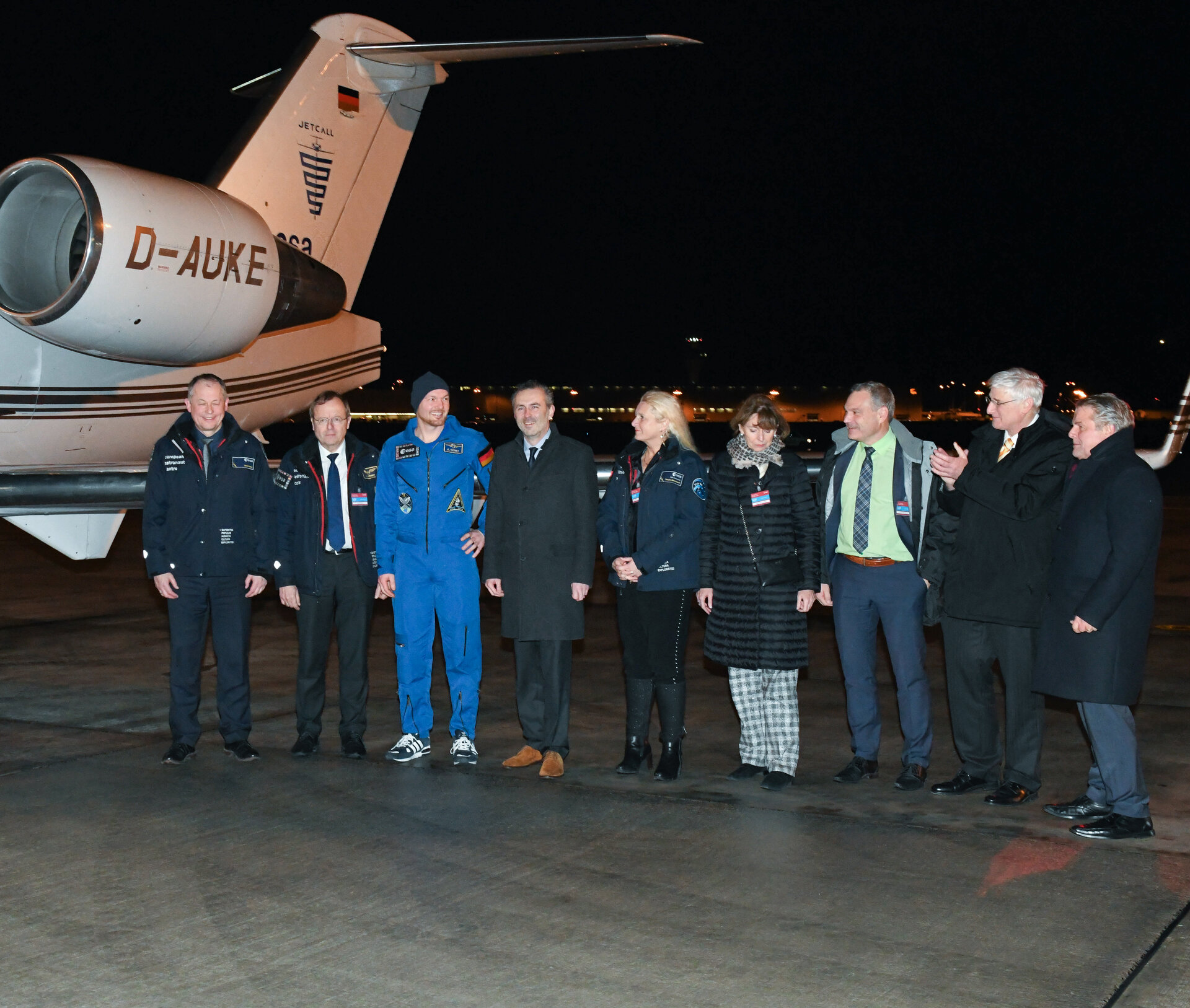 ESA astronaut Alexander Gerst arrived at Cologne airport on the evening of 20 December 2018. He had landed on Earth for the second time earlier in the morning together with NASA astronaut Serena Auñón-Chancellor and Roscosmos cosmonaut Sergei Prokopiev. Their Soyuz MS-09 spacecraft landed in the steppe of Kazakhstan at 05:02 GMT (11:02 local time). The landing concluded Alexander’s Horizons mission that saw him take over command of the International Space Station during Expedition 57.

Alexander will take his time to readapt to Earth’s gravity supported by ESA’s team of space medicine experts at the European Astronaut Centre in Cologne, Germany. He will also continue to provide ground-based data for researchers to support experiments performed in space.