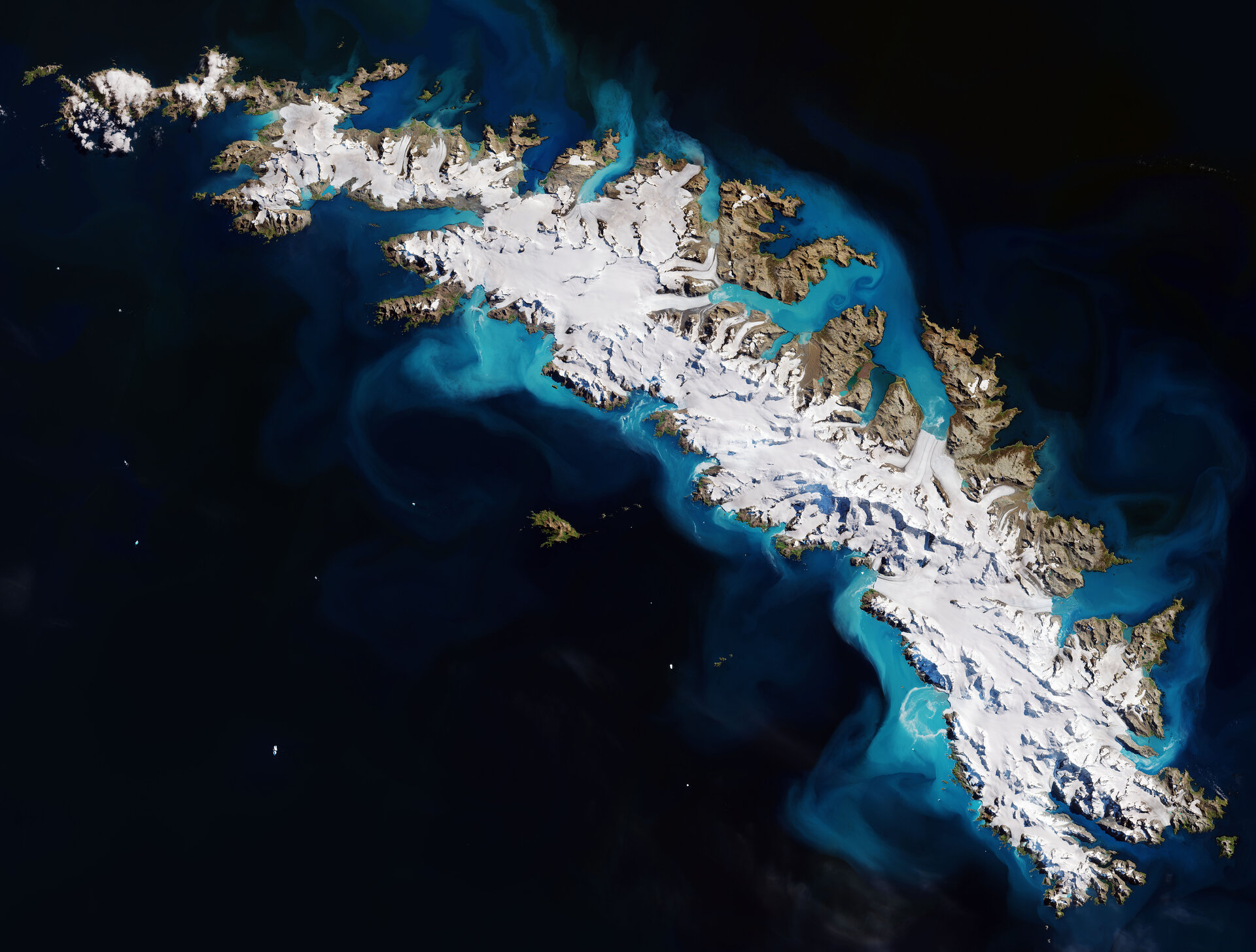 The Copernicus Sentinel-2 mission takes us over the island of South Georgia. Linked with the South Sandwich Islands to form a British Overseas Territory, this southern Atlantic island is a haven for a vast array of wildlife.

Around five million seals call the islands home, as well as 65 million birds of 30 different species. Migrating whales and various fish species populate the surrounding waters and there is a large penguin population.

First discovered by Captain James Cook in 1775, there is no permanent human population on the island, due to its remote location and inhospitable environment. Nevertheless, a British Antarctic Survey research station operates in the capital, King Edward Point, in the island’s centre. This is a centre for applied fisheries research, while on Bird Island, lying off the north-west tip of South Georgia, scientists and support staff focus on research into bird and seal biology.

As we can see clearly in the image, South Georgia is mostly covered in snow. Its polar climate gives it short and very cold summers, and long, freezing and overcast winters. The rugged landscapes of the island are often said to leave visitors in awe, with two mountain ranges dominating - the Allardyce towards the middle of the island and Salvesen in the south.

In 2012 the UK Government designated South Georgia as one of the world’s largest sustainable use Marine Protected Areas. Significant investment has also been made in fisheries management and scientific research, as well as targeted conservation efforts to help protect the albatross. South Georgia is home to the Wandering Albatross – the largest flying bird species in the world.

Sentinel-2 is a two-satellite mission to supply the coverage and data delivery needed for Europe’s Copernicus programme. The mission’s frequent revisits over the same area and high spatial resolution allow changes in inland water bodies and the coastal environment to be closely monitored.

This image, which was captured on 22 February 2018, is also featured on the Earth from Space video programme.