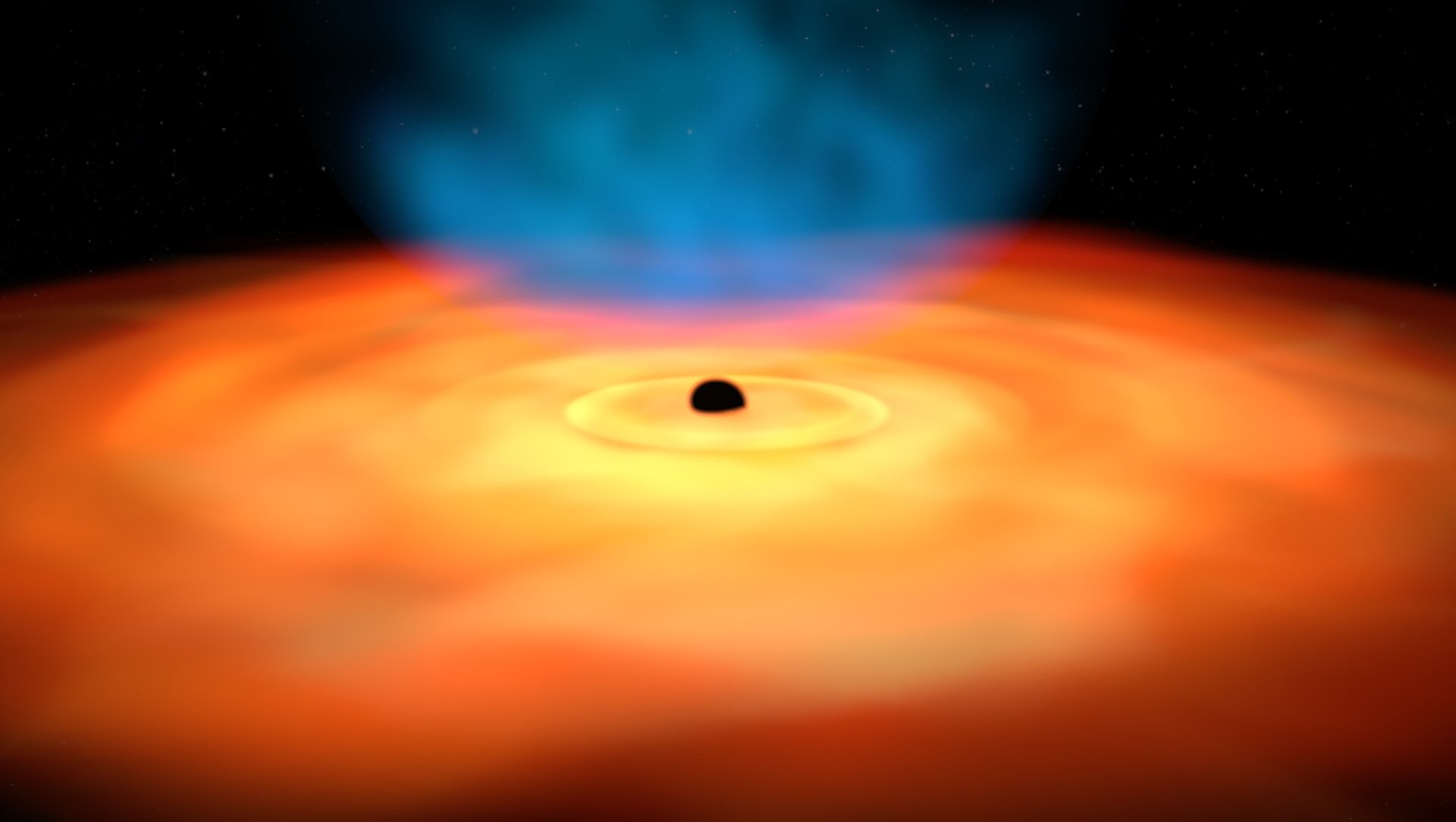 Artist’s impression of a quasar, the core of a galaxy where an active supermassive black hole is pulling in matter from its surroundings at very intense rates.

As material falls onto the black hole, it forms a swirling disc that radiates in visible and ultraviolet light; this light, in turn, heats up nearby electrons, generating X-rays. The relation between the ultraviolet and X-ray brightness of quasars can be used to estimate the distance to these sources – something that is notoriously tricky in astronomy – and, ultimately, to probe the expansion history of the Universe.

A team of astronomers has applied this method to a large sample of quasars observed by ESA’s XMM-Newton to investigate the history of our cosmos up to 12 billion years ago, finding there might be more to the early expansion of the Universe than predicted by the standard model of cosmology.