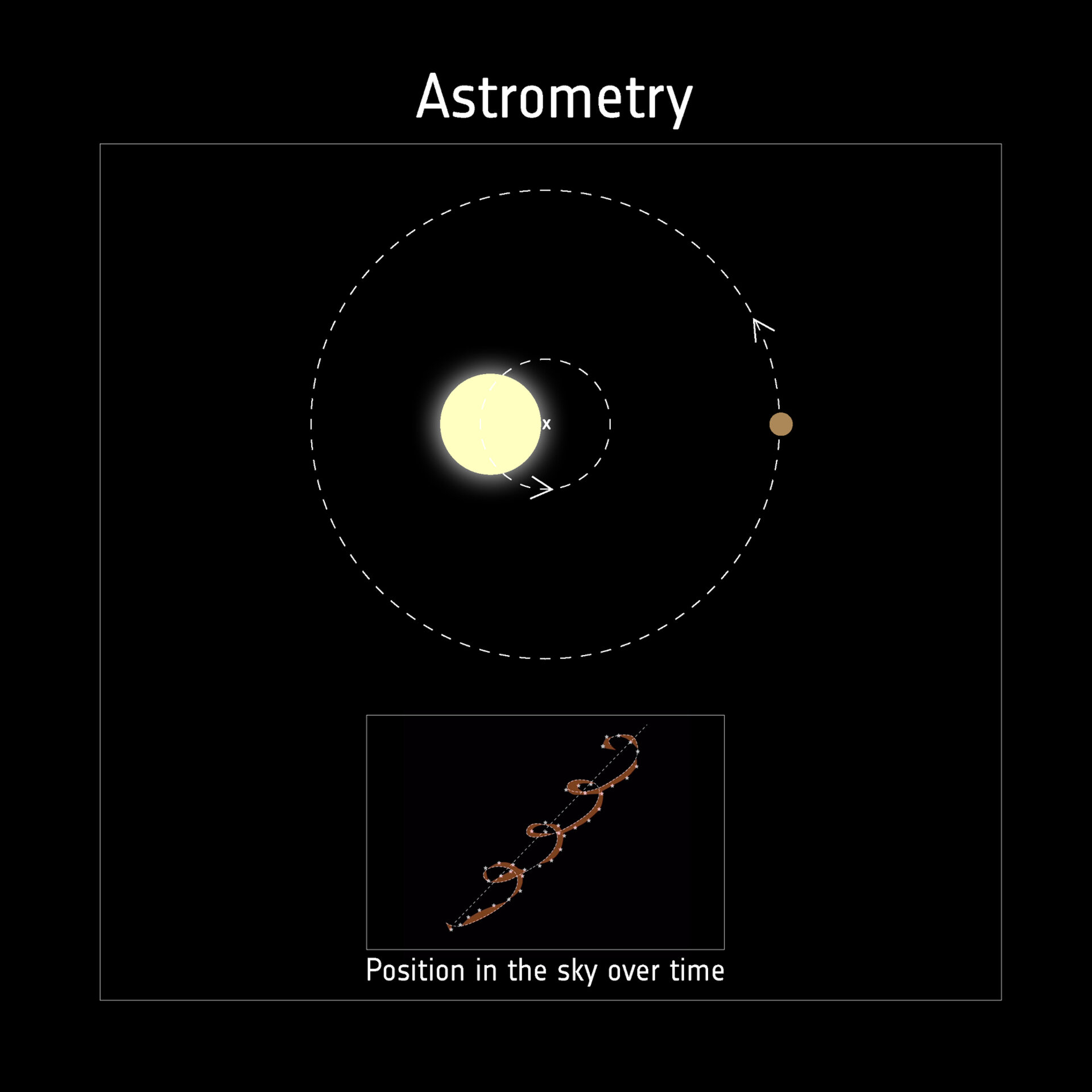 Astrometry is the method that detects the motion of a star by making precise measurements of its position on the sky. This technique can also be used to identify planets around a star by measuring tiny changes in the star's position as it wobbles around the center of mass of the planetary system.

ESA’s Gaia mission, through its unprecedented all-sky survey of the position, brightness and motion of over one billion stars, is generating a large dataset from which exoplanets will be found, either through observed changes in a star’s position on the sky due to planets orbiting around it, or by a dip in its brightness as a planet transits its face.