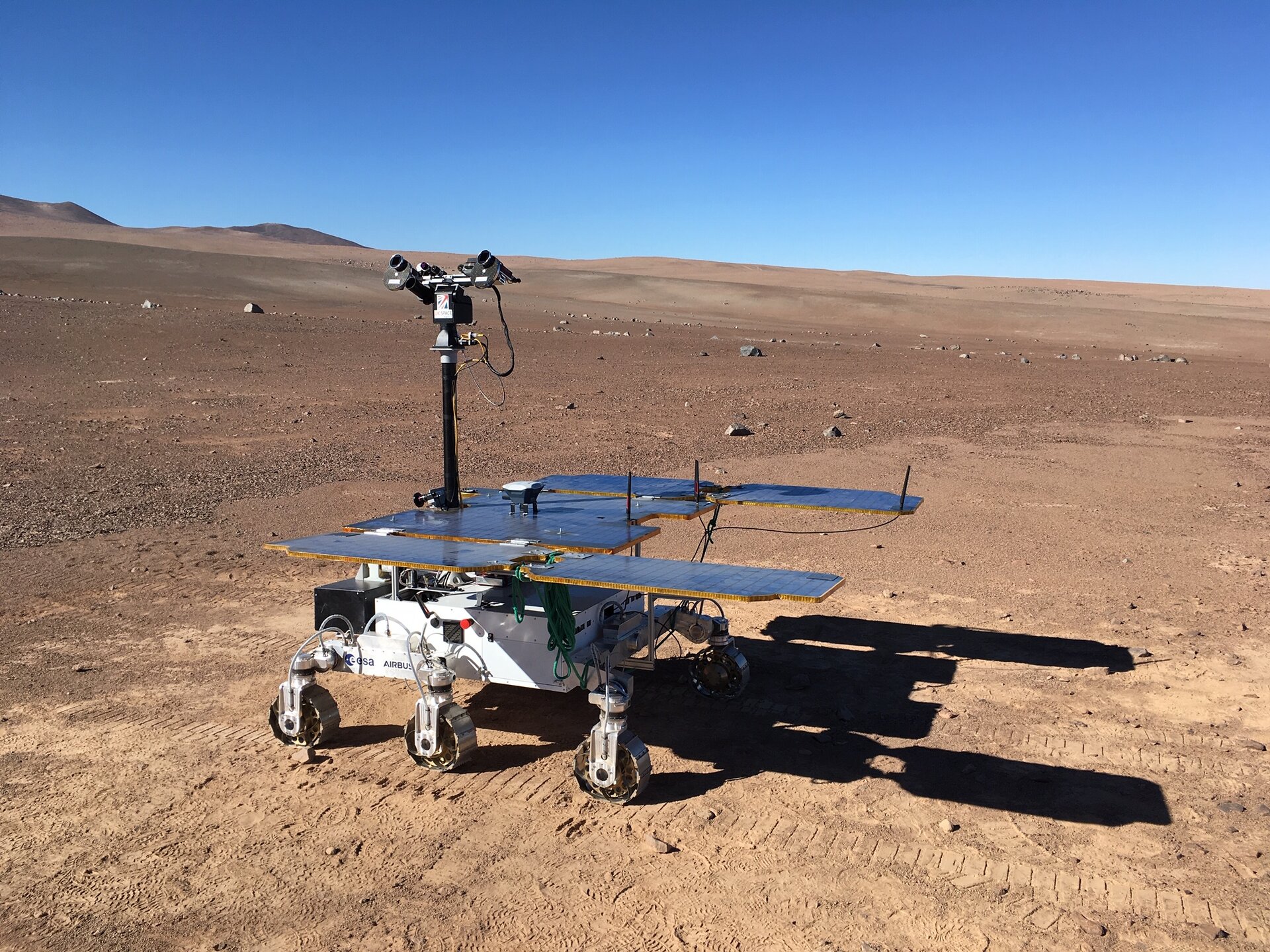 The ExoFit model of the Rosalind Franklin rover that will be sent to Mars in 2021 scouting the Atacama Desert, in Chile, following commands from mission control in the United Kingdom, over 11 000 km away.