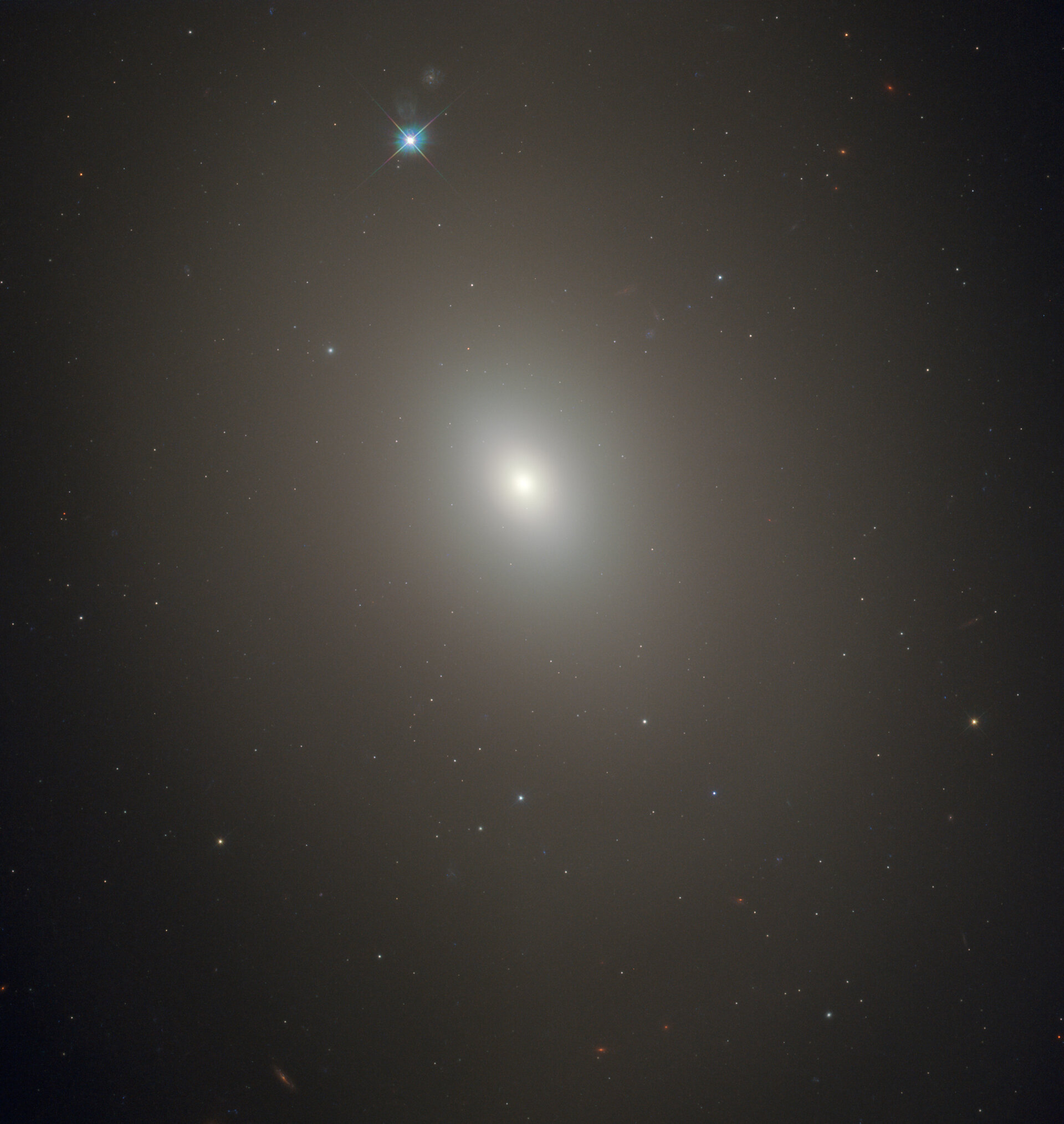 This atmospheric image shows a galaxy named Messier 85, captured in all its delicate, hazy glory by the NASA/ESA Hubble Space Telescope. Messier 85 slants through the constellation of Coma Berenices (Berenice’s Hair), and lies around 50 million light-years from Earth. It was first discovered by Charles Messier’s colleague Pierre Méchain in 1781, and is included in the Messier catalogue of celestial objects.

The galaxy contains some 400 billion stars, most of which are very old. However, the central region hosts a population of relatively young stars of just a few billion years in age; these stars are thought to have formed in a late burst of star formation, likely triggered as Messier 85 merged with another galaxy over four billion years ago. Messier 85 has a further potentially strange quality. Almost every galaxy is thought to have a supermassive black hole at its centre, but from measurements of the velocities of stars in this galaxy, it is unclear whether Messier 85 contains such a black hole.