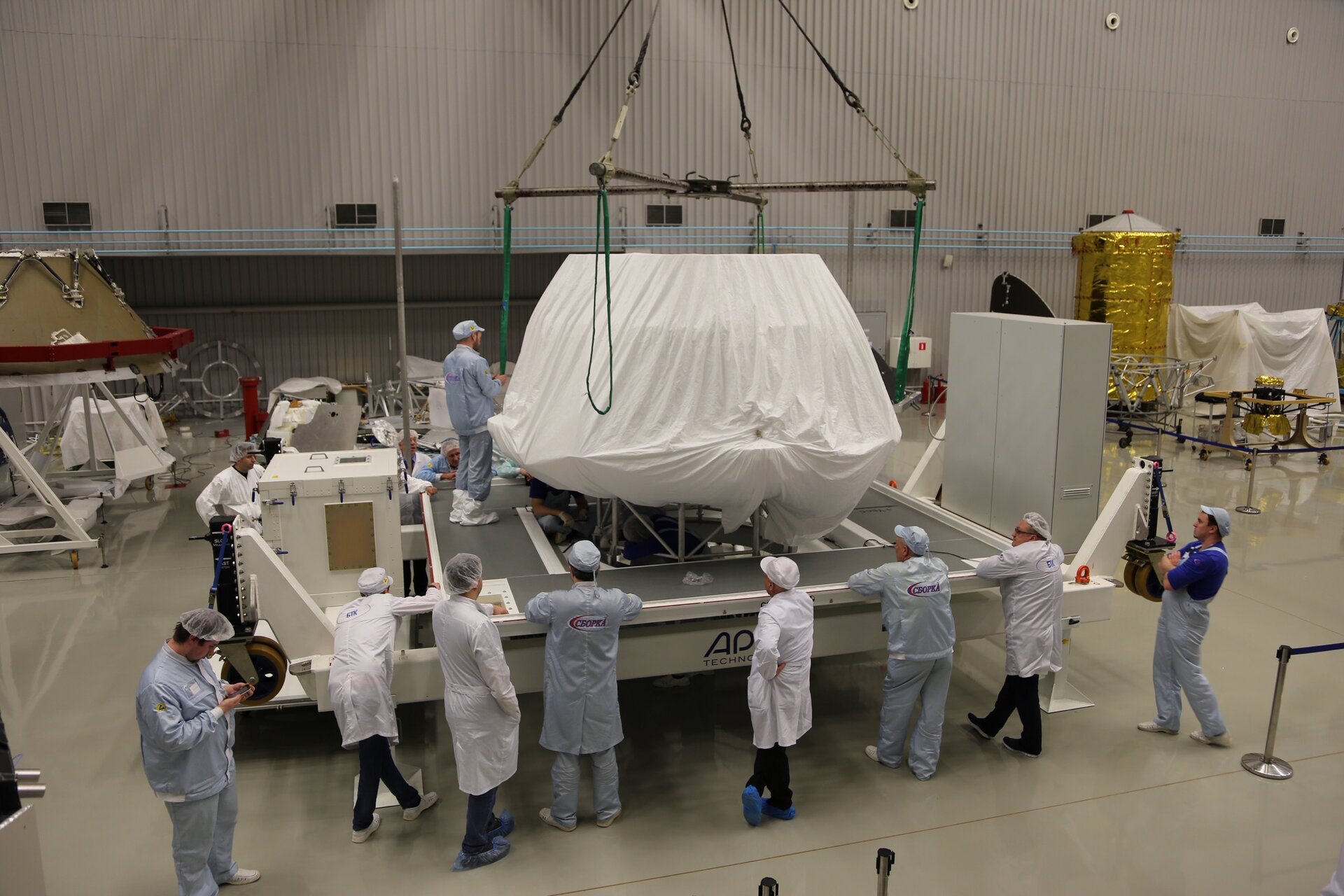 The platform destined to land on the Red Planet as part of the next ExoMars mission has arrived in Europe for final assembly and testing – and been given a name.

An announcement was made by the Russian State Space Corporation Roscosmos of its new name: ‘Kazachok’.

Kazachok left Russia after being carefully packed to meet planetary protection requirements, making sure to not bring terrestrial biological contamination to Mars. It was shipped to Turin, Italy, on an Antonov plane along with ground support equipment and other structural elements.