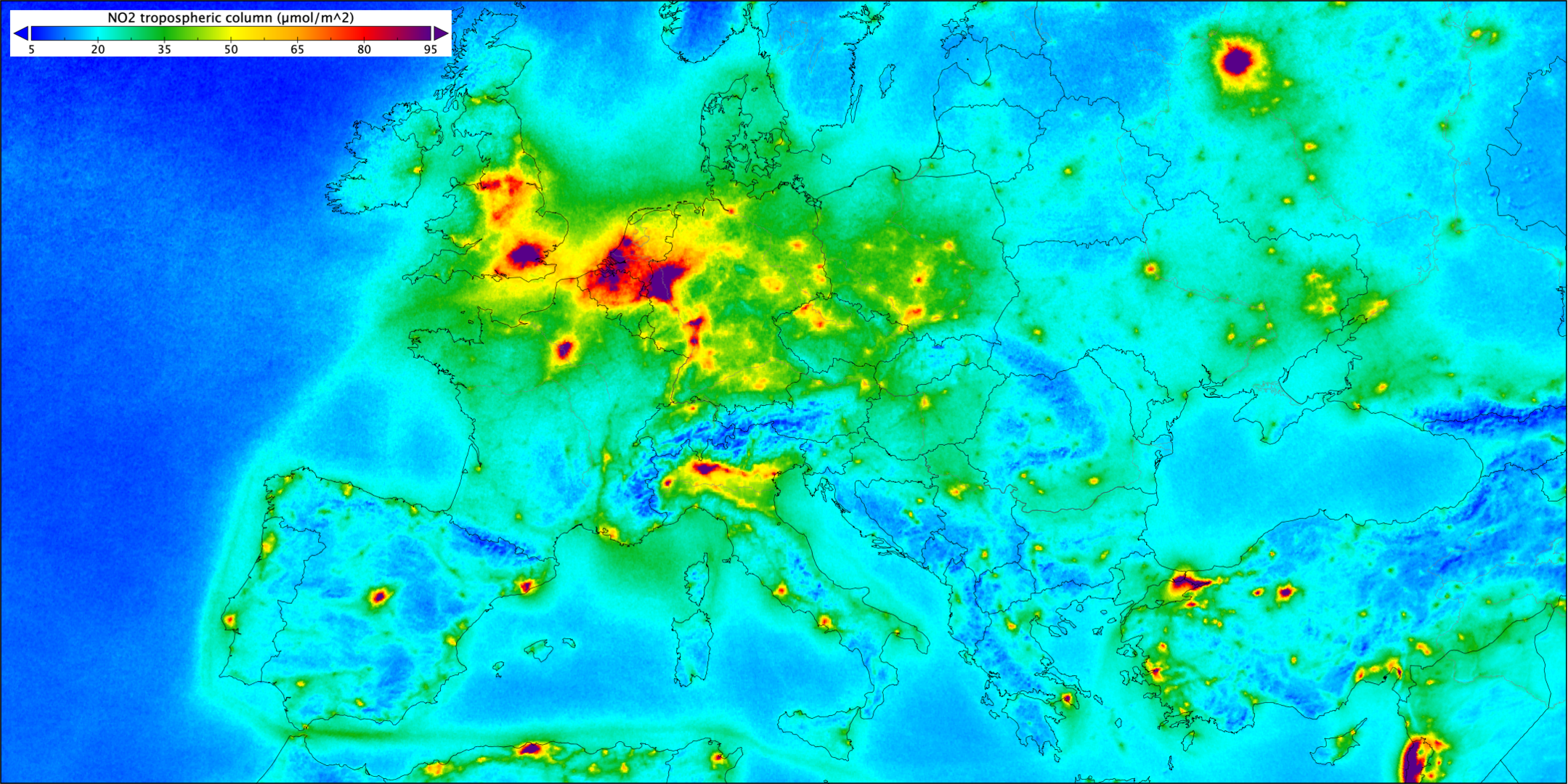 Based on measurements gathered by the Copernicus Sentinel-5P mission between April and September 2018, the image shows high levels of nitrogen dioxide in London, Paris, Brussels, western Germany, Milan and Moscow. Nitrogen dioxide pollutes the air mainly as a result of traffic and the combustion of fossil fuel in industrial processes. It has a significant impact on human health, contributing particularly to respiratory problems.