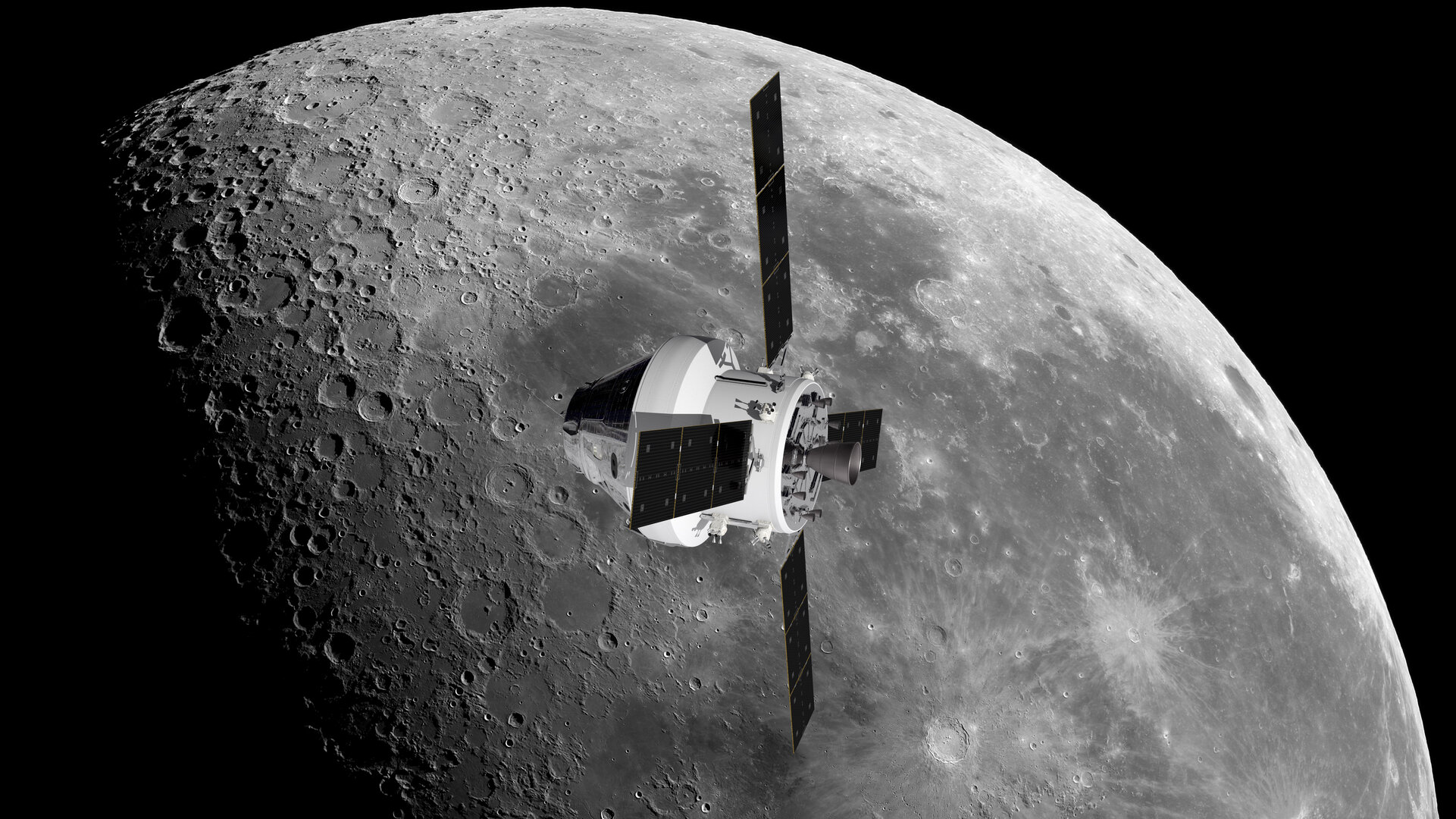 Artist's impression of Orion over the Moon. Orion is NASA’s next spacecraft to send humans into space. It is designed to send astronauts further into space than ever before, beyond the Moon to asteroids and even Mars. When they return to Earth, the astronauts will enter our atmosphere at speeds over 32 000 km/h but the capsule will protect them and ensure a bumpy but safe landing.