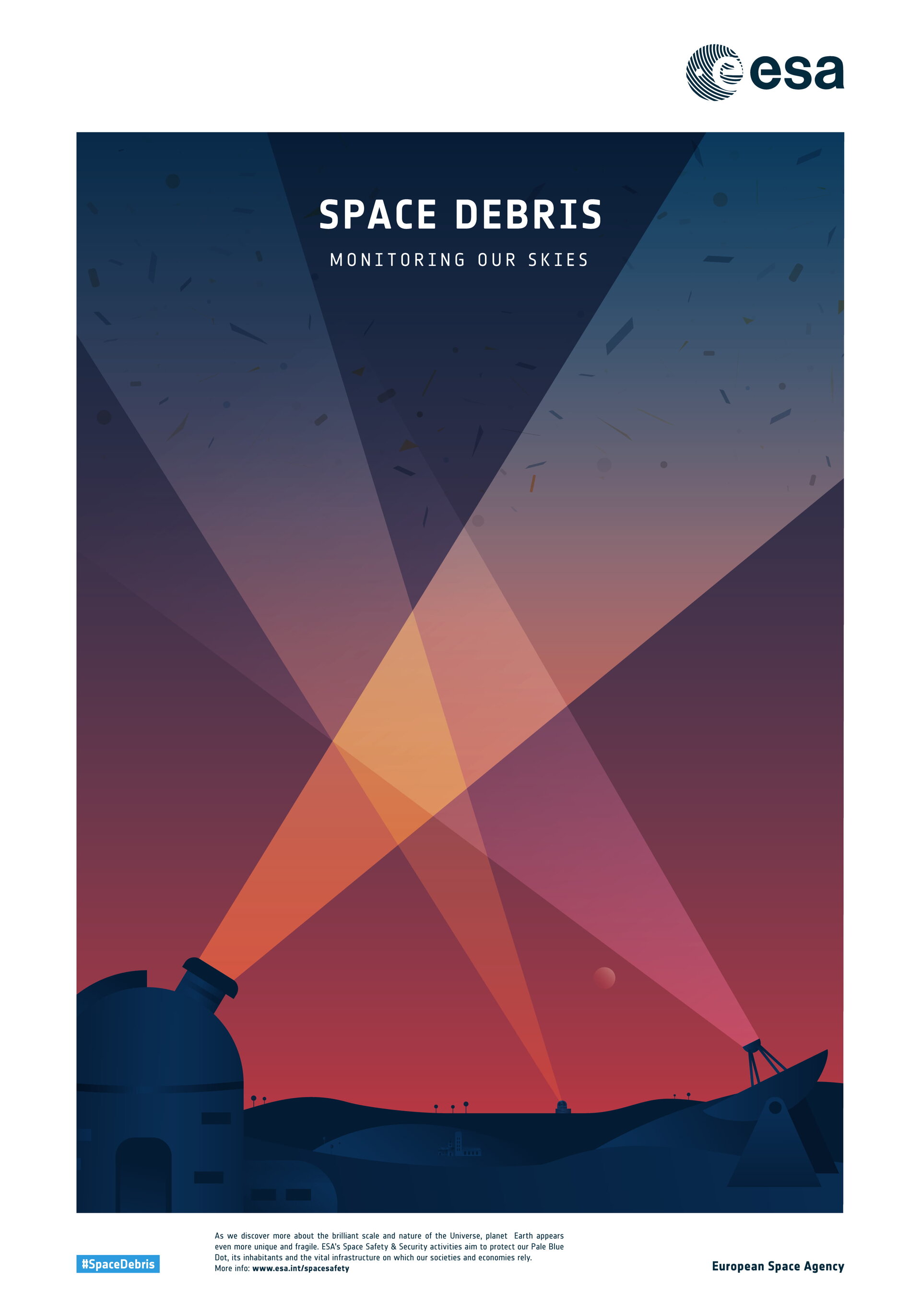 The space age began in 1957 with the launch of Sputnik 1, Earth's first artificial satellite. Ever since, debris in orbit has steadily increased, due to discarded rocket parts, defunct satellites, exploding fuel tanks and collisions in space. Tiny fragments have the potential to damage working satellites, while collisions with large pieces can destroy them altogether.

Eventually some debris will re-enter the atmosphere, and while the smaller pieces harmlessly burn up, larger pieces have the potential to crash land on Earth’s surface, potentially near populated areas. Each year, about 100 tonnes of space hardware re-enters our planet’s atmosphere in an uncontrolled way – with roughly one major re-entry occurring per week.

ESA’s Space Debris Office assesses tracking data on more than 20 000 debris objects, issuing guidance to operators of at-risk spacecraft so they can get them out of harm’s way, as well as following re-entering objects and predicting when and where they will fall back to Earth.