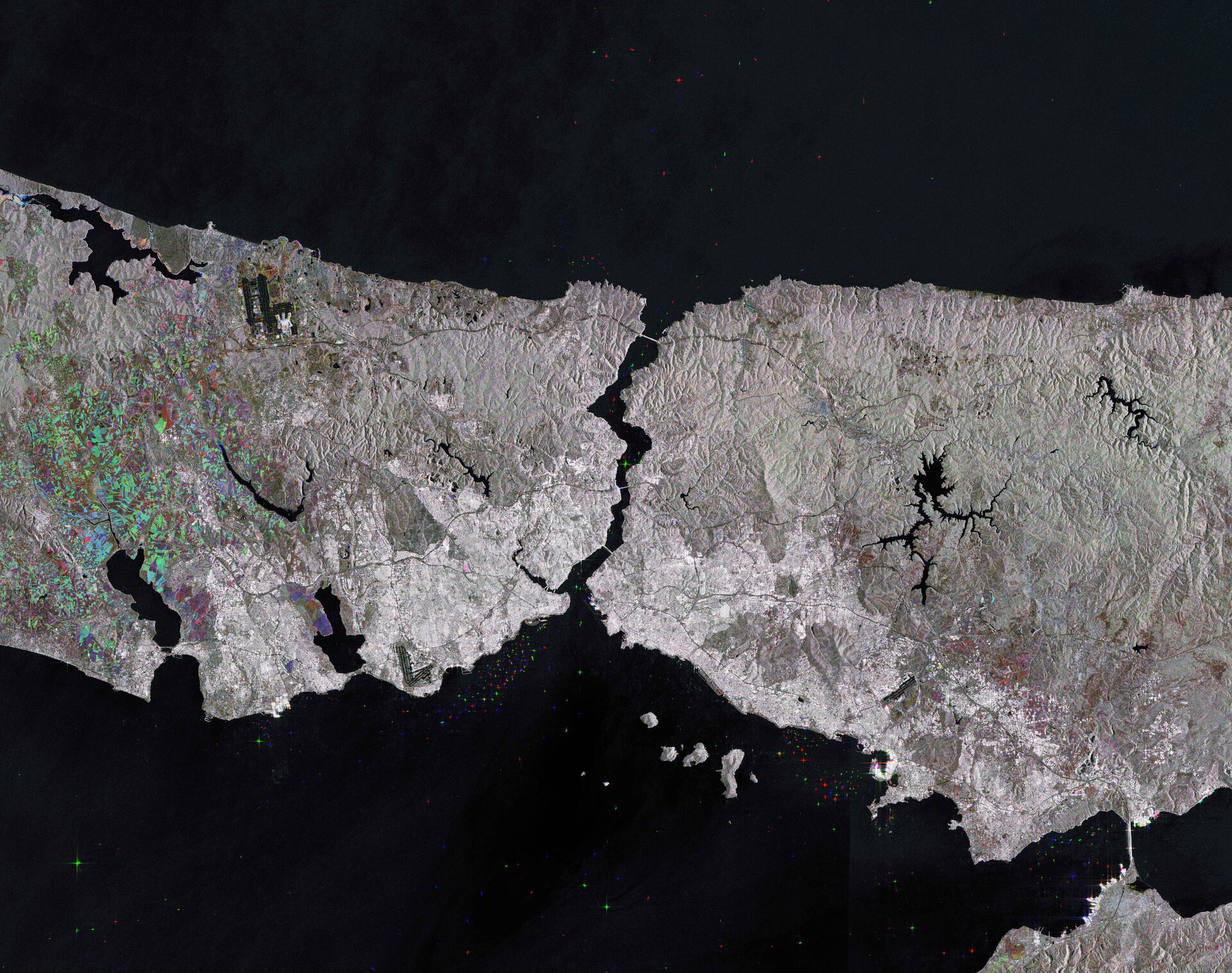 Captured by the Copernicus Sentinel-1 mission, this image shows the narrow strait that connects eastern Europe to western Asia: the Bosphorus in northwest Turkey. The image contains satellite data stitched together from three radar scans acquired on 2 June, 8 July and 13 August 2018.

Separating the Black Sea and the Sea of Marmara, the strait is one of the busiest maritime passages in the world, with around 48 000 ships passing through every year. Daily traffic includes international commercial shipping vessels and oil tankers, as well as local fishing and ferries. Ships in the strait can be seen in the image as multi-coloured dots. Three bridges are also visible spanning the strait and connecting the two continents.

The two identical Copernicus Sentinel-1 satellites carry radar instruments, which can see through clouds and rain, and in the dark, to image Earth’s surface below. The multi-temporal remote sensing technique combines two or more radar images over the same area to detect changes occurring between acquisitions.

In the far-left of this image, the aqua-green patches of land show the changes in the fields between the three satellite acquisitions.

Turkey’s most populous city, Istanbul, can be seen on both sides of the Bosphorus. The city appears in shades of white owing to the stronger reflection of the radar signal from buildings, which contrasts with the dark black colour of the inland lakes and surrounding waters.