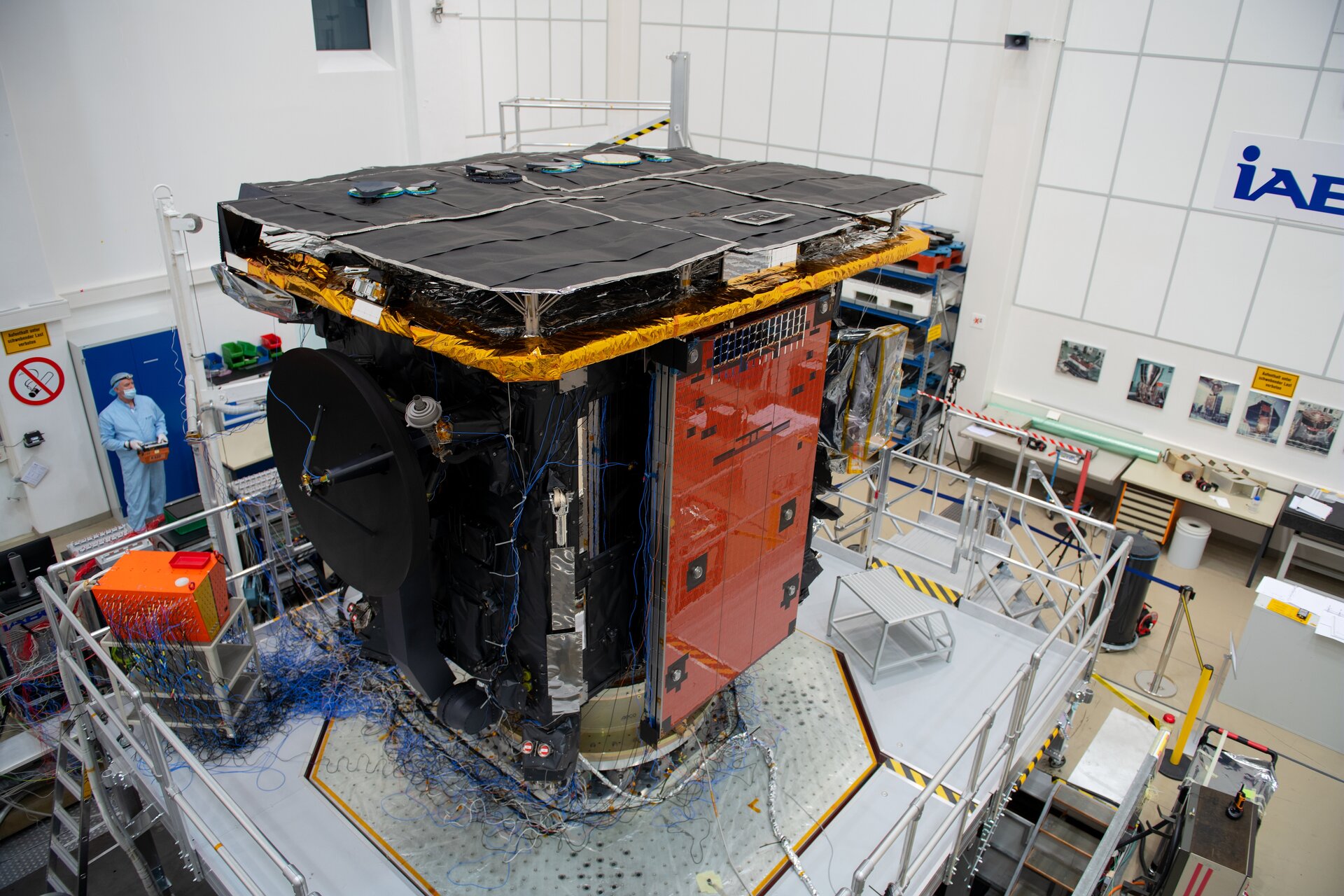 In this image, ESA’s new Solar Orbiter spacecraft is seen during preparations for a vibration test campaign at the IABG facility in Ottobrunn, Germany, in February 2019.

While the craft is at Ottobrunn, the Solar Orbiter mission control team located at ESA’s ESOC mission control centre in Darmstadt, Germany, is getting ready to establish data links to the satellite.

“The prime objective of the system validation tests for any spacecraft is to validate that the mission control system can correctly send and receive telecommands to the satellite,” says ESA’s Jose-Luis Pellon-Bailon.

“The tests also confirm that the spacecraft launch configuration is as expected by the post-launch Flight Control Procedures.”

An initial series of system validation tests were run last summer, when Solar Orbiter was still at its manufacturer, Airbus Defence & Space UK, in Stevenage.

“Since then, it has moved to Ottobrunn where we will run the next series of tests in early May and early August, lasting nine days in total and running around the clock,” says Jose-Luis.

“Solar Orbiter will then move to the US for launch from Cape Canaveral, where we will run a final series of connection tests at the end of November.”

Solar Orbiter will be launched in February 2020 to study how the Sun creates and controls the heliosphere, the vast bubble of charged particles blown by the solar wind into the interstellar medium.