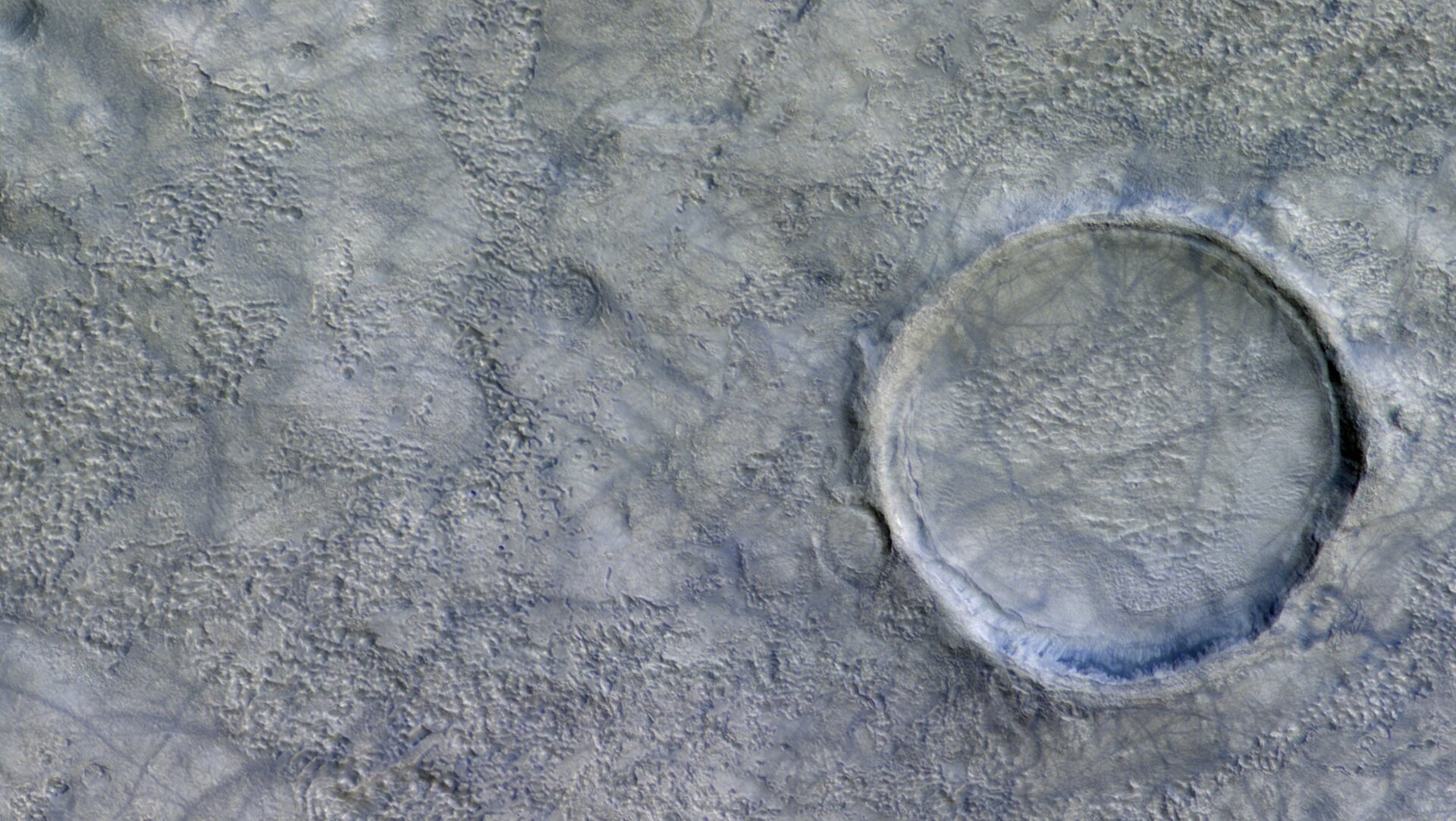 Mars may have a reputation for being a desolate world, but it is certainly not dead: its albeit thin atmosphere is still capable of whipping up a storm and, as this image reveals, send hundreds – maybe even thousands – of ‘dust devils’ scurrying across the surface.

These swirling columns of wind scour away the top layer of surface material and transport it elsewhere. Their course is plotted by the streaks they leave behind – the newly exposed surface material, which is coloured in blue/grey in this recent image from the CaSSIS camera onboard the ExoMars Trace Gas Orbiter.

Dust devils on Mars form in the same way as those on Earth: when the ground gets hotter than the air above it, rising plumes of hot air move through cooler denser air, creating an updraft, with the cooler air sinking and setting up a vertical circulation. If a horizontal gust of wind blows through, the dust devil is triggered. Once whirling fast enough, the spinning funnels can pick up dust and push it around the surface.

As seen in this image, not much can stand in the way of a dust devil: they sweep up the sides of mounds, and down across the floors of impact craters alike.

The image was taken on 4 January 2019, and shows a region northeast of Copernicus Crater, in the Cimmeria region of Mars. It captures an area measuring 7.2 x 31 km. North is towards the top left corner in this view. The image has been geometrically rectified and resampled to 4 m/pixel.

If you are at the EGU General Assembly this week, look out for this beautiful image printed at our ESA booth.