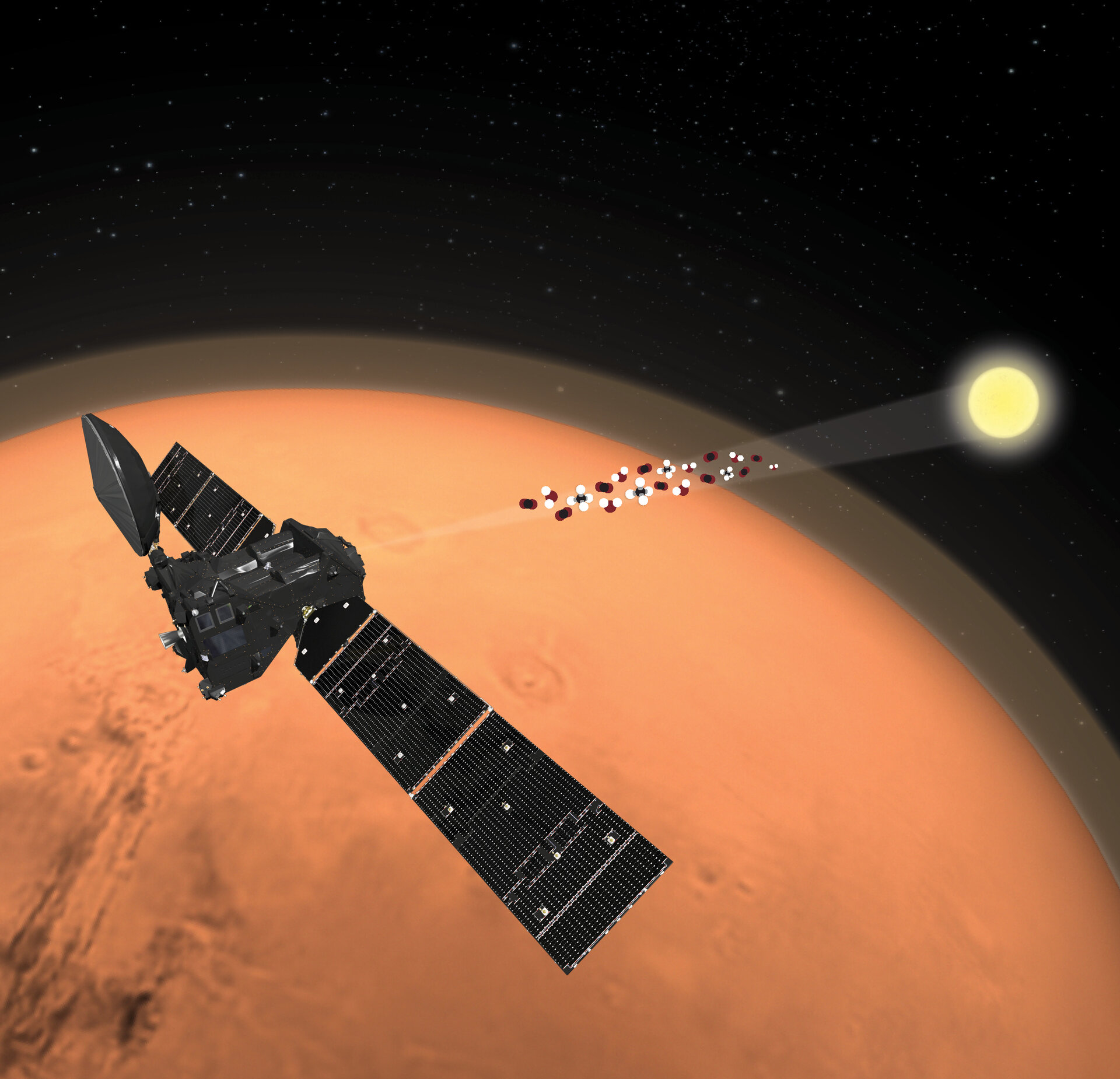 Artist impression of the ExoMars Trace Gas Orbiter (TGO) analysing the martian atmosphere. The solar occultation method is depicted: the onboard spectrometers – ACS and NOMAD – look at the way sunlight is absorbed in the atmosphere to reveal the chemical fingerprints of its ingredients.

While the martian atmosphere is dominated by carbon dioxide, TGO is conducting a detailed analysis of its trace gases – those which make up less than 1% by volume of a planet’s atmosphere, such as water vapour and methane. Despite only being present in minute amounts, trace gases like these are key for tracing the history of water on Mars, and if and what processes might be active on the surface today. Methane attracts particular attention, because on Earth it is generated by geological and biological processes.