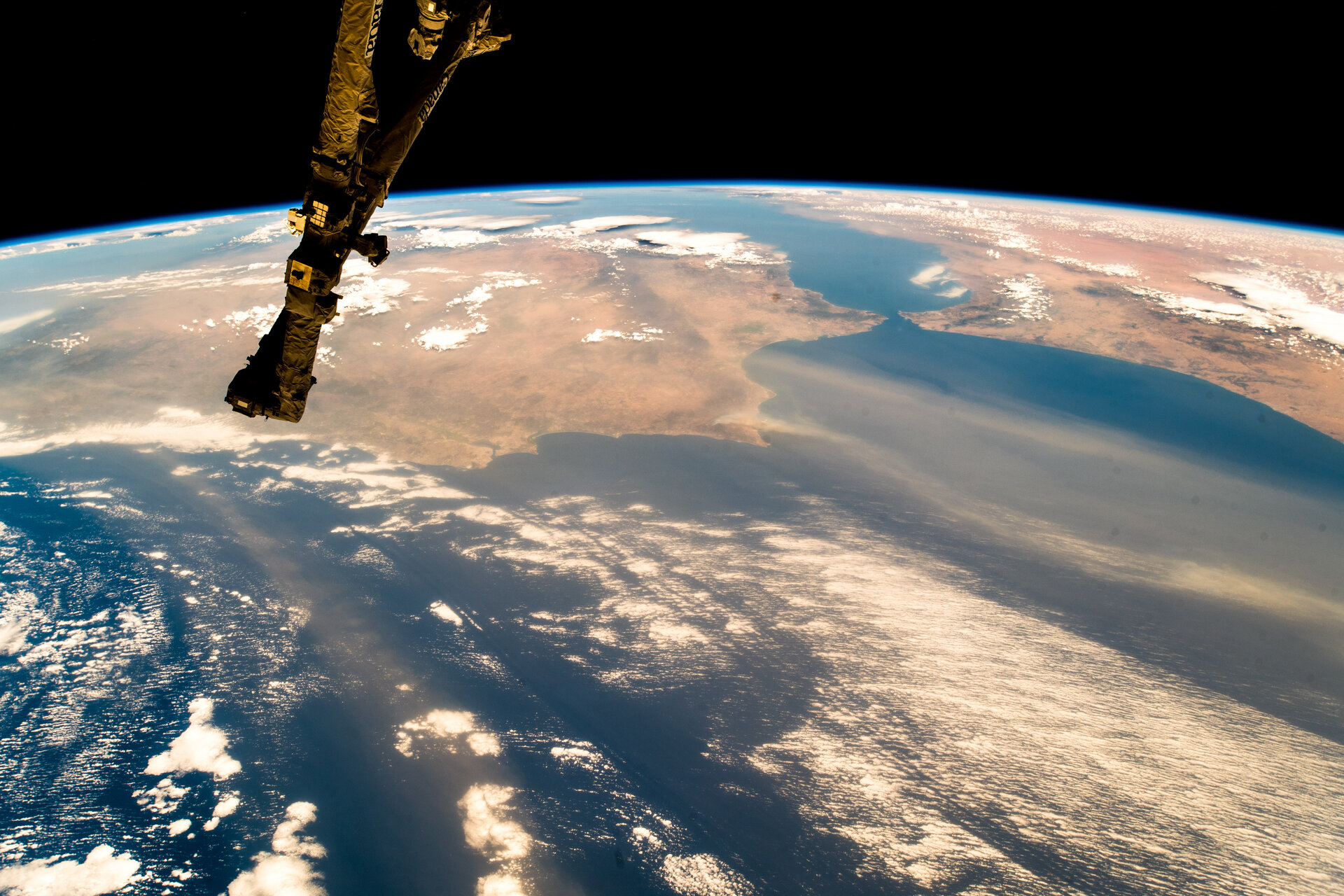 ESA astronaut Alexander Gerst took this picture of Portugal and Spain from the International Space Station on 6 August 2018.

Alexander commented on the photo: "Dramatic weather pattern over Portugal today. Looks like a mixture of dust, sand and smoke."