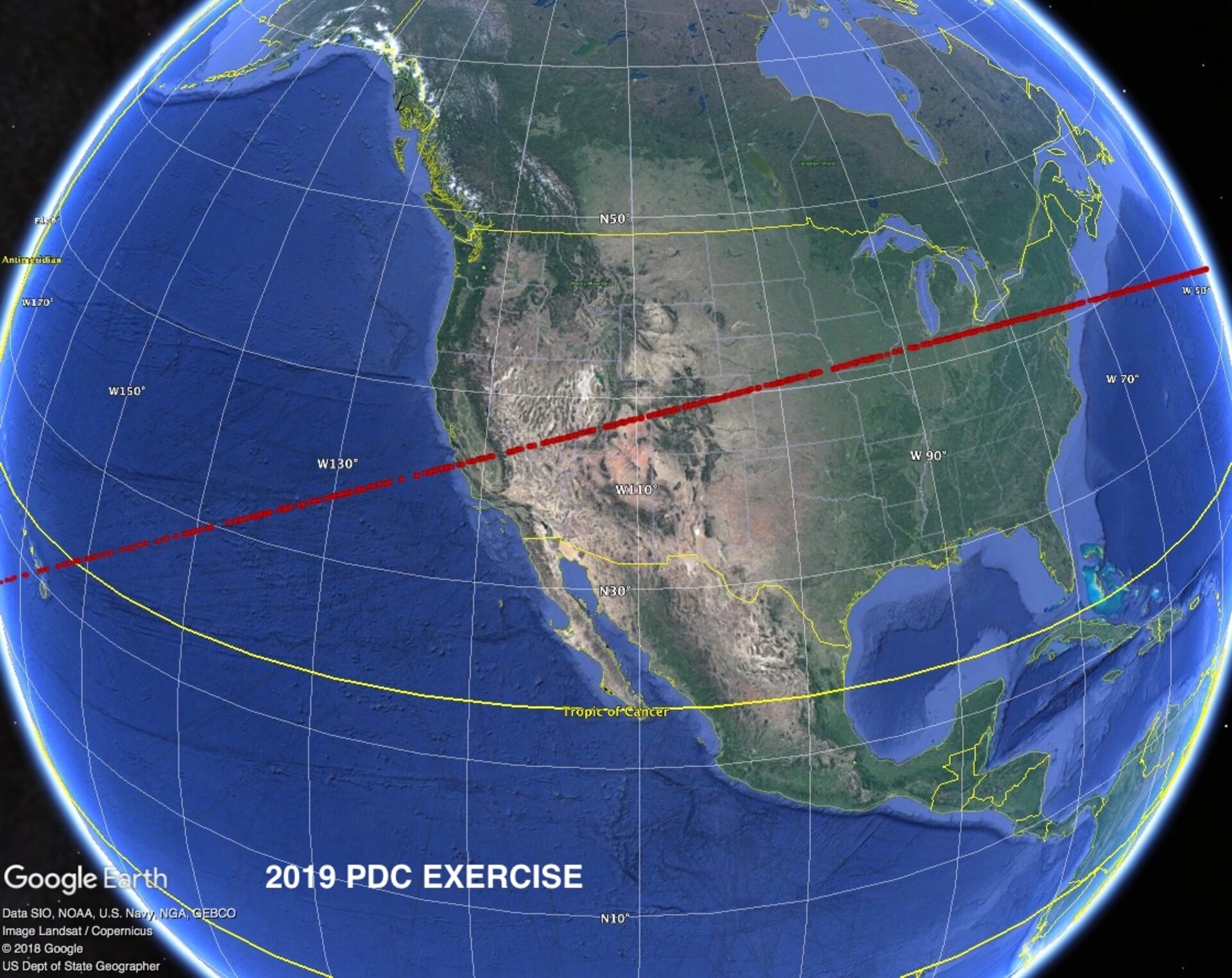 Graphic showing the hypothetical impact risk corrdior of asteroid 2019 PDC, when its orbit is still not fully known.

The asteroid’s uncertainty region at the time of the potential impact is much longer than the diameter of the Earth, but its width is only about 70 kilometers (45 miles). The intersection of the uncertainty region with the Earth creates a so-called “risk corridor” across the surface of the Earth. The corridor wraps more than halfway around the globe, spanning from the Hawaii on the western end, across the US and Atlantic Ocean, and all the way to central and southern Africa on the eastern end. The red dots on the Google Earth image trace the risk corridor.