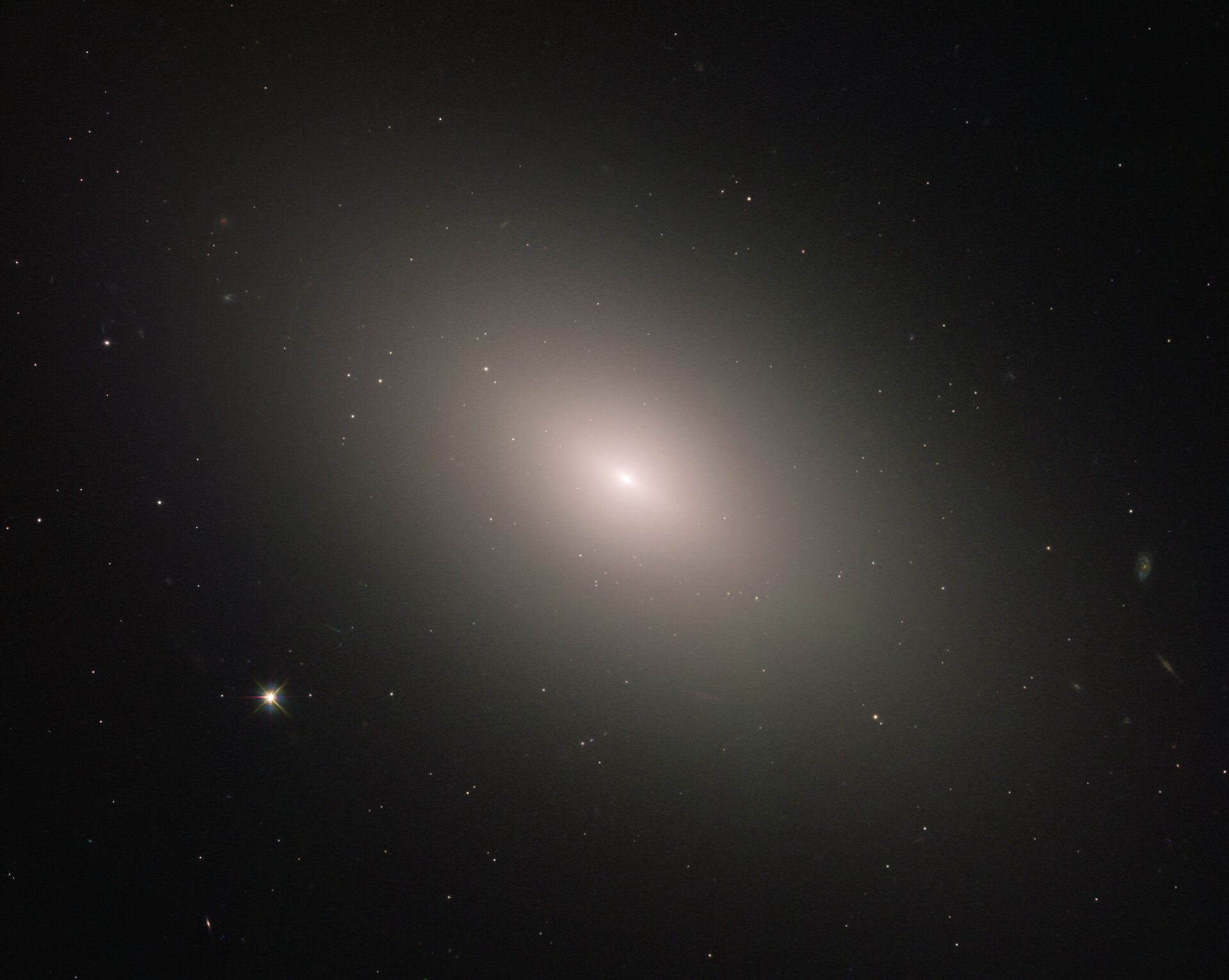 This luminous orb is the galaxy NGC 4621, better known as Messier 59. As this latter moniker indicates, the galaxy was listed in the famous catalogue of deep-sky objects compiled by French comet-hunter Charles Messier in 1779. However, German astronomer Johann Gottfried Koehler is credited with discovering the galaxy just days before Messier added it to his collection.

Modern observations show that Messier 59 is an elliptical galaxy, one of the three main kinds of galaxies along with spirals and irregulars. Ellipticals tend to be the most evolved of the trio, full of old, red stars and exhibiting little or no new star formation. Messier 59, however, bucks this trend somewhat; the galaxy does show signs of star formation, with some newborn stars residing within a disc near the core.

Located in the 2000-strong Virgo Cluster of galaxies within the constellation of Virgo (The Virgin), Messier 59 lies approximately 50 million light-years away from us. This image was taken by the NASA/ESA Hubble Space Telescope’s Advanced Camera for Surveys.