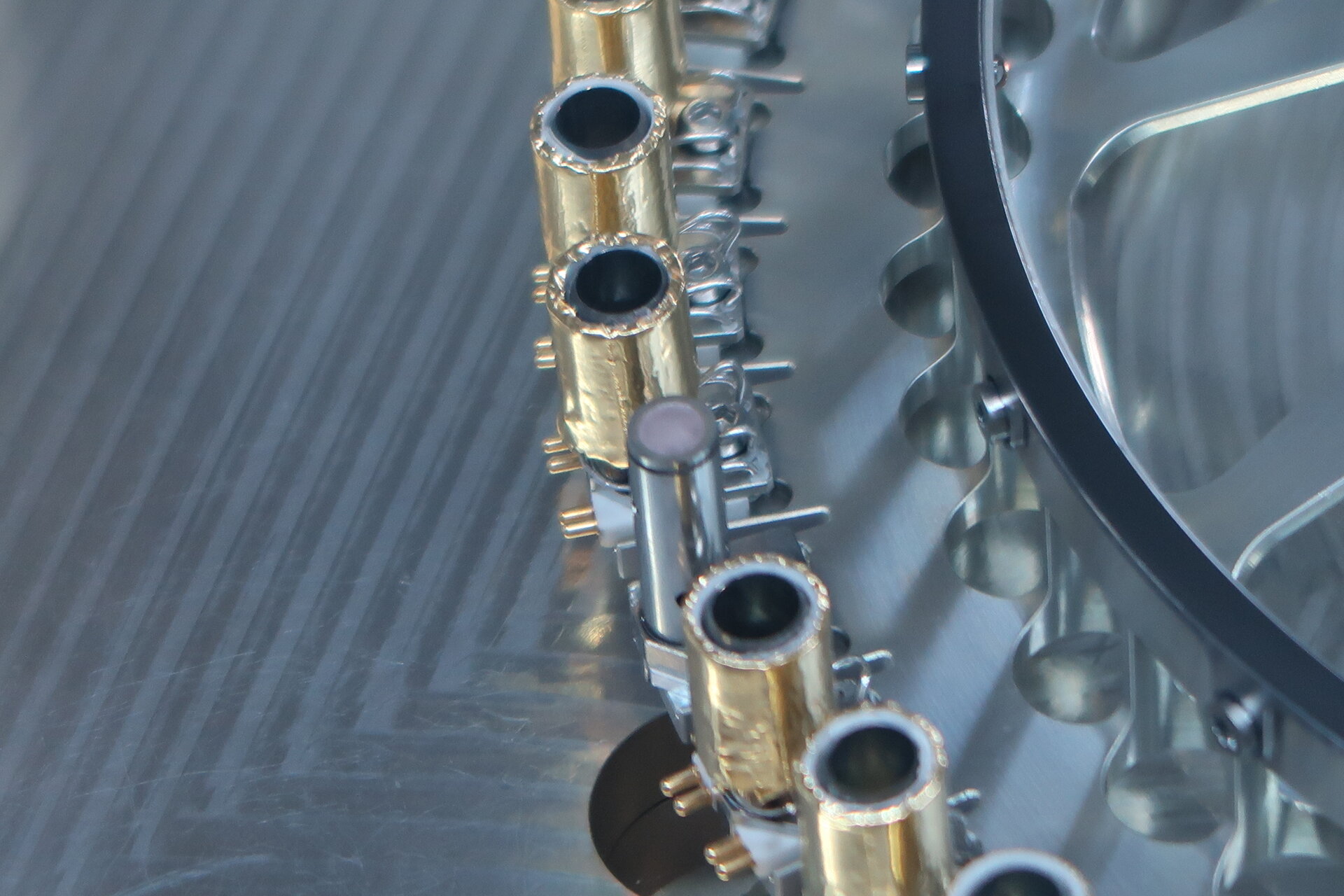 There are few things better than the smell of freshly baked bread from the oven, this is because molecules in the bread disperse in the heat to reach your nose. In a similar way, the ExoMars rover Rosalind Franklin will ‘bake’ and ‘sniff’ martian samples in miniature ovens, imaged above, as part of its investigation of the extra-terrestrial world.

Set to land on Mars in 2021, Rosalind Franklin will scout areas of interest and drill up to 2 m below the surface and report back its findings to scientists on Earth.

Nothing short of a miniature laboratory on wheels, the dirt that Rosalind Franklin collects will pass through different steps in an intricate process allowing for many types of analysis to get the best possible overview of  the composition of Mars so far.

The Mars Organic Molecule Analyser, “MOMA”, will heat samples to unlock the organic molecules from the Martian dust and transform them into the gas phase. The gas produced will then flow past a receptor that ‘sniffs’ the molecules to learn more about the sample, thanks to its gas chromatograph.

Baked to up to 800°C in the pyrolysis ovens, the investigations are a one-shot affair. The samples are arranged around the circumference of a rotating carrousel, so that each tube can be placed under the sample funnel and positioned in the tapping station where the samples are ‘cooked’ and ‘sniffed’.

The thumb-sized gold-coloured tubes are hollow to hold the samples. At the tapping station a sphere pushes down on the oven rim to ensure an airtight seal during heating. The double golden pins are the connectors that send electricity running into the ovens.

The silver-coloured rod is a calibration target for a second component of MOMA dubbed ‘LDMS’ that uses laser heating (desorption) and mass spectrometry to analyse the samples. The rod is used to create a standard value for the laser on the Red Planet to ensure that LDMS is working correctly. Together MOMA’s gas chromatographer and LDMS will target biomarkers to answer questions related to the potential origin, evolution and distribution of life on Mars.

Choosing when and where to take a Martian sample, and choosing which instrument to analyse the sample with, will be a discussion of interplanetary proportions for scientists, but that discussion will need to reach conclusions quickly: the ExoMars rover has 31 tubes to fill and analyse and is designed to work for 218 “sols” or Martian days.

MOMA is built by a scientific consortium led by the Max-Planck-Institut für Sonnensystemforschung in Göttingen, Germany, with the gas chromatograph built by LISA (Laboratoire Interuniversitaire des Systèmes Atmosphériques) in Paris, France, and the LDMS by NASA’s Goddard Spaceflight Center in Greenbelt, USA. These miniature ovens are part of the rover on-board laboratory “ultra clean zone” that was designed by Thales Alenia Space in Italy, and mounted on a carrousel developed by OHB in Munich, Germany.