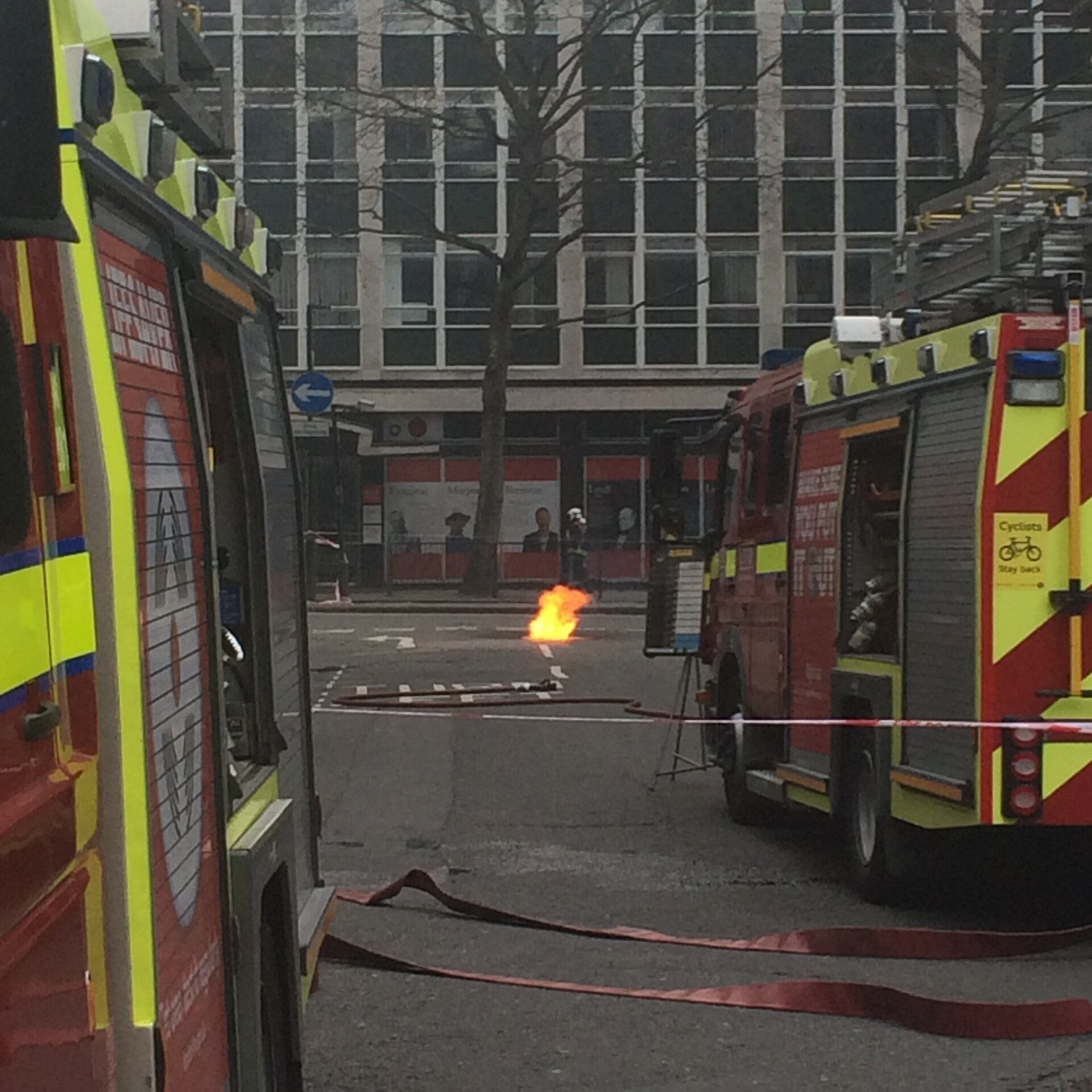 In April 2015 an apparent fire from nowhere forced the evacuation of 5 000 people from central London. Thick black smoke and choking fumes emerged from manhole covers as power was cut off to the Holborn neighbourhood. The local London Underground station was shuttered, along with West End theatres and law courts.

This 36-hour blaze was eventually traced to faulty electrical cables in an underground tunnel, which went on to damage an adjacent gas pipe. In the event, firefighters had to borrow bomb disposal robot from Scotland Yard to pinpoint the fire’s source. (Source: https://www.flickr.com/photos/myrddinvuk/)