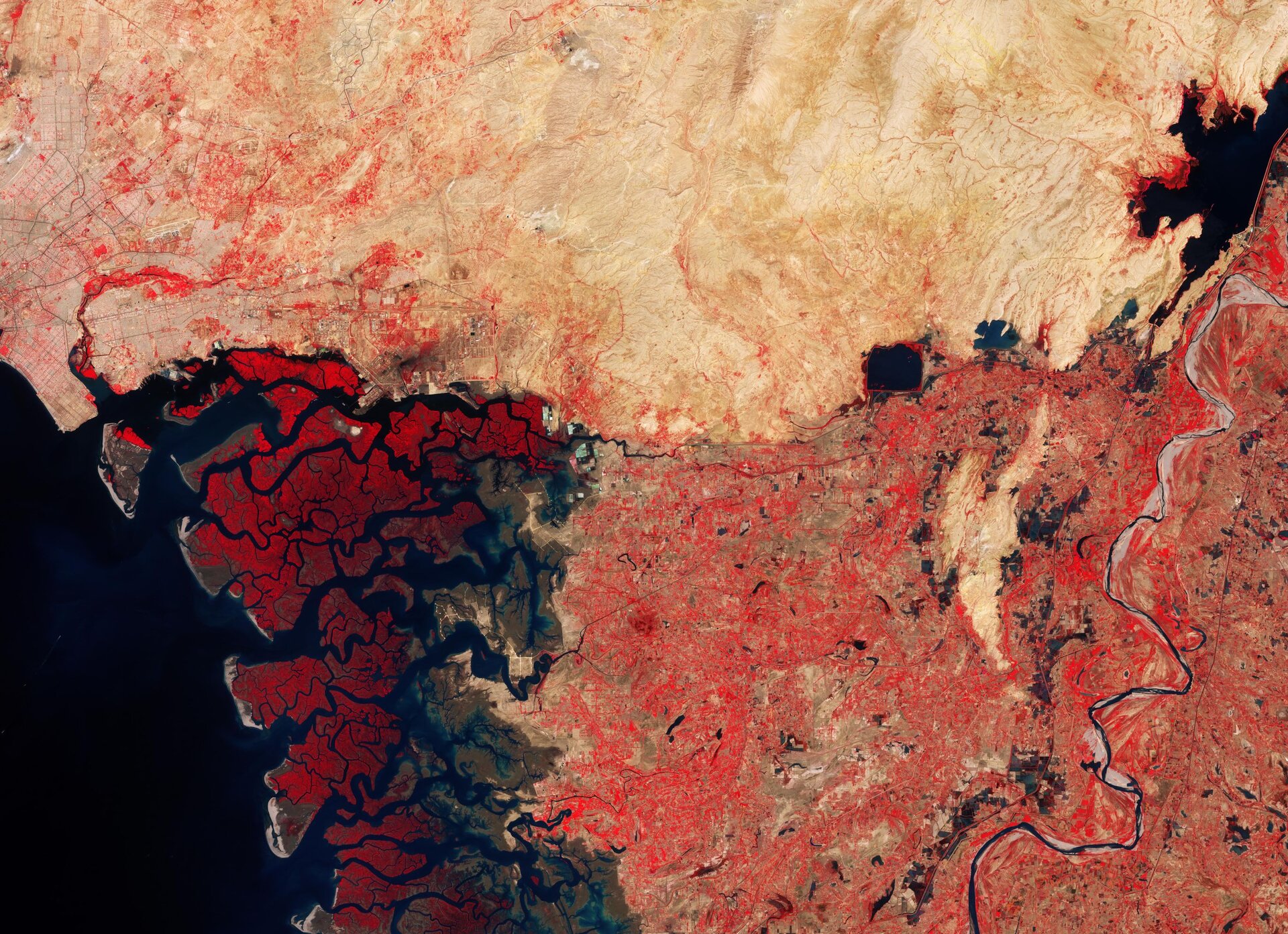 Captured on 14 April 2018 by the Copernicus Sentinel-2A satellite, this image shows western Pakistan and an important wetland area.

The image depicts the fragmented coast, part of the Indus River Delta. A river delta forms when sediment carried from the river enters a stagnant body of water, creating an alluvial fan, which in this case extends 150 km along the coastline. The Indus River, visible on the right, veers through the Sindh Province and is one of the longest rivers in the world, rising in Tibet and flowing around 3000 km before emptying into the Arabian Sea.

The Indus Delta consists of creeks, swamps, marshes and the seventh largest mangrove forest in the world.

However, owing to major irrigation works and dams built on the river, as well as low rainfall, the amount of silt discharged into the sea has reduced, affecting the mangrove and local community significantly. A huge proportion of the delta has been lost and the survival of the delta freshwater species, including the Indus river dolphin, are at risk.

Also responsible for pollution is the port city of Karachi, which is partially visible in the top left of the image.

To the top right, there are two important bodies of water on the edge of the stony desert, both of which are also wildlife sanctuaries. The artificial, square-shaped Haleji Lake, was expanded in World War II, for the use of additional water for the troops. The freshwater lake supports an abundance of aquatic vegetation, and is home to a number of species of birds.

To the far right, the freshwater Keenjhar Lake is a major source of drinking water for Karachi, as well as for Thatta, which is to the right of the yellow-beige patch of land.

Both lakes, as well as the River Indus Delta, are sites of wetland designated to be of international importance under the Ramsar Convention – an international treaty for the conservation and sustainable use of wetlands.

Copernicus Sentinel-2 is a two-satellite mission. Each satellite carries a high-resolution camera that images Earth’s surface in 13 spectral bands. The mission is mostly used to track changes in the way land is being used and to monitor the health of our vegetation. The vegetation in this false-colour image appears in red.