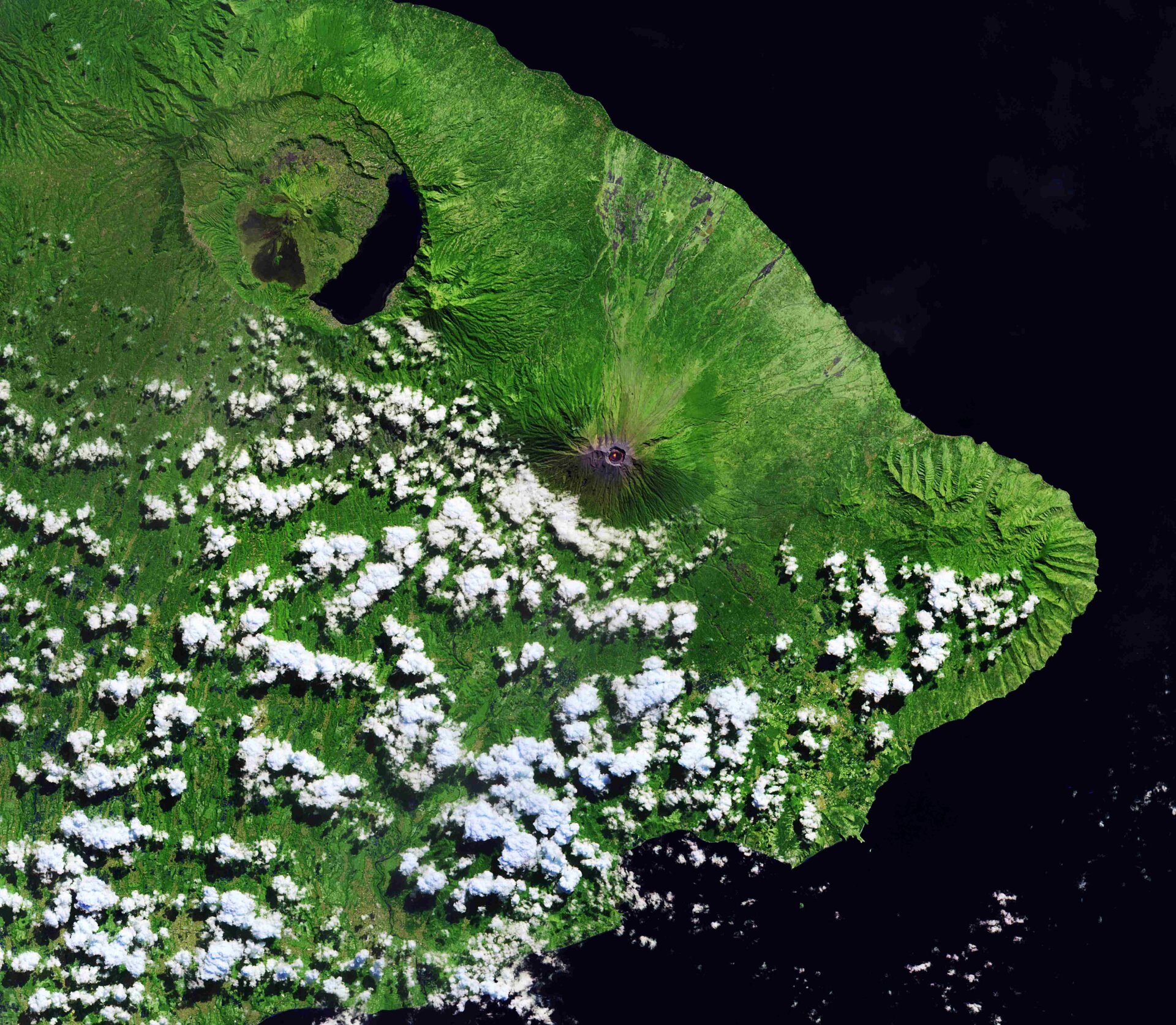 The Copernicus Sentinel-2 mission takes us over the island of Bali, one of the 34 provinces of Indonesia.

Indonesia has more volcanoes than any other country in the world, owing to its position on the Pacific Ring of Fire. The islands of Java, Lombok, Sumbawa and Bali lie over a subduction zone where the Indo-Australian plate slides under the Eurasian plate, creating frequent seismic activity.

Dotted with clouds, Mount Seraya is visible on the peninsula that juts to the east. Its volcanic rock creates a rugged terrain, but is surrounded by lush vegetation. The area is well known for its many Hindu temples, including the famous Lempuyang Temple, known locally as Pura Luhur Lempuyang.

The central volcano, which is a predominant feature in this image, is called Mount Agung or Gunung Agung, meaning ‘Great Mountain’. The symmetrical and conical stratovolcano is the highest in Bali, standing at over 3000 m. When it erupted in 1963, it was one of the largest eruptions of the 20th century, claiming over 1000 lives and leaving more than 80 000 people homeless.

After being dormant over the following 50 years, Agung reawakened in November 2017. Fortunately, small earthquakes warned authorities in time for 100 000 people to be evacuated to safety. Agung still remains very active, with frequent small eruptions spewing ash and lava, causing flights to be cancelled.

In this image, a bright orange spot can be seen in the volcano’s crater. Recent research provides evidence that Agung and its neighbouring Batur volcano, visible northwest of Agung, may have a connected magma plumbing system.

Mount Batur, or Gunung Batur, has an unusual shape, with the volcanic cone visible in the centre of two concentric calderas.

This image, which was captured on 2 July 2018, is also featured on the Earth from Space video programme.