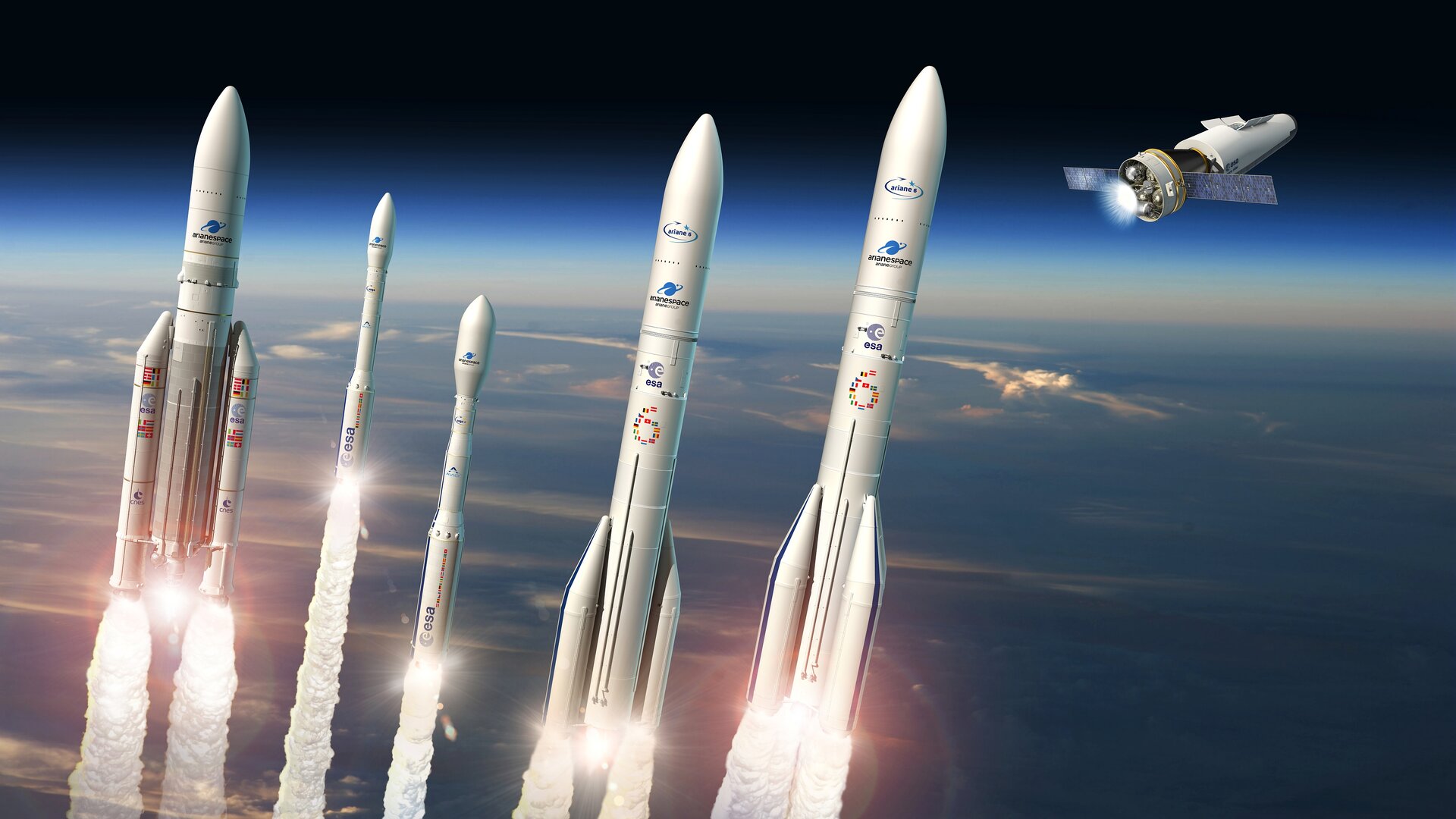 Europe’s Ariane 5 and Vega launch vehicles currently operate from Europe’s Spaceport in French Guiana, in the northeast of South America providing Europe with continued independent and autonomous access to space.

Vega-C is capable of a wide range of missions and through a range of payload carriers it can place one or multiple payloads up to 2.3 tonnes into orbit on a single flight. It replaces Vega.

Ariane 6 is Europe’s next-generation launch vehicle capable of delivering payloads of around 21 tonnes into low-Earth orbit. Ariane 6 has two versions – A62 and A64 – combining strength and versatility to place one or multiple satellites into any orbit. It is Europe's largest rocket yet at over 60 metres tall.

Space Rider is a reusable lifting body. Launched unmanned on Vega-C, it can stay in low-Earth orbit for more than two months, providing a platform for a range of experiments and demonstrations in microgravity. After each mission it will return to Earth to land on ground to return its cargo before minimal refurbishment for its next mission.