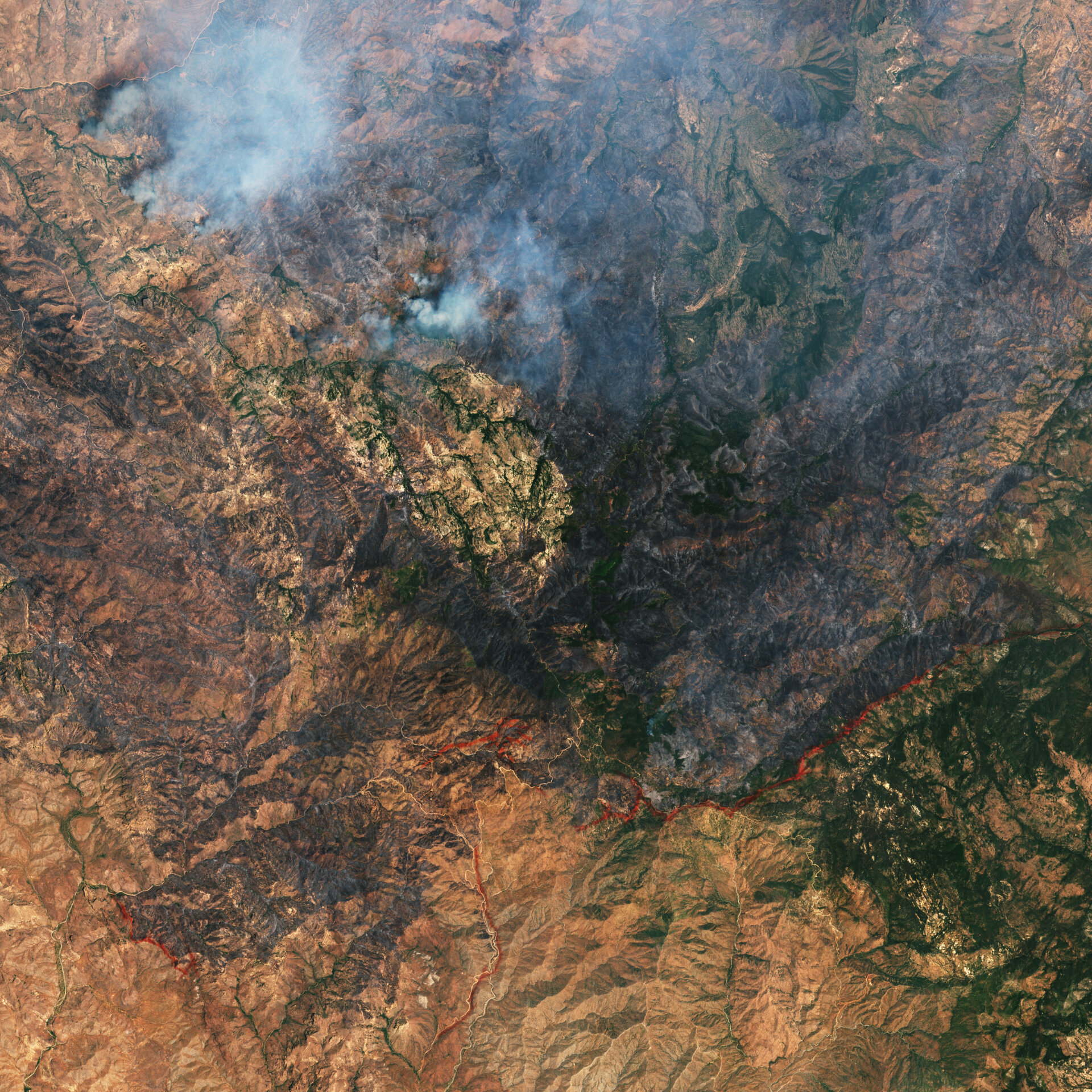 One of the largest wildfires recorded in Arizona, US, has been burning since 8 June, destroying vast swathes of vegetation across the Superstition Mountains east of Phoenix. Efforts to contain the fire include spraying flame retardant from aircraft. Coloured red so that firefighters can see it, the retardant is dropped ahead of the path of the fire to act as a break – and remarkably these red lines can be seen from space. This Copernicus Sentinel-2 image from 24 June not only captures the extent of the fire and burn scars, but also the red lines of the retardant.