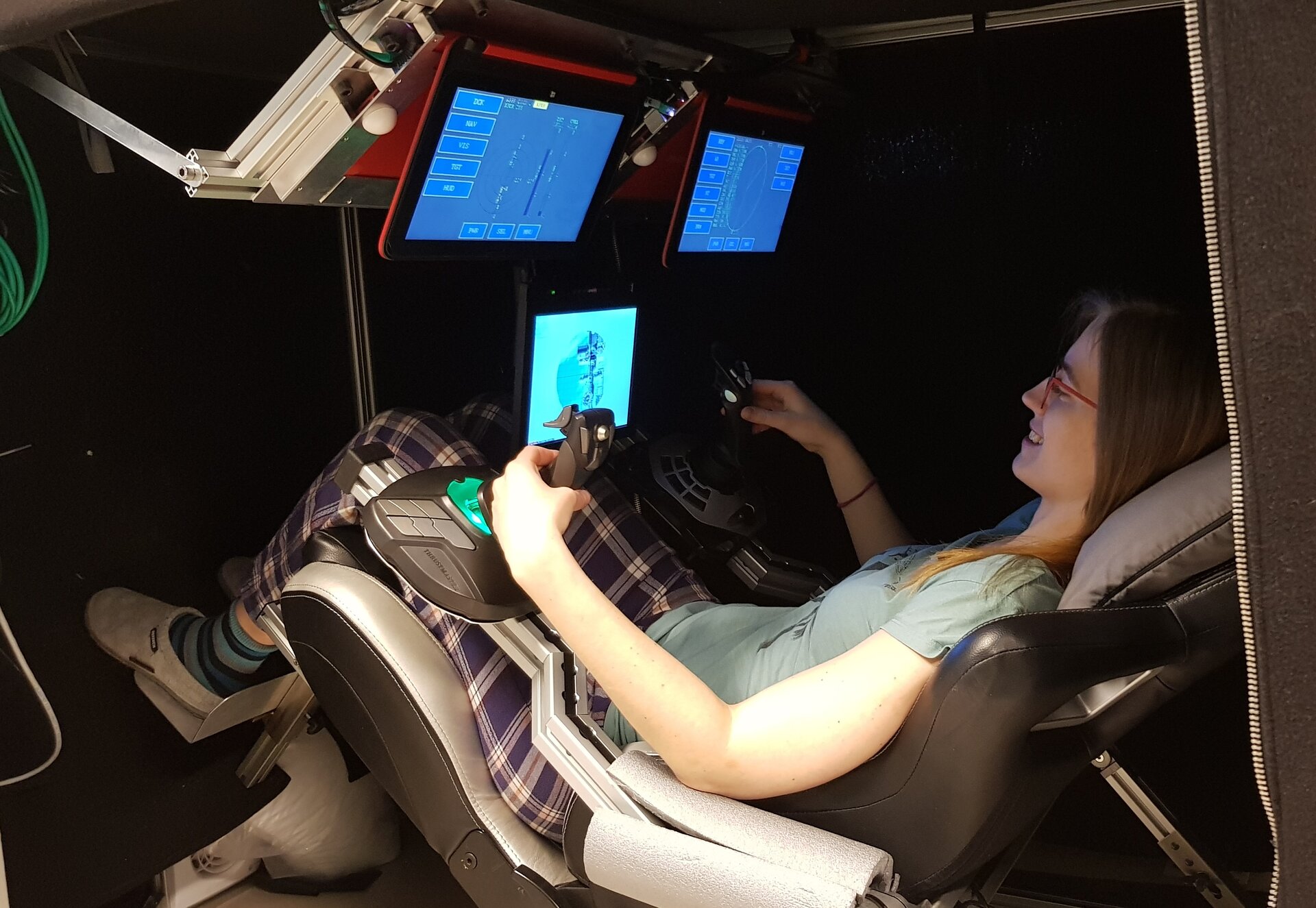 Soyuz simulator tests cognitive and motor skills over time. Participants are divided into two groups that ‘pilot’ the Soyuz at different time intervals throughout their stay at Concordia research station in Antarctica. The study measures the lapse in motor skills and reaction times due to the isolation and oxygen deprivation.

Concordia research station is a collaboration between the French Polar Institute and the Italian Antarctic programme. It is one of only three bases  that is inhabited all year long, and is located at the mountain plateau called Dome C.