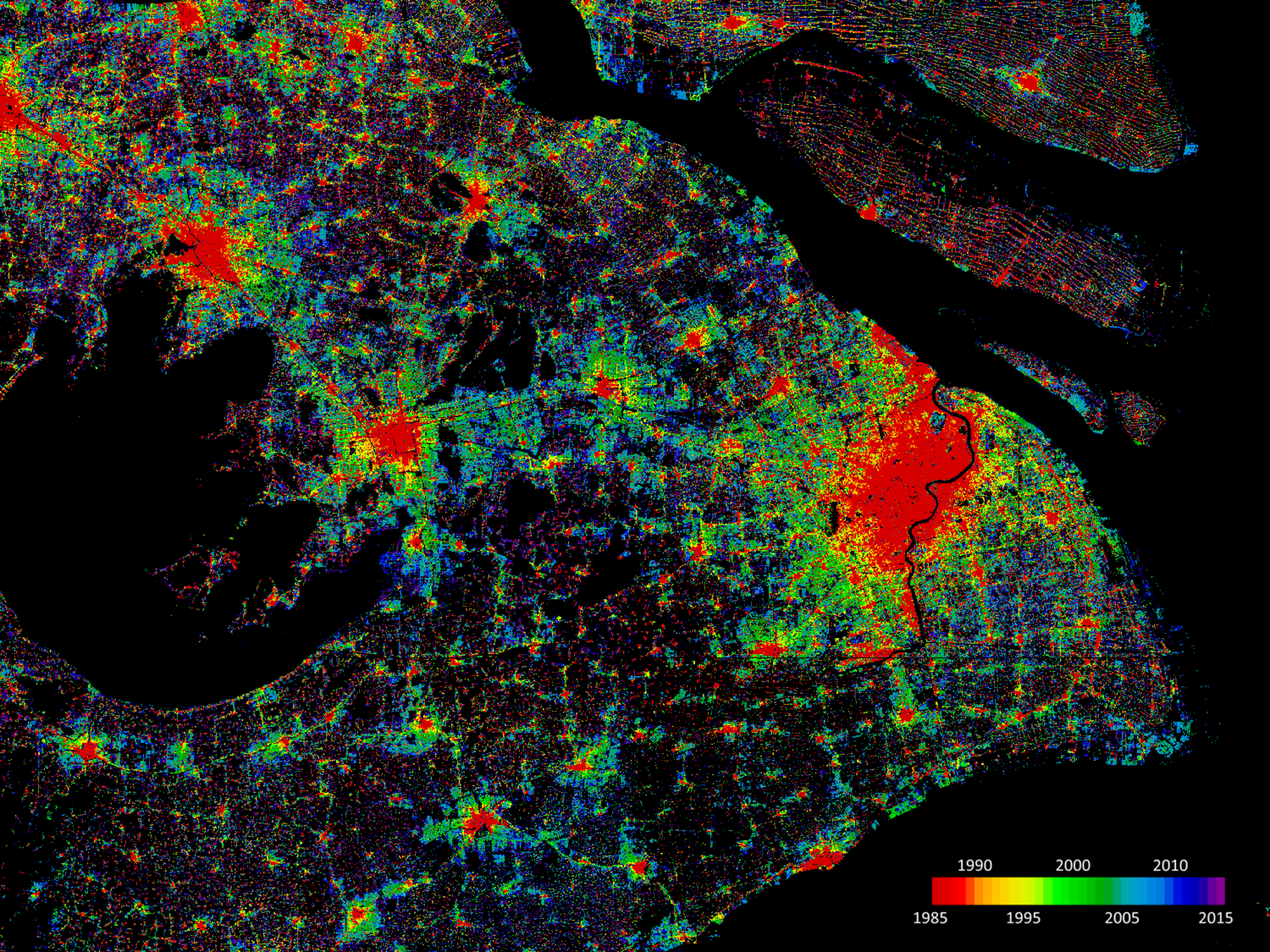 WSF-Evolution showing the urban sprawl in the city of Shanghai. The image shows the level of urban growth at five year intervals from 1985 to 2015. WSF-Evolution will utilise six million satellite images from the US Landsat 5 and 7, to create a novel dataset outlining the settlement extent globally and at a yearly interval from 1985 to 2015. It will be released later this year.