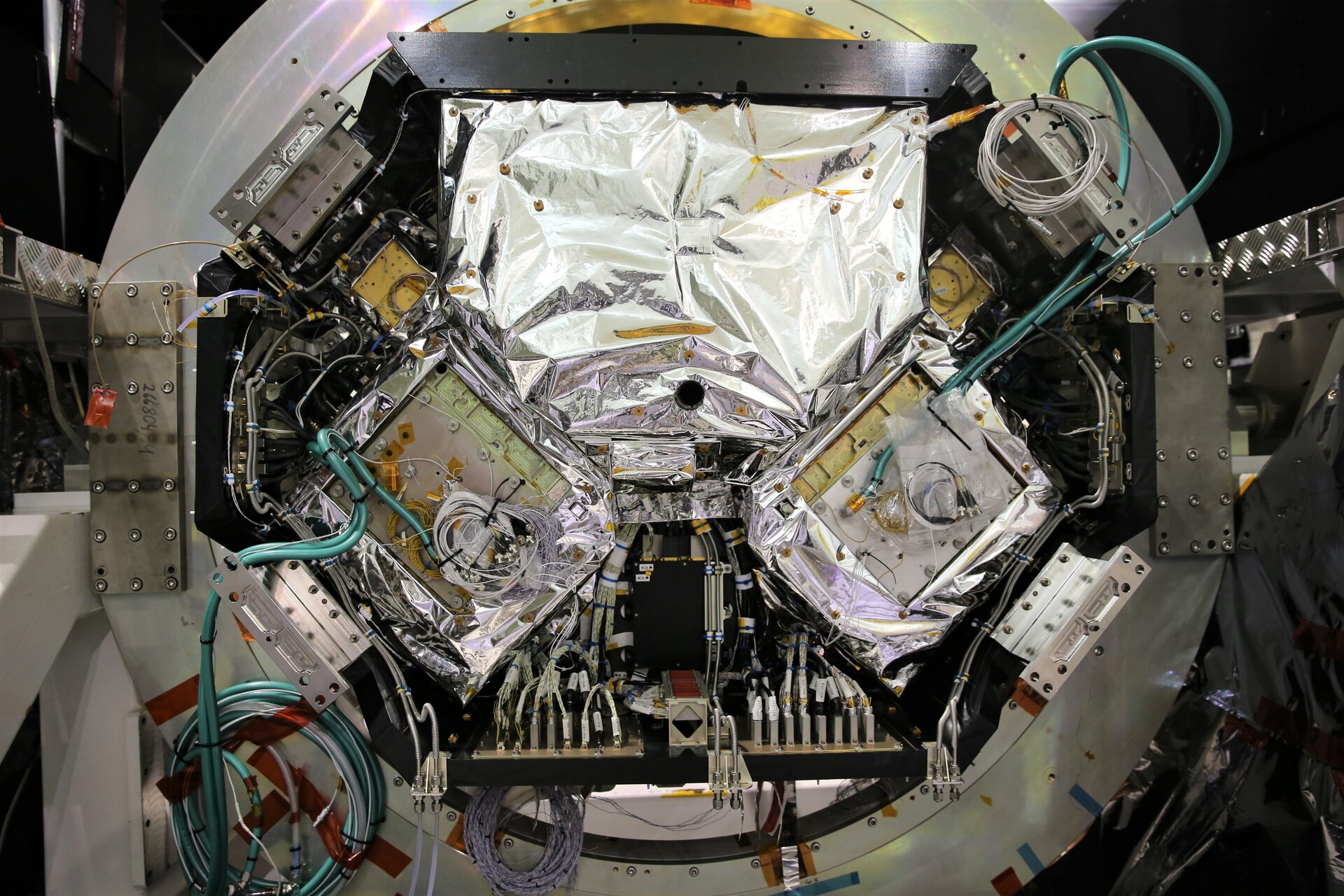 This photo, which was taken in the cleanroom when Aeolus was being built, shows the instrument’s two lasers. They are the two large square plate-like items in the middle.

Aeolus carries the world’s first space Doppler wind lidar. It works by emitting short, powerful pulses of ultraviolet light from a laser and measures the Doppler shift from the very small amount of light that is scattered back to the instrument from molecules and particles in the atmosphere to deliver vertical profiles that show the speed of the world’s winds in the lowermost 30 km of the atmosphere.

While it has been delivering high-quality global measurements of Earth’s wind since it was launched in August 2018, the laser transmitter, has been slowly losing energy. As a result, ESA decided to switch over to the instrument’s second laser, and the mission is back on top form.