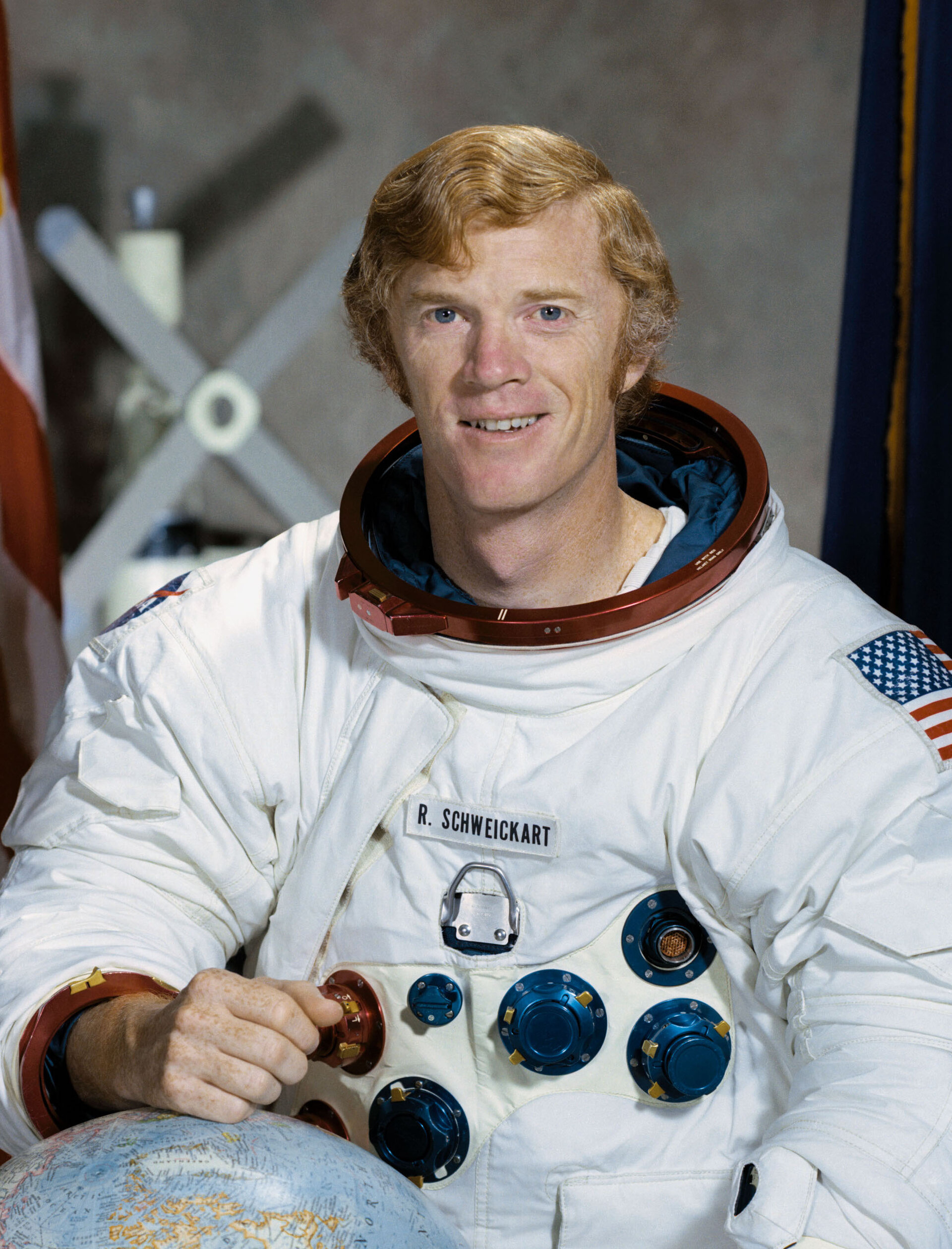 Russell Louis "Rusty" Schweickart (born October 25, 1935) is an American aeronautical engineer, and a former NASA astronaut, research scientist, U.S. Air Force fighter pilot, as well as a former business executive and government executive. Selected in 1963 for NASA's third astronaut group, he is best known as the Lunar Module Pilot on the 1969 Apollo 9 mission, the first manned flight test of the Lunar Module, on which he performed the first in-space test of the Portable Life Support System used by the Apollo astronauts who walked on the Moon. As backup Commander of the first manned Skylab mission in 1973, he was responsible for developing the hardware and procedures used by the first crew to perform critical in-flight repairs of the Skylab station. After Skylab, he served for a time as Director of User Affairs in NASA's Office of Applications.