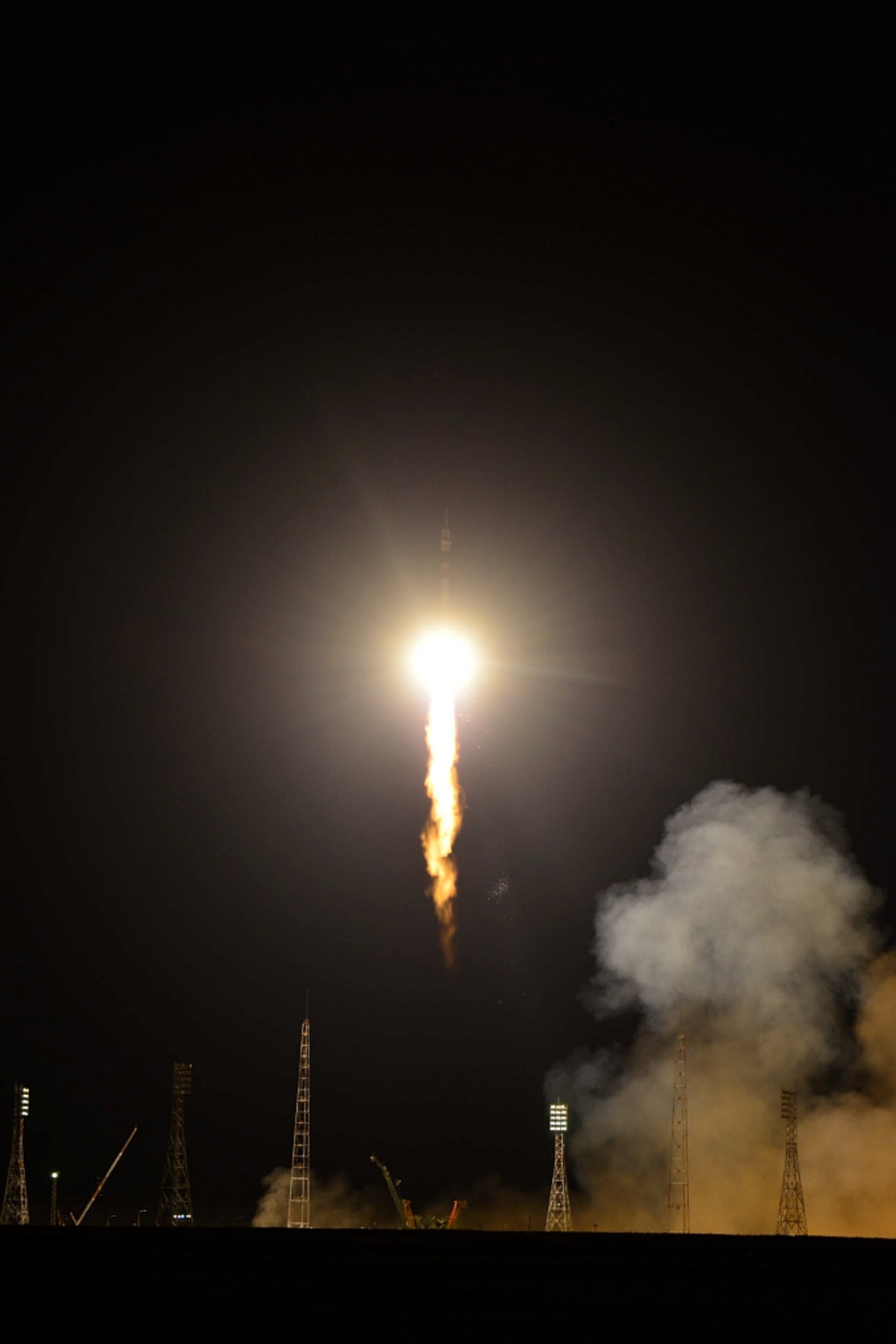 ESA astronaut Luca Parmitano was launched to the International Space Station from the Baikonur cosmodrome in Kazakhstan on 20 July 2019 alongside NASA astronaut Drew Morgan and Russian cosmonaut Alexander Skvortsov.

The trio travelled to the Station in a Soyuz MS-13 spacecraft and will spend more than six months living and working in orbit.

Beyond is Luca’s second space mission – his first was Volare in 2013. During the second part of this mission, known as Expedition 61, Luca will become the third European and first Italian commander of the International Space Station.

During Beyond, Luca will support over 50 European experiments and more than 200 International experiments in microgravity. A number of these experiments, such as Grip and Grasp, are continuations from previous missions.

New experiments include BioRock, an experiment looking at the potential of microbes in extracting minerals from rocks on other planets, and NutrISS, which looks at the best strategies for monitoring and controlling changes in energy balance, metabolism and body composition during spaceflight.

See http://lucaparmitano.esa.int for more about Luca’s Beyond mission and visit the blog for regular updates.