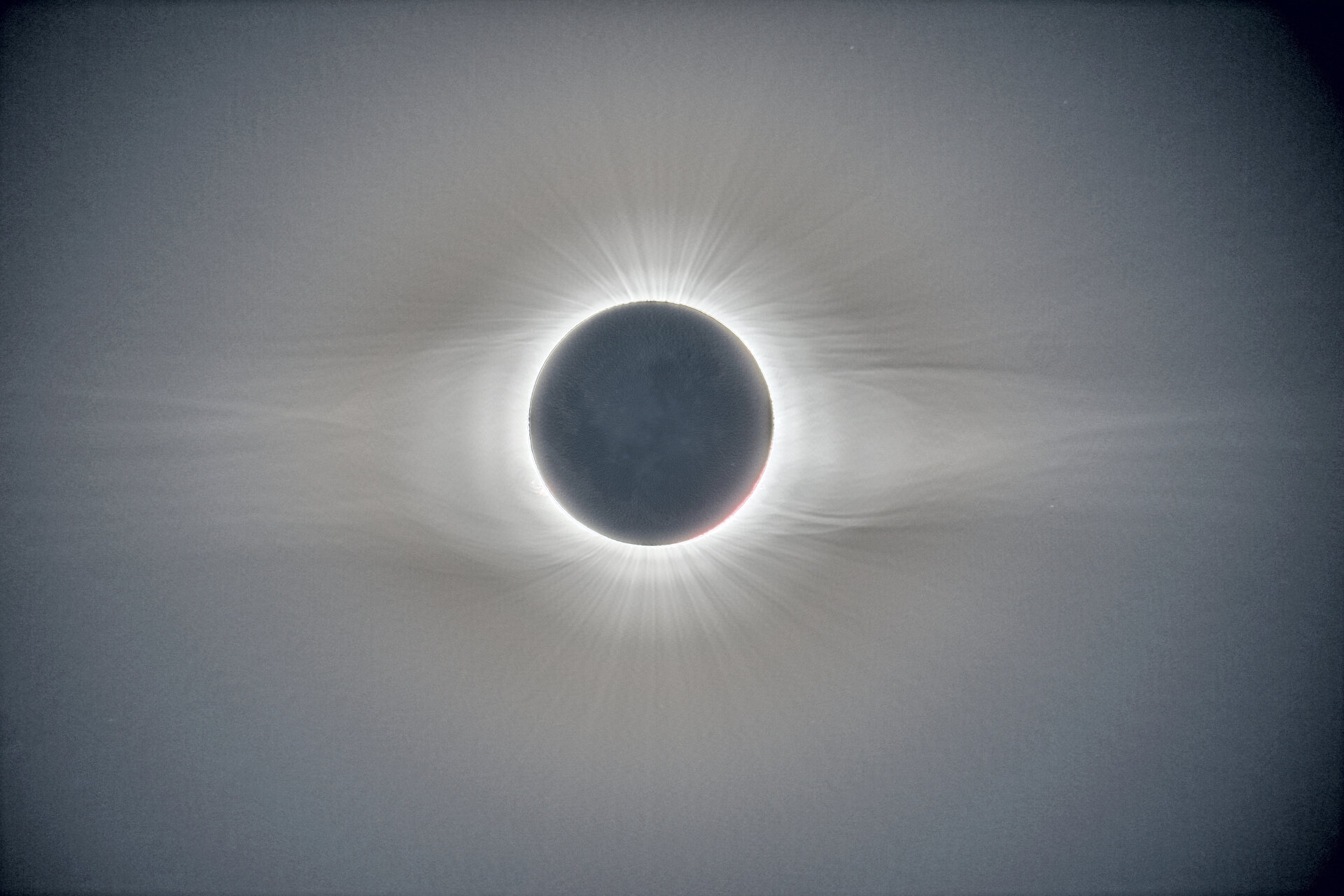 This image – combined of many exposures – captures 'totality' during the 2 July 2019 total solar eclipse, the moment that the Moon passes directly in front of the Sun from Earth's perspective, blocking out its light and allowing the Sun's extended atmosphere – the corona – to be seen. The processing of this image highlights the intricate detail of the corona, its structures shaped by the Sun's magnetic field. Some details of the lunar surface can also be seen. The image was created by the ESA-CESAR team observing the eclipse from ESO's La Silla Observatory in Chile, South America.