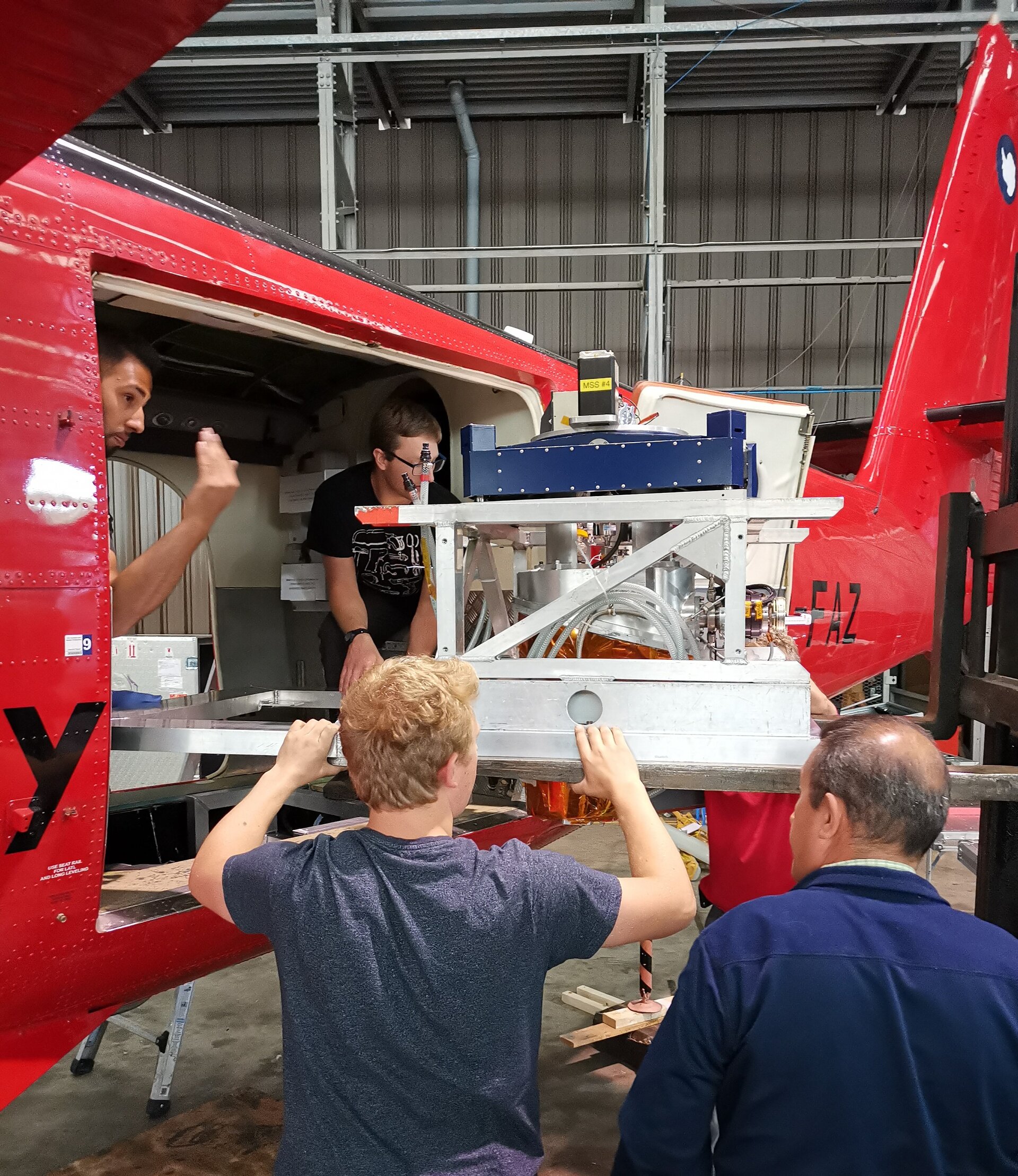 Hytes is an advanced thermal imager built by NASA’s Jet Propulsion Laboratory. It has been surveying agricultural and urban areas in the UK and Italy as part of a joint airborne campaign between ESA and NASA. The results will help provide test data to support the development of the proposed Land Surface Temperature Monitoring mission, which is one of six new missions being considered for Europe’s Copernicus programme. As with the Copernicus Sentinel missions, these new missions are being developed by ESA. In preparation for the campaign, the photo shows the instrument being fitted a BAS aircraft in Duxford, UK.