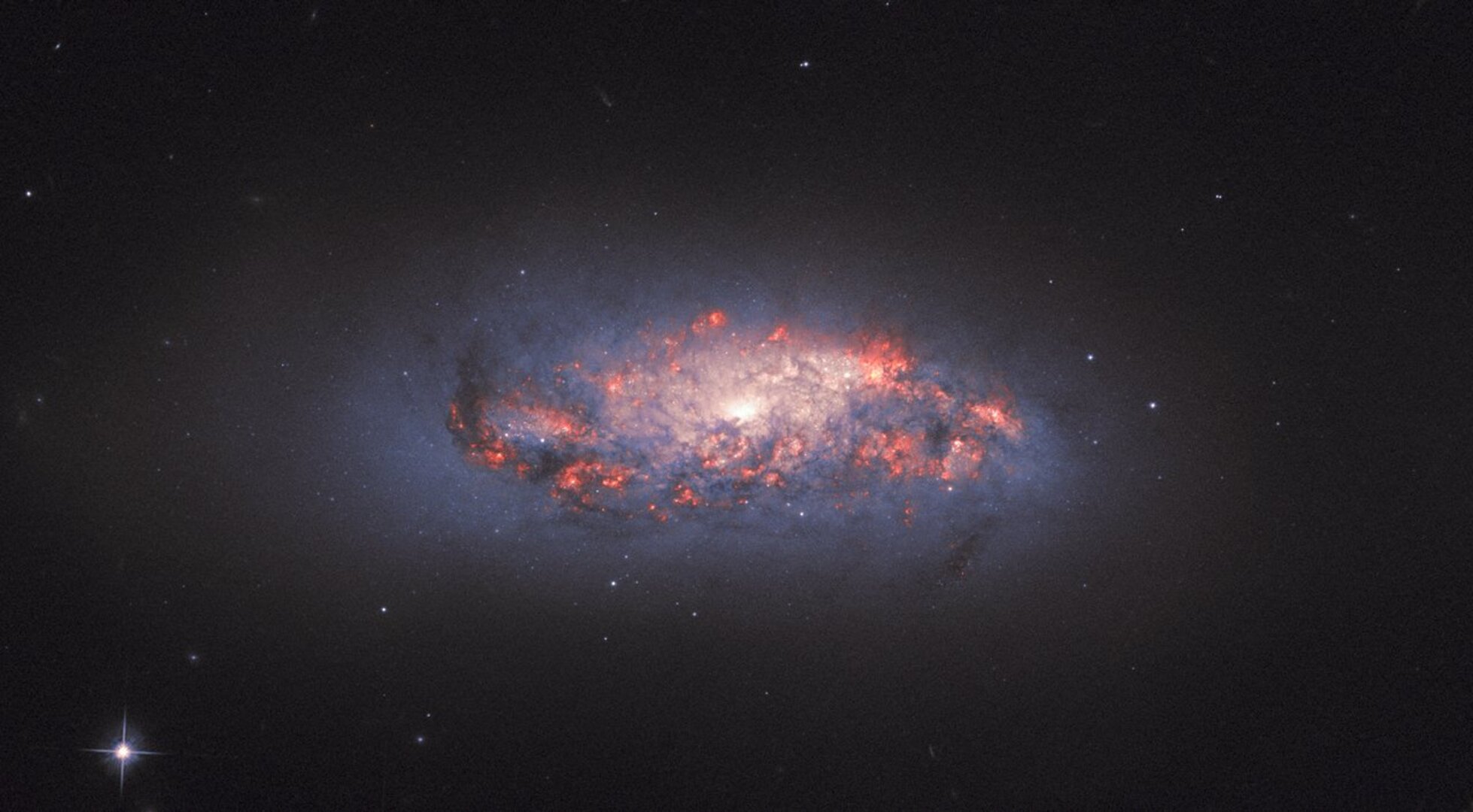 The orange-pink glow is created as hydrogen gas reacts to the intense light streaming outwards from nearby newborn stars; these bright patches can be seen here amid dark, tangled streams of cosmic dust.

Astronomers look for these telltale signs of star formation when they study galaxies throughout the cosmos, as star formation rates, locations, and histories offer critical clues as to how these colossal collections of gas and dust have evolved over time. New generations of stars contribute to — and are also, in turn, influenced by — the broader forces and factors that mould galaxies throughout the Universe, such as gravity, radiation, matter, and dark matter.

German-British astronomer William Herschel is credited with the discovery of NGC 972 in 1784. Astronomers have since measured its distance, finding it to be just under 70 million light-years.