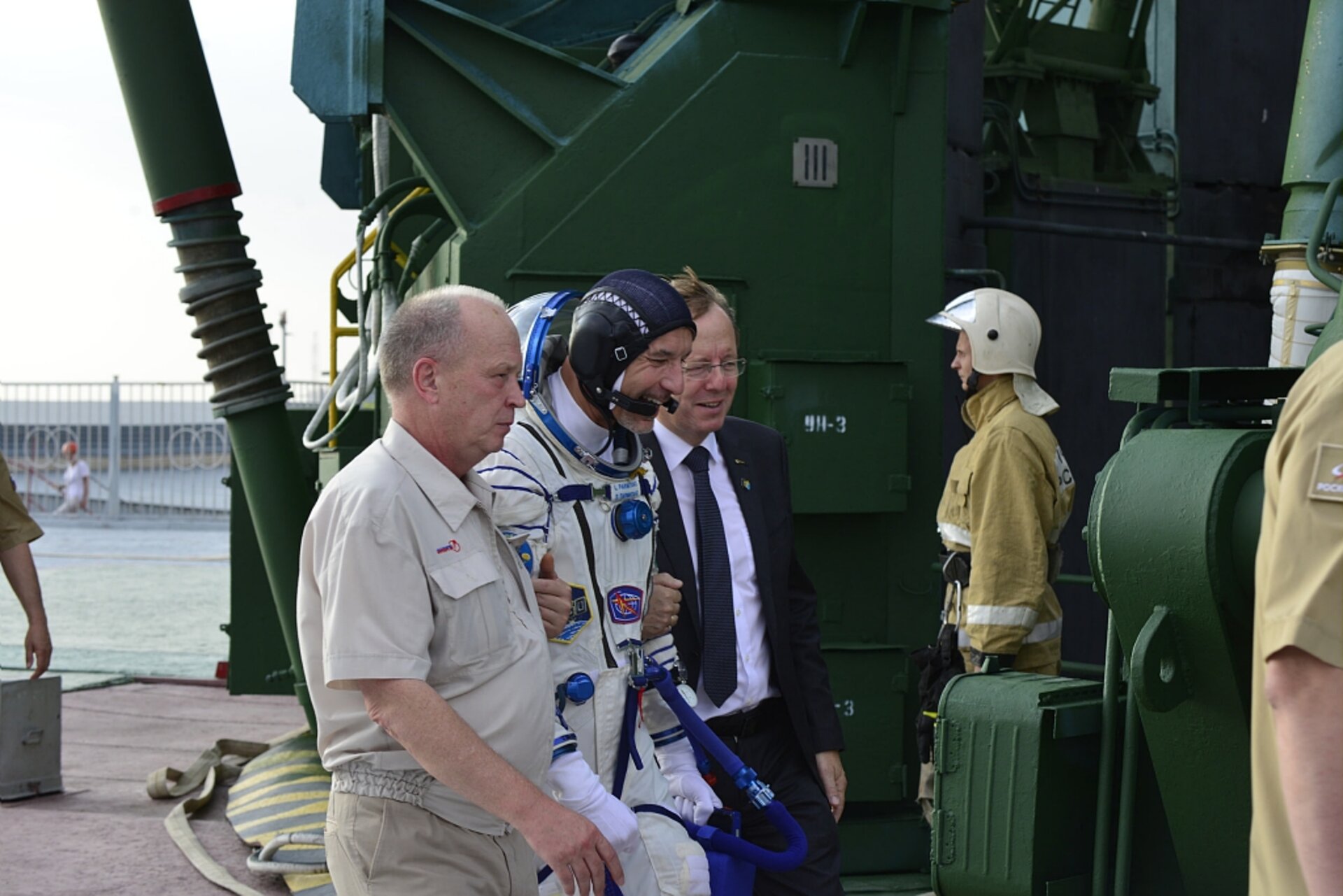 On the way to the rocket

ESA astronaut Luca Parmitano with ESA Director General Jan Wörner on the launchpad at Baikonur as he makes his way to the Soyuz MS-13 spacecraft that will transport him and his crewmates to the International Space Station.

Luca, NASA astronaut Drew Morgan and Roscosmos cosmonaut and Soyuz commander Alexander Skvortsov will be launched in their Soyuz MS-13 spacecraft from the Baikonur Cosmodrome on Saturday 20 July. This date coincides with the 50th anniversary of the Apollo 11 Moon landing and marks the start of Luca’s second space mission known as ‘Beyond’.