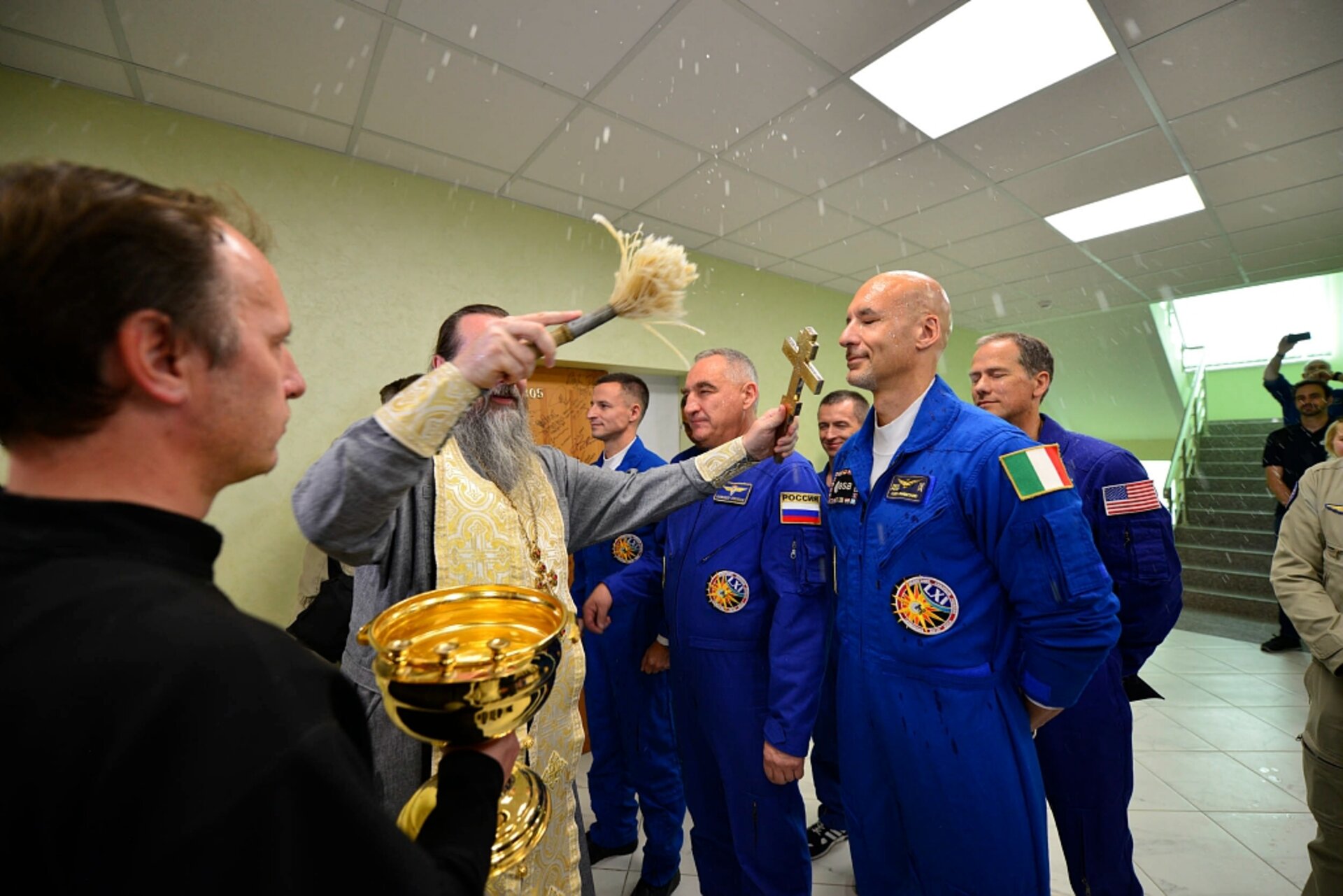 The crew of Soyuz MS-13 receive the traditional blessing from a Russian Orthodox priest prior to departing for the Baikonour cosmodrome, in Kazakhstan on 20 July 2019.