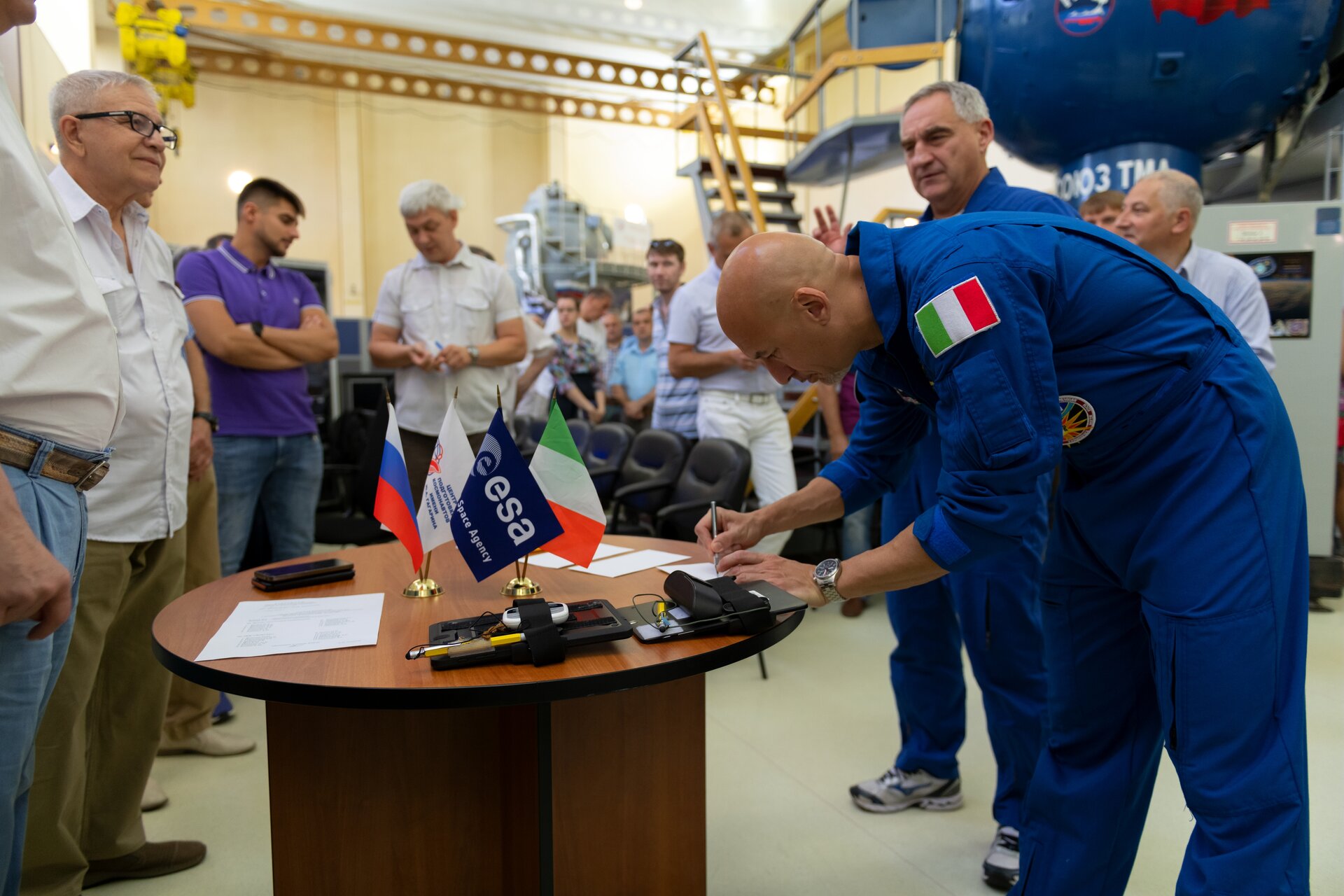 This image shows Luca working on his Soyuz qualification training, with the Soyuz TMA simulator to train for rendevous and docking procedures and to flying skills.

The astronauts work through several crisis scenarios and this session also served as the final exam for their Soyuz qualification training.