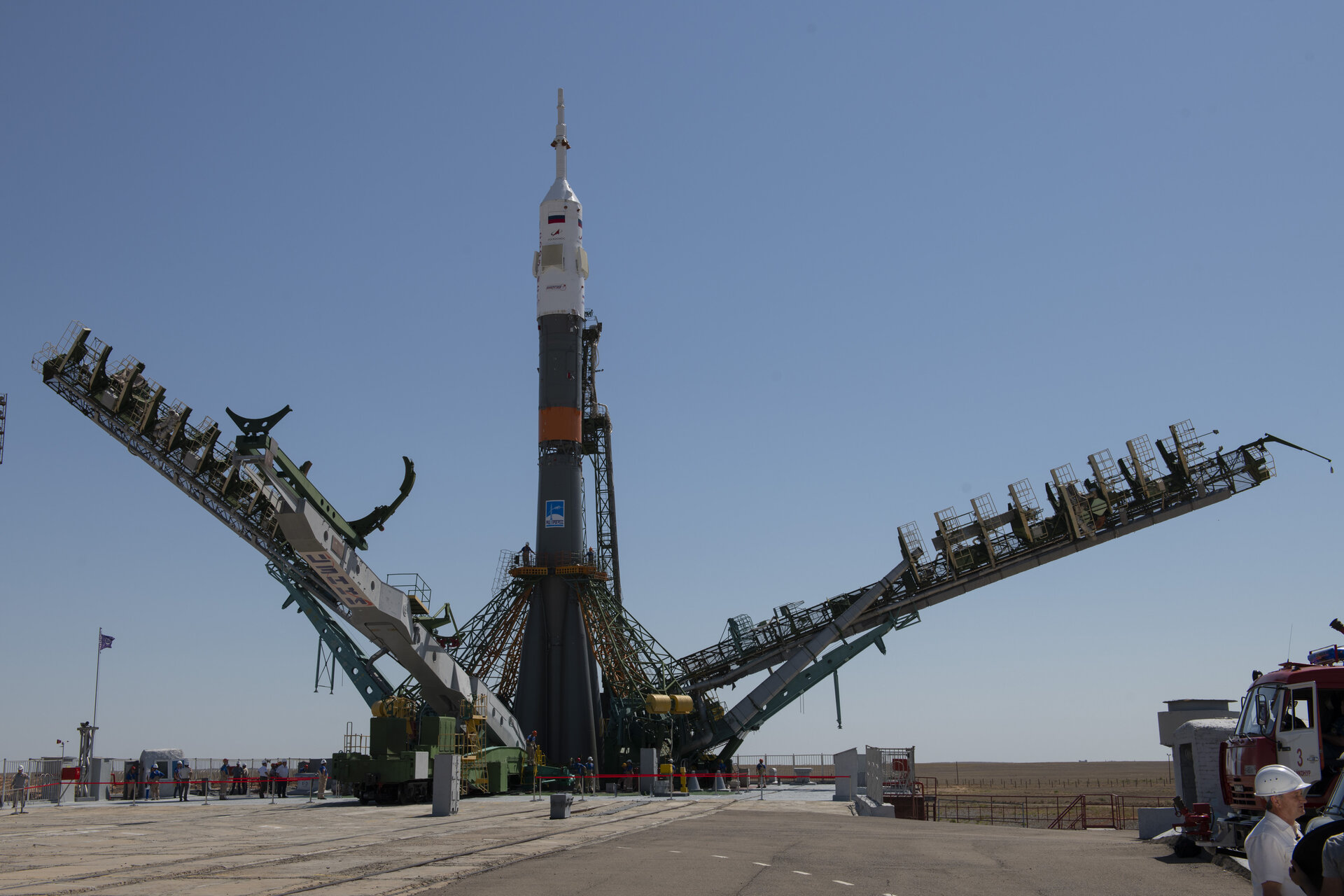 Soyuz rollout for Beyond mission

The Russian Soyuz MS-13 spacecraft that will transport ESA astronaut Luca Parmitano to the International Space Station is rolled out onto launchpad number one at the Baikonur Cosmodrome in Kazakhstan.

This rocket will be launched on Saturday 20 July, marking the start of Luca’s second space mission known as Beyond.

In the lead-up to liftoff, component parts of a Soyuz spacecraft are brought to Kazakhstan to be assembled. Once the rocket is ready, it is loaded onto a train and transported to the launchpad.

The rollout happens in the morning, two days ahead of launch day. It is considered bad luck for the crew to witness this rollout or see the rocket again before the day of their launch, though the rollout is witnessed by the backup crew and support teams.

When the train arrives at its destination on the launchpad, the rocket is put into position. When it is fully lifted, four green arms ensure it is secured correctly for liftoff. These arms will mechanically rotate away to release the rocket at the time of launch.

After the rocket has been secured, the service structure containing the stairs and elevator as well as the umbilical towers that provide fuel and liquid oxygen, are erected.