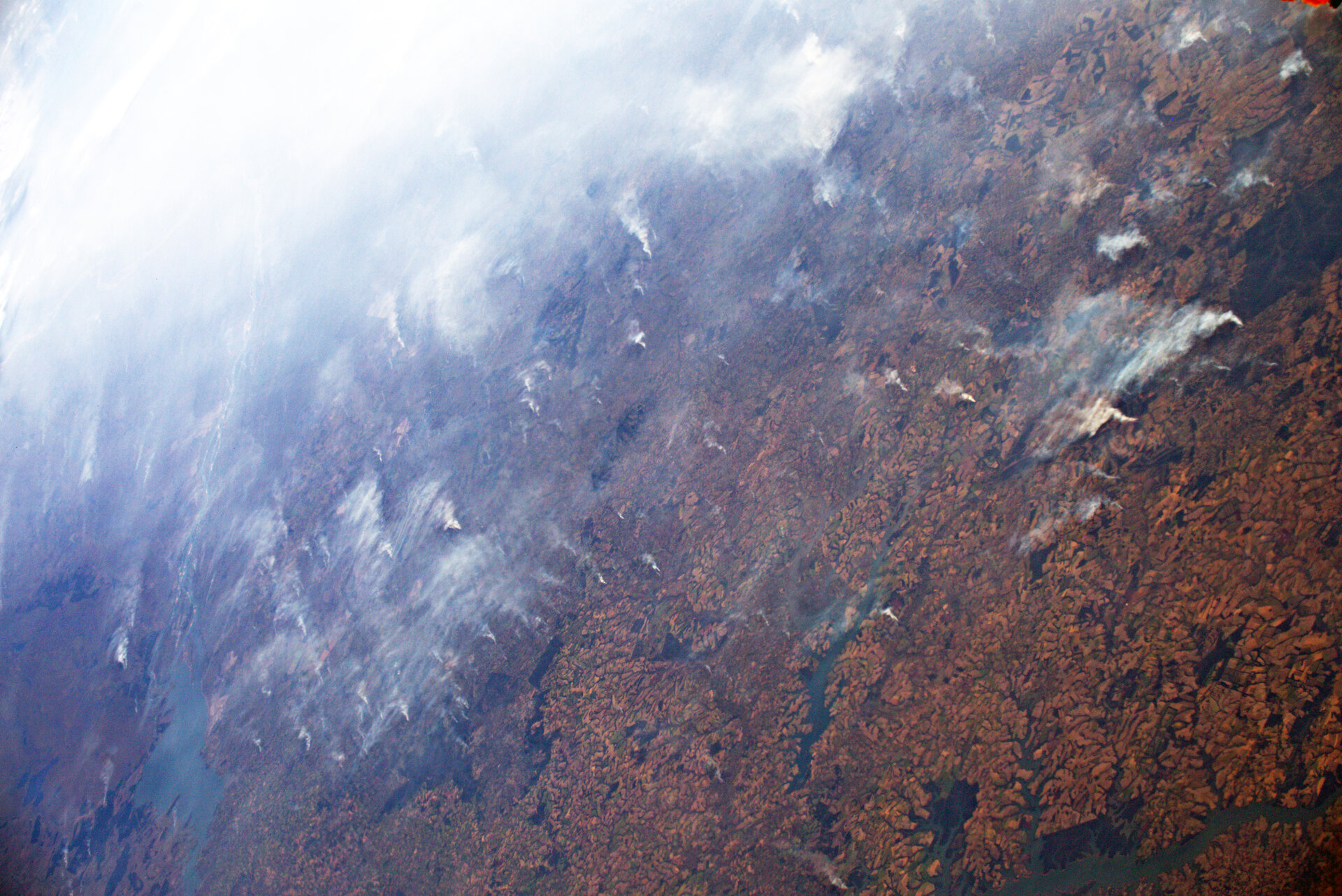 The Amazon rainforest is burning.

As relief agencies turn to satellite data to help assess the scale, astronauts too are helping to provide context from the International Space Station.

ESA astronaut Luca Parmitano took this image, among a series, from his vantage point 400 km above Earth on 24 August 2019. He tweeted the images, captioning them: “The smoke, visible for thousands of kilometres, of tens of human-caused fires in the Amazon forest.”

The Amazon basin is home to millions of plants and animals and many indigenous people. It also produces a significant amount of the Earth’s oxygen, for which it is sometimes referred to as ‘the lungs of the world’. The Amazon rainforest covers large parts of Brazil, as well as parts of Peru, Bolivia, Paraguay and Argentina, all of which have been affected.

While fires rage in the rainforest, strong winds have carried smoke plumes thousands of kilometres across land and sea, causing a black out in São Paulo, Brazil, some 2500 km away. Data from Copernicus Atmosphere Monitoring System (CAMS) shows that smoke has even travelled as far as the Atlantic coast.

Fires are common during the dry season, which runs from July to October. But this year is unlike any other.

Copernicus Sentinel-3 data has helped to detect almost 4000 fires in August 2019 alone, compared to only 1110 fires in the same period last year.

This year’s unprecedented blazes are four times the normal amount and are likely due to legal and illegal deforestation for agricultural purposes.

The fires have sparked an international crisis, with many grappling with what a burning Amazon means for local plant, animal, and indigenous populations, not to mention our planet’s future.

As Luca tweeted, there is no Planet B.

Read more about the fires and how satellites are observing them in this article.