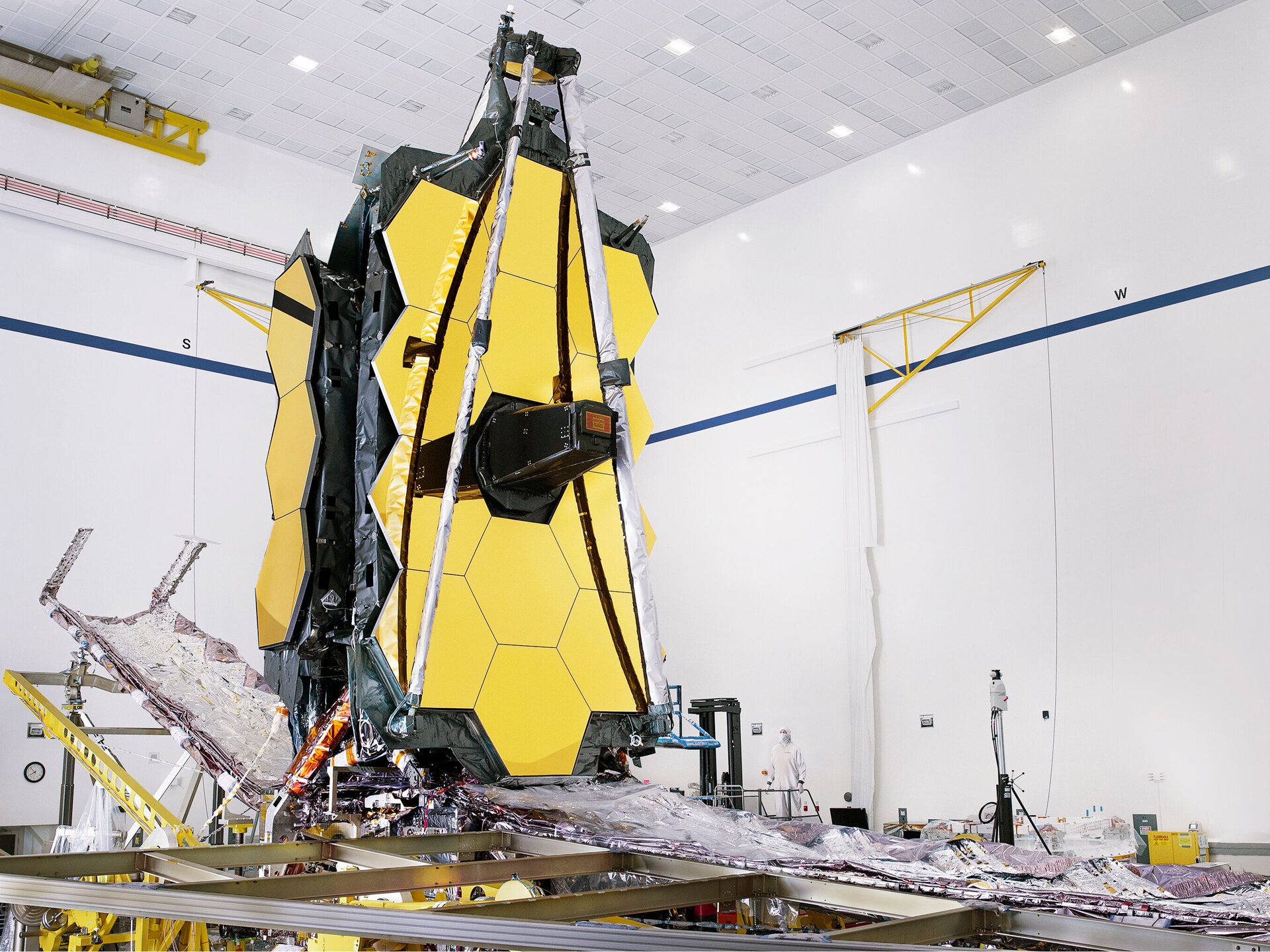 Reaching a major milestone, engineers have connected successfully the two halves of the NASA/ESA/CSA James Webb Space Telescope for the first time at Northrop Grumman’s facilities in Redondo Beach, California. Once it reaches space, Webb will explore the cosmos using infrared light, from planets and moons within our Solar System to the most ancient and distant galaxies.

To combine both halves of Webb, engineers carefully lifted the telescope (which includes the mirrors and science instruments) above the already-combined sunshield and spacecraft using a crane. Team members slowly guided the telescope into place, ensuring that all primary points of contact were perfectly aligned and seated properly. The observatory has been mechanically connected; next steps will be to electrically connect the halves, and then test the electrical connections.

Later, engineers will fully deploy the intricate five-layer sunshield, which is designed to keep Webb's mirrors and scientific instruments cold by blocking infrared light from Earth, the Moon and Sun. The ability of the sunshield to deploy to its correct shape is critical to mission success.

Webb is scheduled for launch on a European Ariane 5 rocket from French Guiana in March 2021.

Read more about the assembly of the two halves