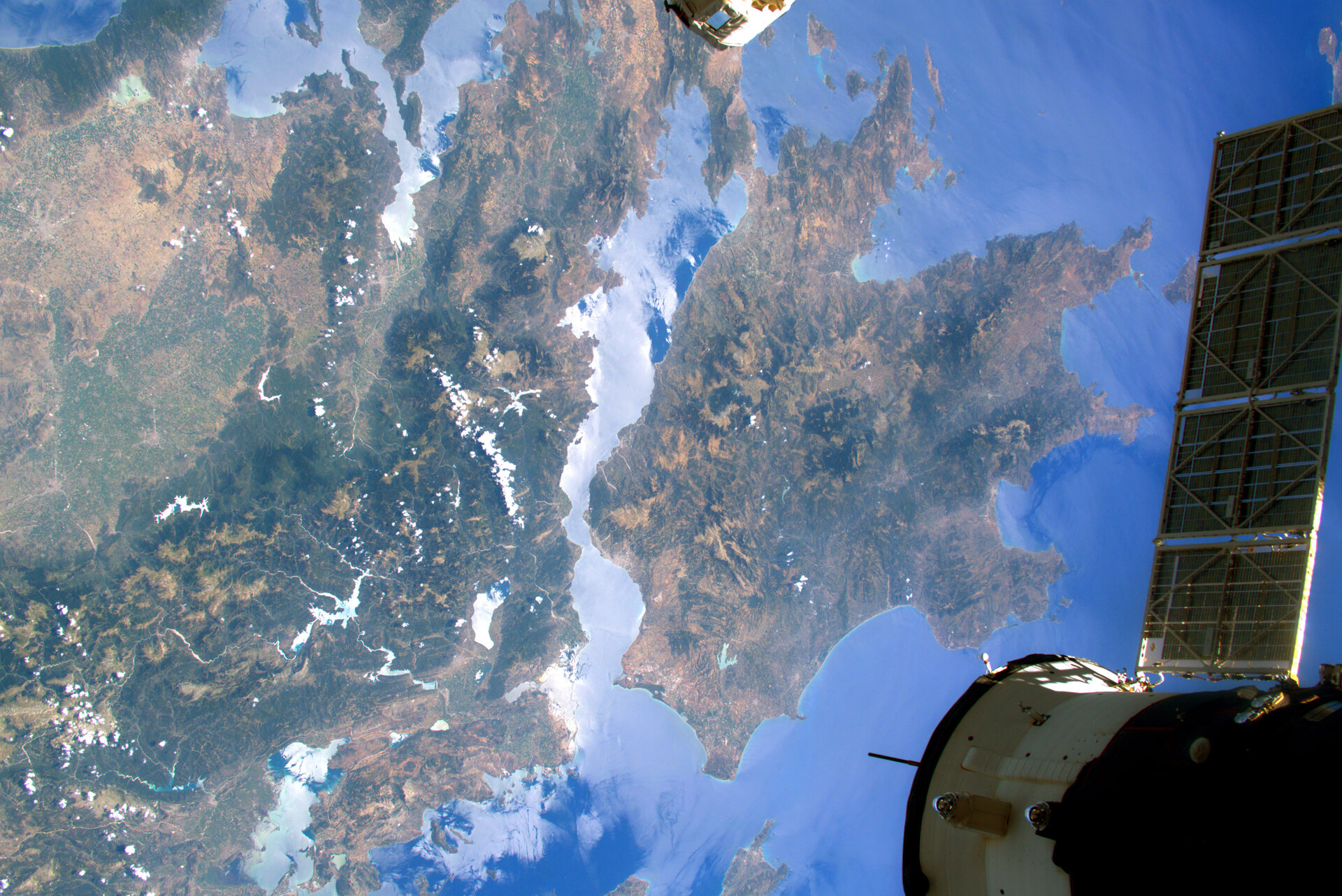 ESA astronaut Luca Parmitano captured this image of Greece from the International Space Station and shared it on his social media channels saying: "Crib of history and mother of culture, land of ancient heroes and explorers - a flight over Greece. We’re sending our greetings from the peak of science and technology."