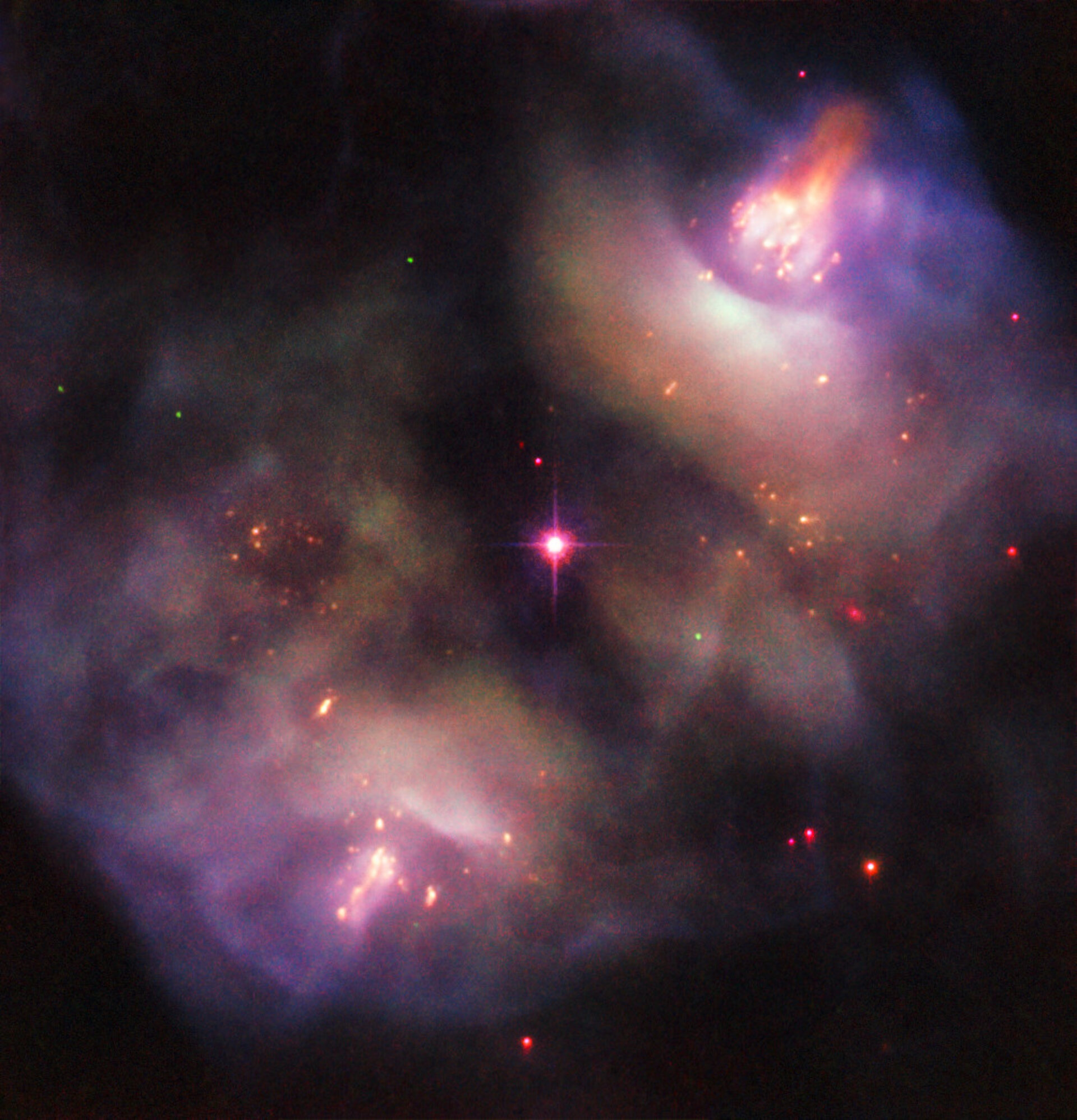 The death of a star

This atmospheric Picture of the Week, taken with the NASA/ESA Hubble Space Telescope, shows a dark, gloomy scene in the constellation of Gemini (The Twins). The subject of this image confused astronomers when it was first studied — rather than being classified as a single object, it was instead recorded as two objects, owing to its symmetrical lobed structure (known as NGC 2371 and NGC 2372, though sometimes referred to together as NGC 2371/2).

These two lobes are visible to the upper left and lower right of the frame, and together form something known as a planetary nebula. Despite the name, such nebulae have nothing to do with planets; NGC 2371/2 formed when a Sun-like star reached the end of its life and blasted off its outer layers, shedding the constituent material and pushing it out into space to leave just a superheated stellar remnant behind. This remnant is visible as the orange-tinted star at the centre of the frame, sitting neatly between the two lobes.

The structure of this region is complex. It is filled with dense knots of gas, fast-moving jets that appear to be changing direction over time, and expanding clouds of material streaming outwards on diametrically opposite sides of the remnant star. Patches of this scene glow brightly as the remnant star emits energetic radiation that excites the gas within these regions, causing it to light up. This scene will continue to change over the next few thousand years; eventually the knotty lobes will dissipate completely, and the remnant star will cool and dim to form a white dwarf.